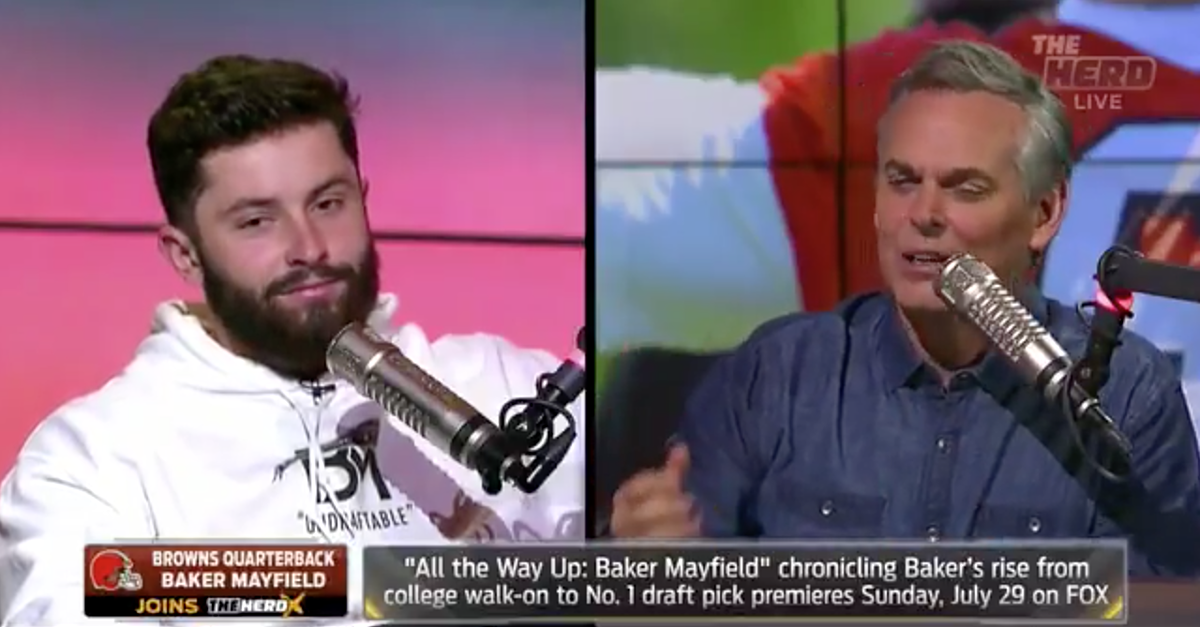 Baker Mayfield refused to be bullied by Colin Cowherd.

Baker Mayfield did not back down when Fox Sports Radio host Colin Cowherd used a clip from last season’s Oklahoma-Ohio State game to insinuate that Mayfield is a bad teammate.

The video showed Mayfield running away from his teammates after the Sooners score their final touchdown of the 31–16 road victory.

Mayfield explained that he went to celebrate with the Oklahoma band and traveling fans, and chastised the host for picking the one touchdown where Mayfield wasn’t celebrating with his teammates.

Cowherd didn’t back down, but neither did Mayfield.

• For more Mayfield, watch “The Big Interview” with all five 2018 first-round quarterbacks, only on SI TV.

Cowherd, who is no stranger to making snap judgments about a player’s character based on a brief celebration, also called Mayfield “undraftable” due to the video from last summer of the quarterback attempting to run away from police. Mayfield, who the Browns determined to be the most draftable player when they took him at No. 1, wore a hoodie with Cowherd’s quote for the interview.