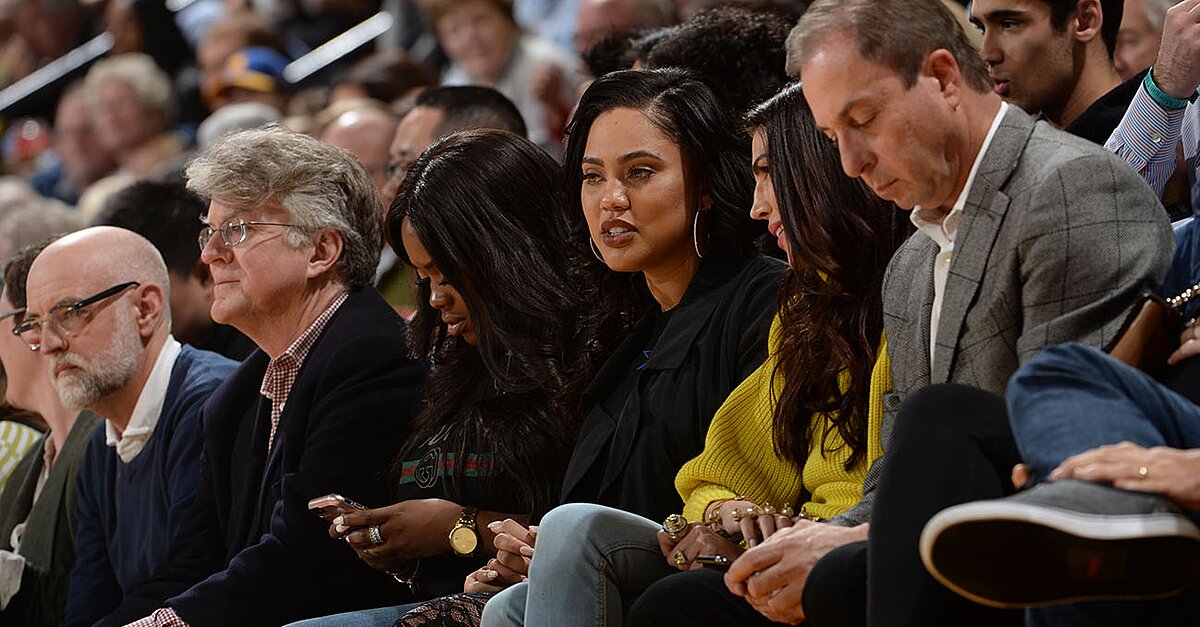 Ayesha Curry was seen arguing with a Rockets fan after Game 5 after he bumped her pregnant belly.

A video went viral on Twitter of a Rockets fan taunting Curry outside of Toyota Center.

He went on to repeatedly call Curry “all bitter and sour” after she tried to talk back to the man.

Curry clapped back on Twitter, revealing, “this man bumped me in my 8 month pregnant belly asking and I quote ‘doesn’t losing feel like getting punched in the gut?’ And continued to follow me and taunt me.”

After people criticized her, she decided to end the conversation by tweeting, “I don’t have time for this anymore today y’all.”

The Rockets beat the Warriors 98-94 in Game 5 in Houston. Curry’s husband, Warriors guard Steph, scored 22 points with 7 rebounds and 6 assists in Game 5.

Game 6 will be played in Oakland.