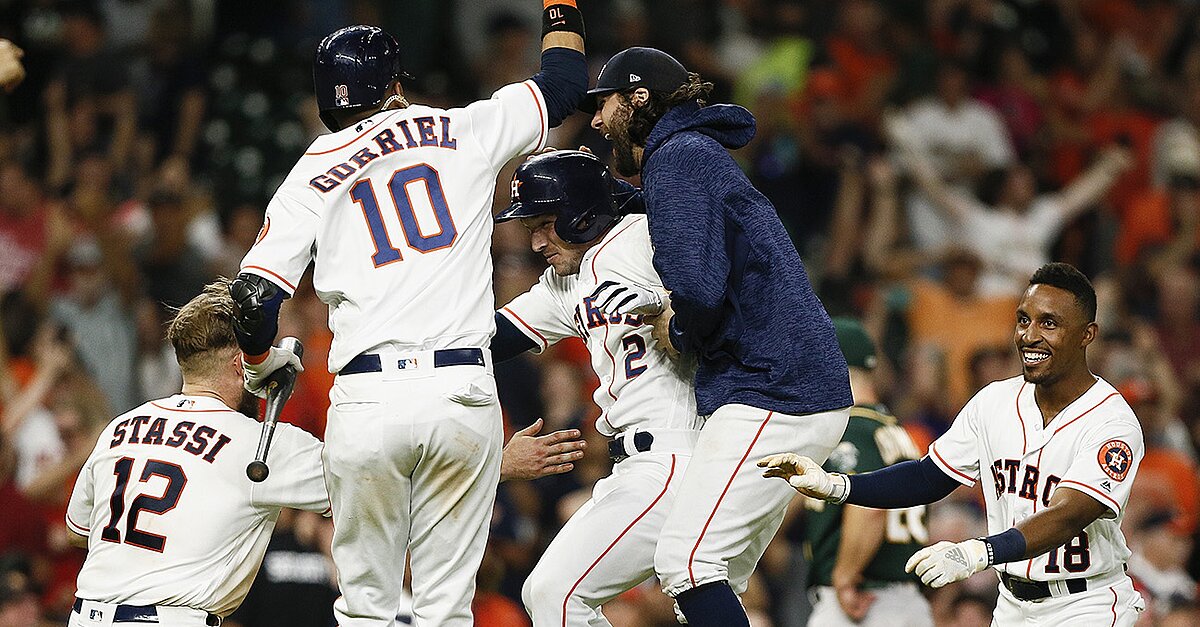 Alex Bregman was the hero in Tuesday’s walk-off win with two home runs and a final “hit” that was one of the weirdest in baseball history.

The Astros beat the Athletics 6–5 on Tuesday in a way that no one has really ever seen before.

Alex Bregman dribbled a ball a few feet from home plate that A’s catcher Jonathan Lucroy picked up. As Lucroy tried to tag Bregman, he dropped the ball and threw it into right field when trying to throw to first. Kyle Tucker came around to score the winning run for Houston.

The Athletics challenged the play, and commentators tried to process what just happened.

The call on the field was upheld, and Bregman officially reached first on a throwing error from Lucroy.

The Astros continue their four-game series against the A’s on Wednesday.