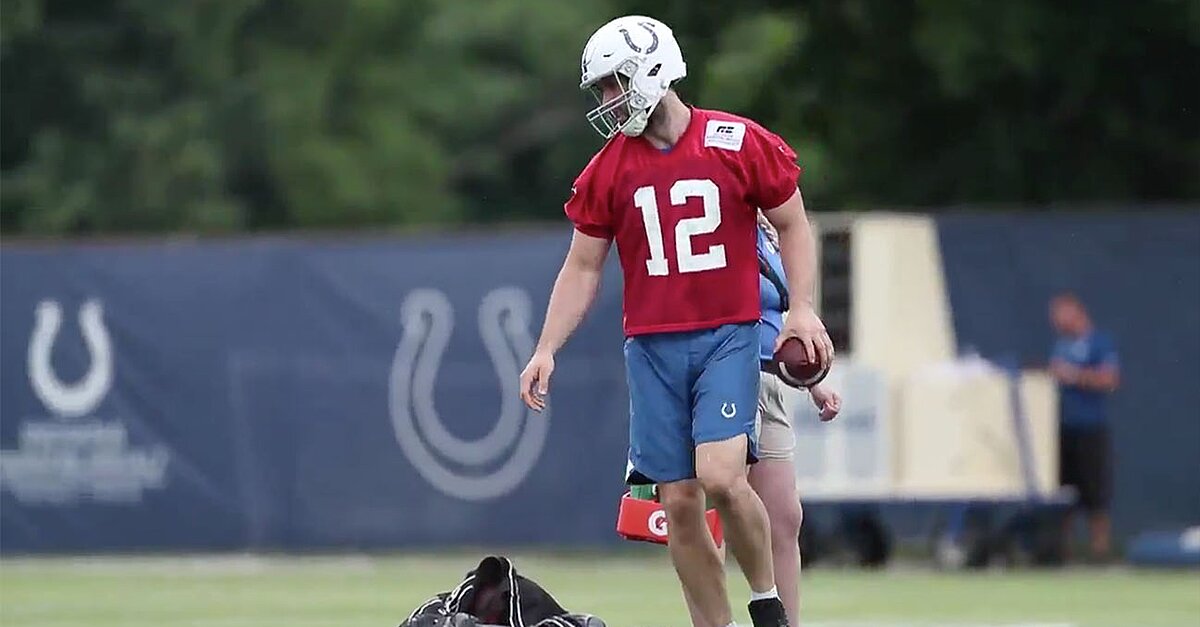 Andrew Luck missed all of the 2017 season after an offseason should surgery.

In January 2017, Andrew Luck had shoulder surgery on a torn right labrum and it kept him out of the entire 2017 season.

Throughout his rehab, the Colts quarterback was unable to throw a football until as recently as last month. As minicamp gets underway, the No. 1 pick from the 2012 draft is back to throwing the ball. However, it isn’t the NFL sized ball, it’s the college ball, which is slightly smaller than the NFL ball in length and circumference around the middle.

Last month, Indianapolis general manager Chris Ballard said he expects the three-time Pro Bowler to be ready for training camp and added that last season, Luck “felt the pressure of coming back,” and they are making sure he doesn’t “skip a step” in his recovery as he tries to get ready for the 2018 season.