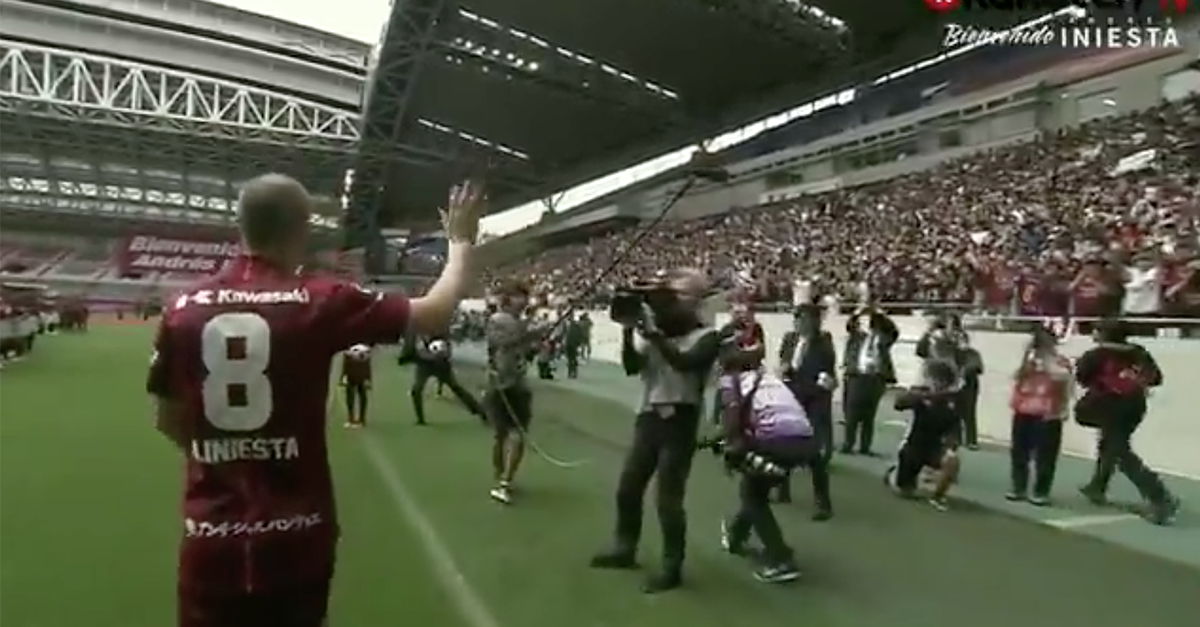 Spanish legend Andres Iniesta departed Barcelona this year after 16 seasons with the team.

Andres Iniesta was introduced to thousands of fans of his new club Vissel Kobe on Saturday.

Iniesta departed Barcelona after 16 seasons with the team.

The Spanish legend completed the move to Vissel Kobe on a free transfer this week, signing a multi-year deal with the J-League club.

He’s made 125 appearances with Spain, and he’s won two European Championship titles and scored a World Cup-clinching goal. He’ll play for the team this summer at the World Cup in Russia.