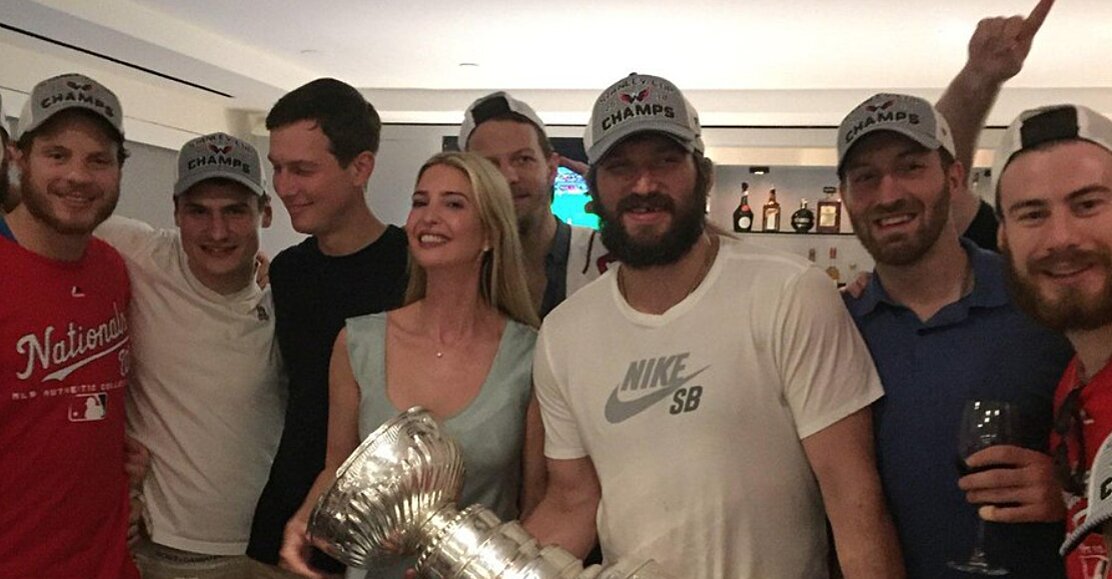 The Capitals won the Stanley Cup on Thursday night, and in honor of their win, the team is partying across Washington, D.C.

Their antics kicked into high gear on Saturday as they started the day at Nationals Park, where Alex Ovechkin threw out the first pitch– sort of. Ovi’s first first pitch didn’t go so well and he ended up tosssing another one.

Later in the game, Ovechkin and some of his teammates sang Queen’s “We Are the Champions” and poured beer on each other during an interview.

After the game, the Caps swam in a fountain and partied with fans in the street.

But the fun didn’t stop there. Ovechkin did a keg stand and lapped beer out of the Stanley Cup as his teammates held him up.

Ovi next climbed into a bar to continue the fun.

Some of the guys headed out on what appeared to be a party bus, throwing an impromptu dance party for their adoring fans. Andre Burakovsky and Jakub Vrana told the crowd that they were headed to get Stanley Cup tattoos.

And they did! Burakovsky shared his tattoo experience on Instagram for everyone to witness.

And Vrana showed his off new ink too.

In the most bizarre turn of events, the Caps ran into the Kushners at Cafe Milano. Yes, those Kushners.

The players were greeted warmly by the political power couple when they stumbled upon each other at the restaurant.

When you bring Washington, D.C. its first Stanley Cup, it seems you’re allowed to do whatever you want around the city. The Capitals are certainly making the most of it.