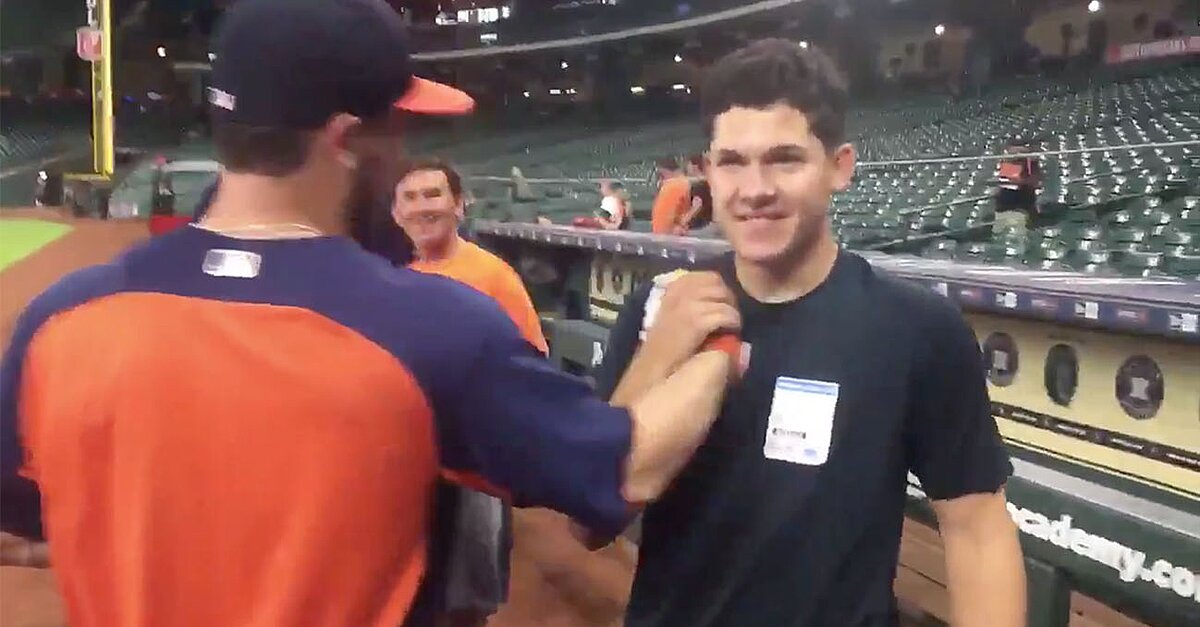 A.J. Bregman got some great news about his future in baseball from his brother Alex.

Getting drafted to a professional sports league is always a great moment in an athlete’s life, but how they find out that the goal has been achieved adds another layer to it.

It’s one thing to get a call from an executive on the team to let you know you will be joining the franchise, but it’s another thing when a family member gets to break the news.

That’s what happened to A.J. Bregman, a lefthanded pitcher from Albuquerque Academy who was taken in the 35th round of the MLB draft Wednesday by the Houston Astros. Bregman’s brother Alex is the starting third baseman for Houston, and he’s also the one who let A.J. know he was selected.

As if this isn’t cool enough, Houston used a pick in the 33rd round to select the younger brother of shortstop Carlos Correa, second baseman J.C. Correa, who was coming out of Alvin Community College.

And because everything is better in threes, the Astros also made sure to take Antonio Cruz, the grandson of two-time All-Star Jose Cruz. The outfielder from Episcopal High School was taken in the 37th round.

They seem take the idea of a team being a family awfully serious in Houston.