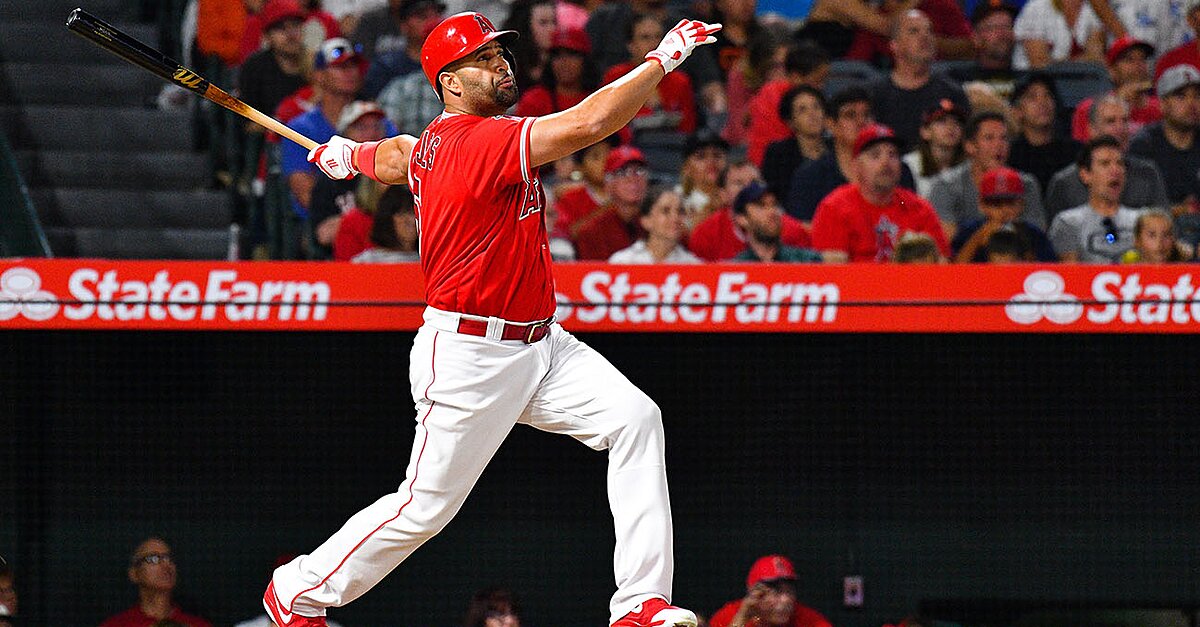 Albert Pujols recorded his 3,000th career hit on Friday when he hit a single off Mariners pitcher Mike Leake in the the fifth inning.

With the hit, the Los Angeles Angels slugger pulled into a tie with Roberto Clemente for 31st on MLB’s all-time hit list. Pujols is third among active players, trailing only Ichiro Suzuki (who announced Thursday he would transition into a front office role for 2018) and Adrian Beltre.

In his 17 seasons prior to this year, Pujols had at least 101 hits in each season.

Over the last seven seasons in Los Angeles, Pujols has collected 927 hits, including 175 homers.