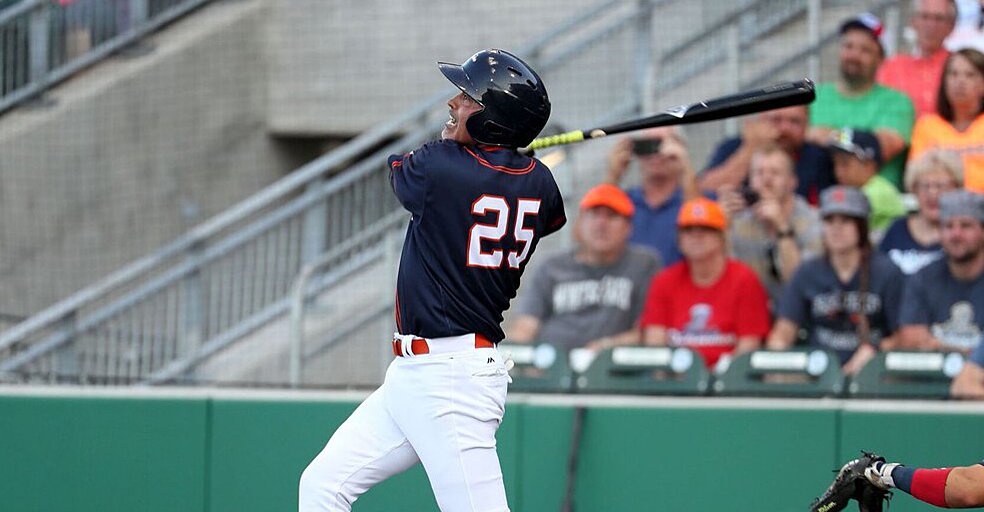 A (very svelte) Rafael Palmeiro homered Monday for the first time in more than a decade.

Rafael Palmeiro signed with the Cleburne Railroaders of the independent American Association this season to prove that he can still play, and that he doesn’t need steroids to do it.

He may have a point.

In the fifth inning of Monday’s game against the Fargo-Moorhead Redhawks, Palmeiro took Trey McNutt deep to rightfield for a solo homer.

Palmiero had a one-off independent league appearance in 2015, when he picked up two singles in a game for the Sugar Land Skeeters. His last big-league action came in 2005 as a 41-year-old with the Orioles.

Palmiero, who also played first base in the game, batted sixth in the lineup behind his son Patrick. He picked up single in the ninth inning as well, his second hit of the season.

McNutt, the pitcher who gave up the homer, is no slouch, either. He played seven seasons in the minor leagues with the Cubs and Padres organizations, topping out at Double A. He was dealing on Monday night, too, allowing three runs on three hits and striking out 12 with no walks in seven innings.