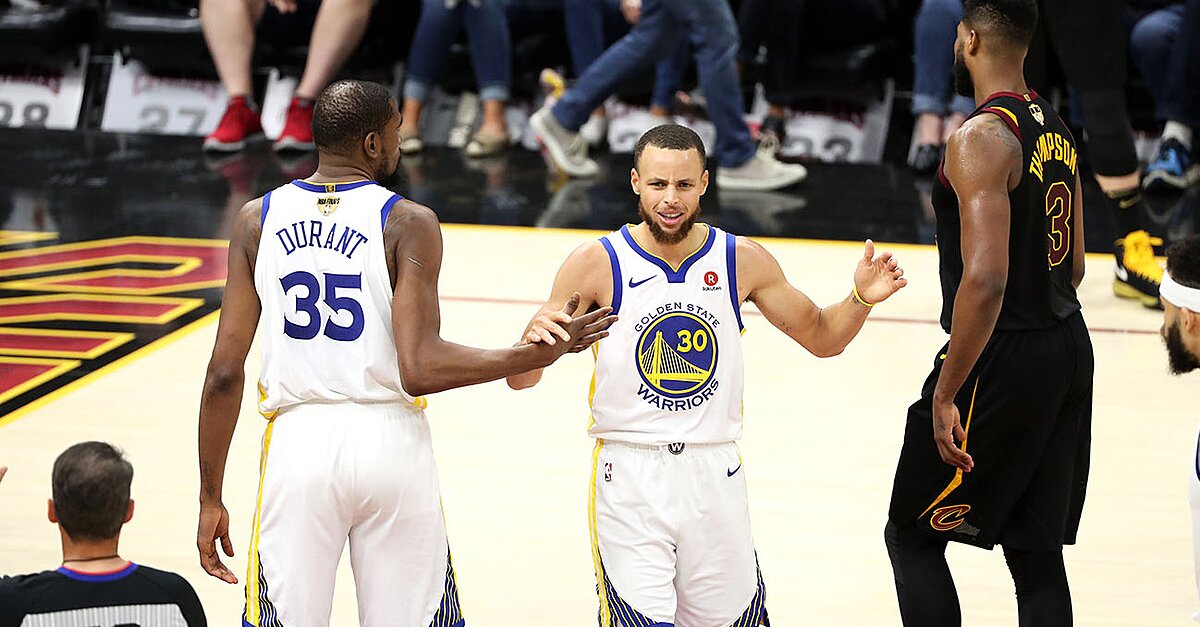 Golden State has won the title in back-to-back seasons and now has won the championship in three of the last four seasons.

For the second consecutive season, the Golden State Warriors lifted the Larry O’Brien Trophy after defeating the Cleveland Cavaliers to win the NBA Finals.

The Warriors needed only four games to take down Cleveland and completed the first sweep in the championship series since 2007, when the Spurs took down the Cavaliers.

This title is the third Golden State has captured in that last four seasons, making them the first team since the Lakers from 2000-2002 to accomplish the feat. The Warriors are the first team to take home the Larry O’Brien in back-to-back seasons since the Miami Heat did it in 2012 and 2013 and Golden State’s win marks the 13th time in NBA history that a team put together a streak of consecutive championships.

After winning Game 1 in overtime and using a big fourth quarter run to take Game 2, Golden State hit the road for the final two games of the series. In Game 3, Kevin Durant posted a playoff career-high 43 points and added 13 rebounds and seven assists in a 110-102 victory.