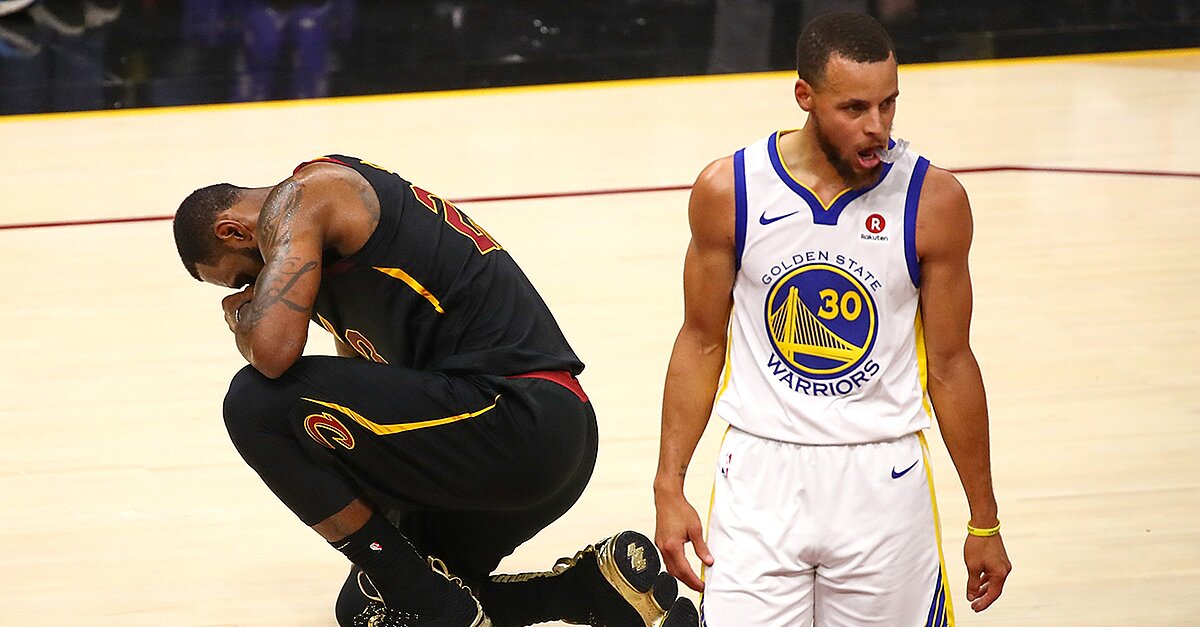 The final buzzer of Game 4 served to tell the Warriors something they already knew. Golden State was, definitively, the best team in these Finals and the best team in the league. There can be relief for the Warriors in the affirmation of that fact, but no awe—not when Golden State could have been picked as the 2018 championship favorite as far back as 23 months ago. The Warriors’ triumph demanded the focus and sacrifice that all NBA titles do. Yet because of the talent involved, their 108-85 win and sweep of the Cavaliers came off as a formality.

Many outcomes seem inevitable in retrospect. This one felt like it in the moment. Spin that as an indictment of the Warriors if you will, but Golden State did only what it was supposed to: amass the best talent possible, withstand the forces of division and dominate most every opponent. Kevin Durant again fulfilled his expressed purpose in joining the Warriors. That move was always about his want for titles, or perhaps through it, a want for validation. Durant walks away with the former and a grasp at the latter—a second straight championship and a second straight Finals MVP award.

That Stephen Curry could have made for an equally worthy Finals MVP tells you all you really need to know about Golden State’s gaudy construction. Those are two of the best players the league has ever seen. Draymond Green is nothing short of incredible, and to even argue otherwise requires a willful ignorance. Had Curry not come along, we might be talking about Klay Thompson—who moonlights playing all-league defense—as the greatest shooter of all time. Andre Iguodala, a future Hall-of-Famer, was left wide open by a Cleveland defense with no real alternative.

By contrast, it was a minor miracle that the Cavaliers made it this far at all. Cleveland bears the toll of its four straight trips to the Finals in ways that Golden State does not. The Cavs’ roster has turned over twice in the last calendar year alone. Contracts given to preserve the Cavs’ 2016 championship team now sit heavy on Cleveland’s cap sheet—which, ironically enough, might encourage LeBron James to sign elsewhere. Philadelphia’s Joel Embiid was already making overtures to James on Twitter … while Cleveland’s final game was still in progress.

LeBron looked to be at wit’s end by the second half of Game 4, broken by another of the Warriors’ third-quarter eruptions. These playoffs were his personal stress test. The Pacers forced James to play harder longer than he ever intended. The Celtics offered him a glimpse of the future while showcasing the failings of the supporting Cavs. The Warriors, in turn, made his limits abundantly clear. Every player has to draw the line somewhere. For James, it comes short of single-handedly toppling a dynasty.

Game 1 of the Finals threw that finding into stark relief. It was then that LeBron’s 51 points, eight rebounds and eight assists weren’t enough—not with George Hill missing a crucial free throw, JR Smith losing track of the score in the final seconds and Cleveland collectively slumping its shoulders through overtime. James disclosed Friday night that he actually suffered a hand injury following that fateful game—when, in a fit, he struck a whiteboard with such force as to cause a reported bone contusion.

“The way we played, the calls that were made, I had emotions that the game was taken away from us,” James said, wearing a brace after the Finals concluded. “… [I] pretty much played the last three games with a broken hand.” This sort of injury hardly qualifies as an excuse, considering that LeBron doesn’t need one. The team he came up against is the sort that can turn JaVale McGee and Nick Young into champions. It can balance the egos of superstars and rely on the contributions of a rookie. It can hold LeBron’s Cavs to 35% shooting from the field in an elimination game while gleefully feeding Curry for three-pointer after three-pointer.

Successes come in all flavors. This is a bittersweet sort for Cleveland—to come so far in these playoffs and yet to know, as the world did, that the trophy was never at all in its reach. The Warriors had hidden it away.