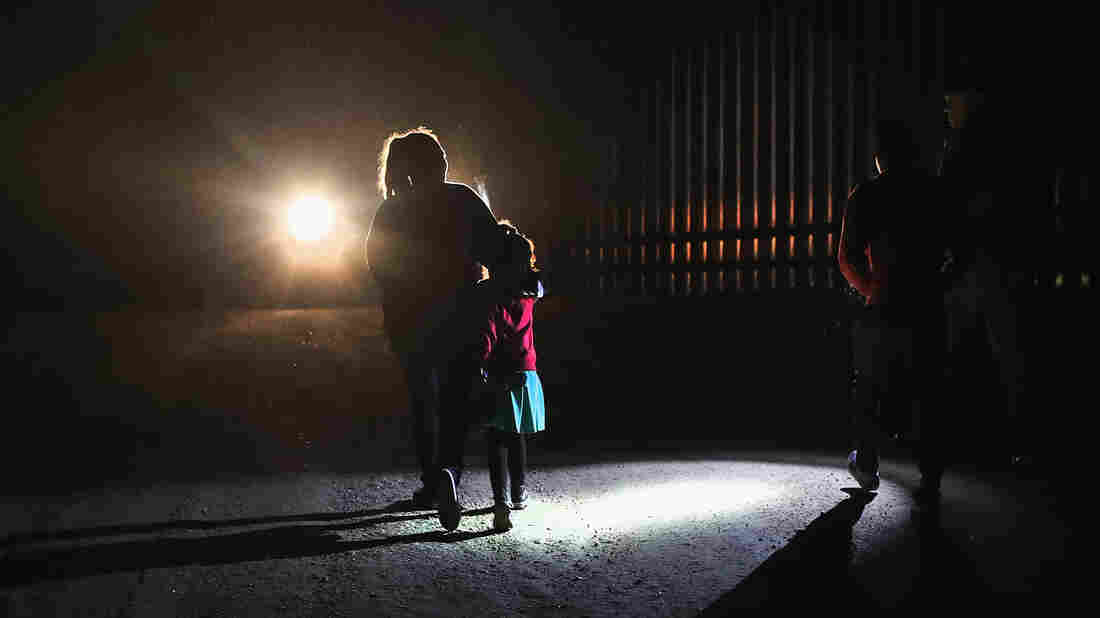 A Honduran mother walks with her children next to the U.S.-Mexico border fence as they turned themselves in to Border Patrol agents in February near Penitas, Texas. John Moore/Getty Images hide caption 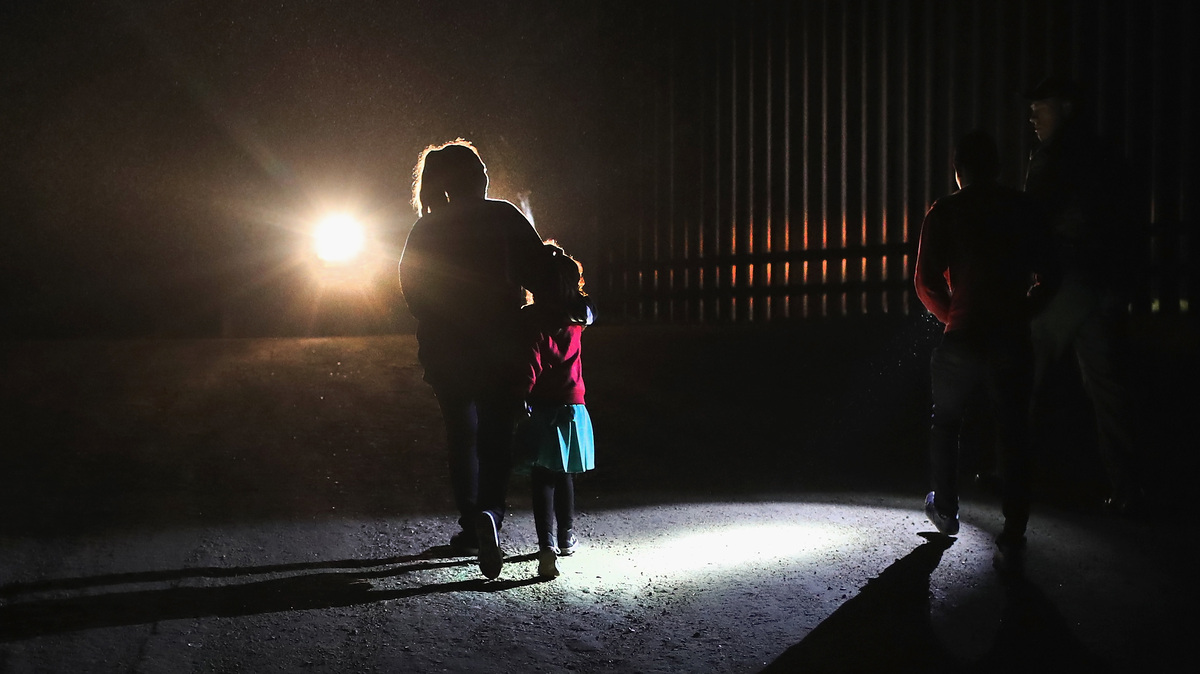 A Honduran mother walks with her children next to the U.S.-Mexico border fence as they turned themselves in to Border Patrol agents in February near Penitas, Texas.

The Trump administration’s policy of separating families who are detained after illegally crossing the Southern border has become a lightning rod for the White House’s critics.

Hundreds of children have already been separated from their parents since Attorney General Jeff Sessions announced the policy in May — though the practice has been going on for at least several months.

It was an expansion of what Sessions called a “zero-tolerance” policy — that the government will prosecute anyone attempting to enter the country illegally. 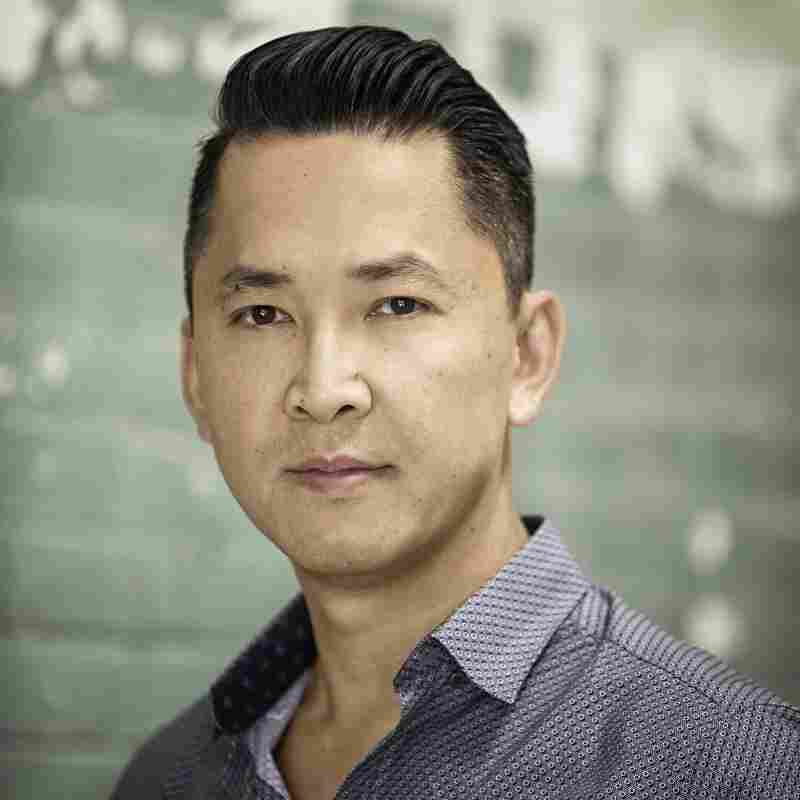 “Simply because people are trying to enter this country doesn’t mean that the United States has to lose its soul,” author Viet Thanh Nguyen says. BeBe Jacobs/Grove Atlantic hide caption 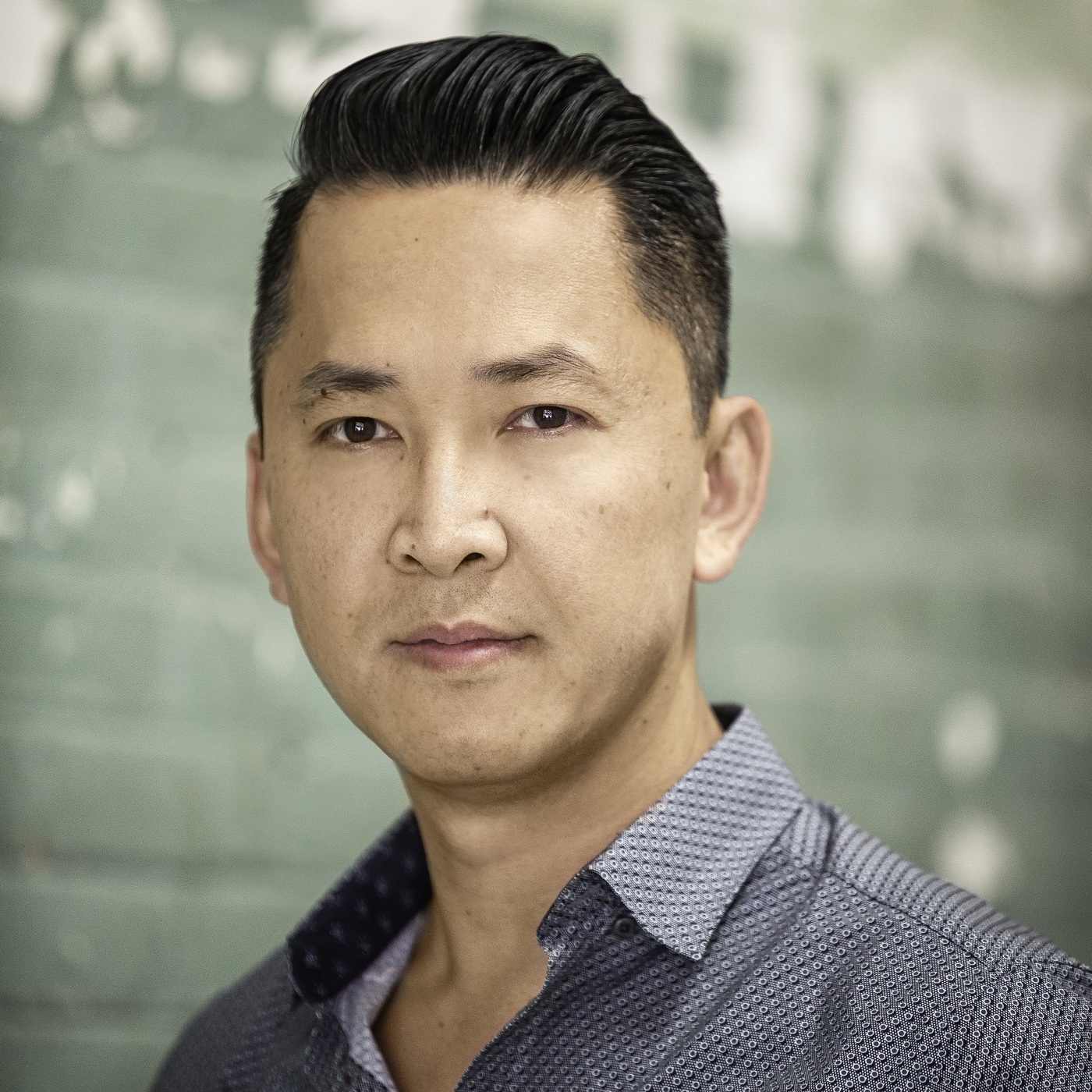 “Simply because people are trying to enter this country doesn’t mean that the United States has to lose its soul,” author Viet Thanh Nguyen says.

Cecilia Munoz, a former domestic policy official in the Obama administration who dealt with immigration, told NPR it was “just outrageous to suggest that we can come up with decent care for kids when they’re being separated from their parents.”

She added, “I don’t have words for how reprehensible that policy is.”

Sessions has responded to critics, saying, “We don’t want to do this at all. If people don’t want to be separated from their children, they shouldn’t bring them with them,” he told conservative radio host Hugh Hewitt.

In 1975, as the war ended, his family fled to the United States from Vietnam. At 4 years old, he was separated from his parents and sent to live with another family.

It was done “benevolently,” he tells NPR’s Scott Simon, yet still prompted “howling and screaming” from him.

Nguyen now says he “worries about our nation losing its soul” after hearing about the Trump administration’s separations.

“As a nation, we have had little significant debate on the morality or efficacy of such policies,” he wrote last month in The Washington Post. “Perhaps this is because the removal of children from parents is not new in U.S. history.”

He talked about his experience and the attitudes of other Vietnamese immigrants on Weekend Edition.

On why he was separated from his family

We, along with 130,000 other Vietnamese refugees fleeing from Vietnam, ended up in four refugee camps in the United States. And in order to leave one of these camps you had to have a sponsor. And in the case of my family, there wasn’t a single American sponsor who could take all of us. So one sponsor took my parents, one sponsor took my 10-year-old brother and one sponsor took 4-year-old me.

And the point was to help my parents get established in the United States without having to worry about me.

And now as the father of a 4-year-old son, I can see just how painful that experience must have been for my parents. But at the time I certainly knew it was painful for me, because this is where my own memories begin — howling and screaming as I was being taken away.

What goes through my mind now is that that was a very painful experience even though it was done benevolently. And now I see that children are being forcibly removed from undocumented parents who are entering this country or parents seeking asylum in this country.

And while we can have a debate about the merits of various kinds of immigration, I don’t think there is a debate about whether we should be separating children from parents.

Simply because people are trying to enter this country doesn’t mean that the United States has to lose its soul by trying to be as punitive as possible in order to try to deter these people from coming.

On the differences between older immigrants and recent immigrants

One of the things I think that marks the American character is a willful kind of amnesia. You know, we come here to the United States to start over as immigrants and there’s oftentimes a tendency for people of the second and third generations to forget their origins.

And we certainly see this tendency exhibited by someone like John Kelly, the White House chief of staff, who himself is the descendant of Italian and Irish immigrants who were not very conversant in English and who came as working class laborers. And now a few generations later, their descendant is John Kelly, who is holding one of the highest offices in the land.

There are some former Vietnamese refugees who are saying that, “We were the good refugees and these new people from different countries are the bad refugees.” And I think that’s simply untrue.

In 1975, when we came here as refugees, only 36 percent of Americans wanted to accept us. If those opinions had been enacted as policy, none of us would be here today. And many Vietnamese refugees have forgotten that.