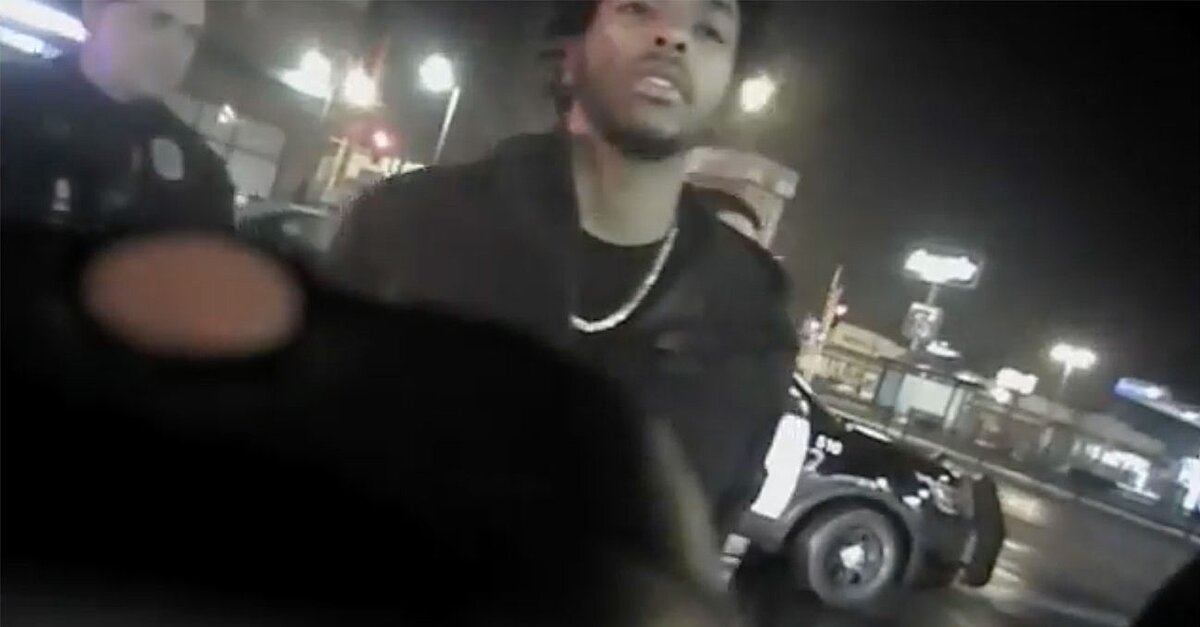 Sterling Brown was tased by a Milwaukee police officer early in the morning on Jan. 26 and played a game for the Bucks later that night.

The Milwaukee police held a press conference on Wednesday afternoon to release the footage from a police body camera video showing Bucks guard Sterling Brown getting tased during a police stop over a parking violation.

Brown, who was not charged in the case, was arrested in the early morning of Jan. 26 in a Walgreens parking lot after police started to check on a vehicle that had occupied two handicapped parking spaces.

The Milwaukee police department issued a statement Wednesday that said:

On January 26, 2018 at approximately 2:00 a.m., members of the Milwaukee Police department encountered Sterling Brown near the 2700 block of W. National Ave. regarding a parking violation. During the encounter, Mr. Brown was decentralized, tased and arrested. The Department conducted an investigation into the incident which revealed members acted inappropriately and those members were recently disciplined. Criminal charges against Mr. Brown were not pursued. I am sorry this incident escalated to this level. Today we are releasing body camera video capturing the interaction. The Milwaukee Police Department’s Open Records Division is still working to fulfill all requests for this video. When I took office, I vowed to rebuild the trust between the Milwaukee Police Department and the community. We are doing that. I promised that when the Department is involved in events of this nature, we will be honest about them. We are. I also promised to change the direction of the Department and through meetings with intergovernmental partners, community-based and faith organizations, and system partners we have begun that process. The men and women of the Milwaukee Police Department are dedicated to protecting and serving the citizens of Milwaukee. We have hundreds of interactions with citizens each day, and those contacts end positively. Therefore, we ask residents to work with us in our shared vision of making Milwaukee a safe place to live, work and raise a family.

In the video, you can see Brown get taken to the ground by a group of officers before one eventually tases him while he is on the ground.

Milwaukee police chief Alfonso Morales did not answer any questions during the press conference.

On Tuesday, Milwaukee mayor Tom Barrett warned citizens about the upcoming release of the video saying, “I’m going to let the release of that speak for itself, but yes, I definitely have concerns after watching that video.”

WISN 12 News reports that Brown plans to file a federal civil rights lawsuit against the city.

Brown released this statement on this incident Wednesday.

Brown played in Milwaukee’s game against the Brooklyn Nets on Jan. 26 and declined to discuss the incident after the contest, calling it a “personal issue,” according to the Milwaukee Journal-Sentinel.

Brown, a 6’6″ shooting guard, played in 54 games this season, averaging four points and 2.6 rebounds a game.