Manchester City won their first Premier League title six years ago this Sunday, and the club posted a video of the dramatic final game with Queens Park Rangers at the Etihad Stadium – as if anyone could forget. 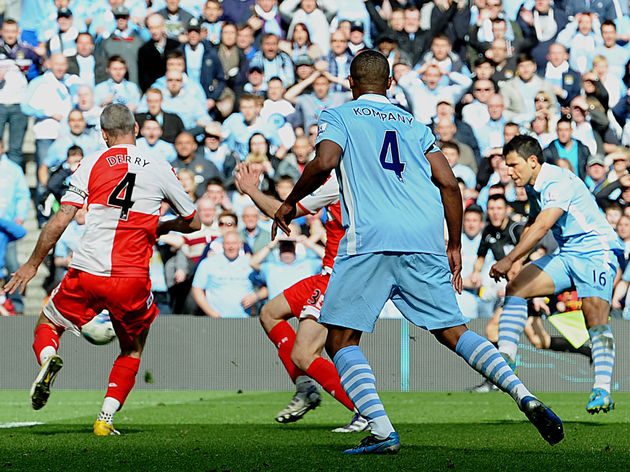 City went ahead through Pablo Zabaleta but almost choked as goals from Djibril Cisse and Jamie Mackie put the visitors ahead.

With Manchester United beating Sunderland 1-0, the title looked to be heading to Old Trafford when Edin Dzeko headed in a David Silva corner to bring the scores level.

What was to happen next will never be forgotten – Mario Balotelli steering a pass through to Sergio Aguero to fire home and win the title.

It was an incredible moment even for the neutrals, and it has paved the way for two more Premier League titles for City including this season’s, which was won in style under Pep Guardiola.

It’ll be a far more relaxed afternoon today for City, who finish up at Southampton at St. Mary’s with no potential title on the line.

That said, Guardiola’s men are gunning to become the first ever Premier League team to finish the season with 100 points. They will also be after trying to make it an uncomfortable afternoon for the Saints, who are not actually mathematically safe.