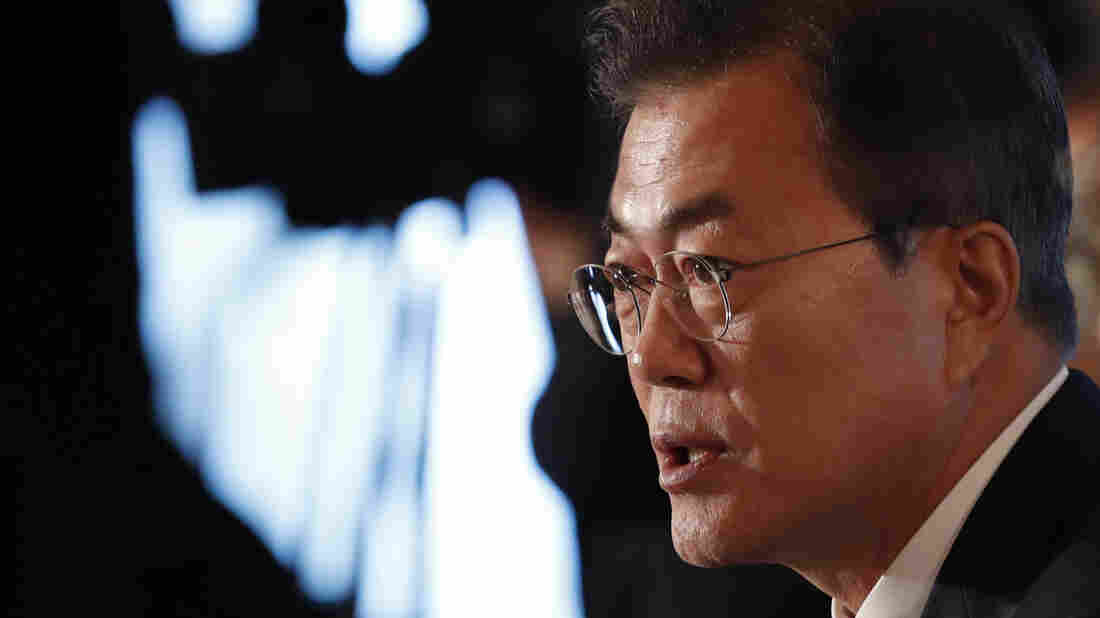 South Korean President Moon Jae-in is pictured in Tokyo on May 9. Moon called an emergency meeting of his advisors in Seoul near midnight local time, to discuss President Trump’s decision to cancel his summit with Kim Jong Un. Kim Kyung-Hoon/AFP/Getty Images hide caption 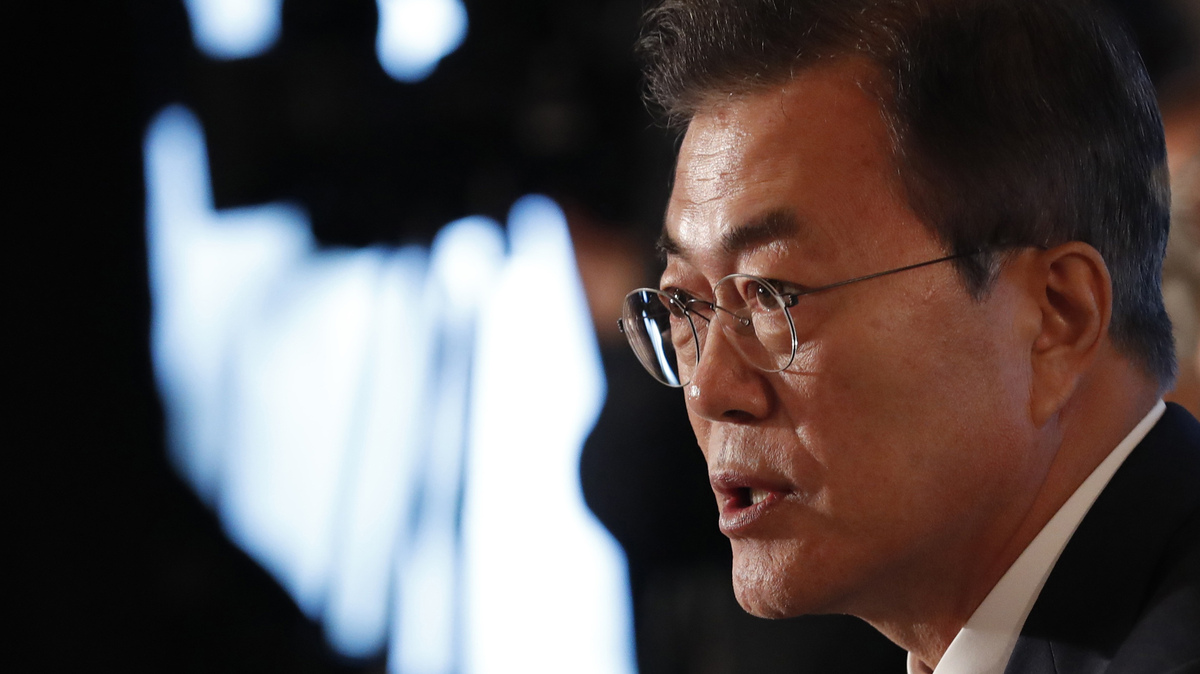 South Korean President Moon Jae-in is pictured in Tokyo on May 9. Moon called an emergency meeting of his advisors in Seoul near midnight local time, to discuss President Trump’s decision to cancel his summit with Kim Jong Un.

After President Trump abruptly called off a June 12 meeting with North Korea’s Kim Jong Un to discuss nuclear disarmament, the leader of South Korea is trying to parse the meaning — and the fallout — of the cancellation, as other world leaders express dismay.

South Korean President Moon Jae-In said he was “very perplexed” by the decision, which he called “very regrettable,” according to the South Korean news agency Yonhap.

“Denuclearization of the Korean Peninsula and the establishment of permanent peace are historic tasks that can neither be abandoned nor delayed,” Yonhap quotes Moon as saying.

Moon had called an emergency meeting just before midnight local time to try to “figure out” the meaning of the president’s letter.

“[We] are trying to figure out what President Trump’s intention is and the exact meaning of it,” presidential spokesman Kim Eui-kyeom said, according to Yonhap.

It’s not clear whether South Korea, a close U.S. ally intimately involved in the negotiations with North Korea, was informed in advance that Trump was calling off the summit.

U.S. Secretary of State Mike Pompeo, speaking to a Senate committee on Thursday, would not confirm whether Seoul had been notified.

Moon, who spoke to Kim Jong Un in a historic meeting in April, was in Washington earlier this week to meet with Trump and discuss strategy for the summit.

Global markets took a hit on the news that the summit was canceled, according to Reuters.

And other world leaders expressed confusion or alarm about Trump’s decision.

In remarks at the University of Geneva, the secretary-general of the United Nations, António Guterres, acknowledged the development with a brief statement.

“I am deeply concerned by the cancellation of the planned meeting in Singapore between the President of the United States and the leader of the DPRK,” he said. “I urge the parties to continue their dialogue to find the path to the peaceful and verifiable denuclearization of the Korean Peninsula.”

British Prime Minister Theresa May said the U.K. is “disappointed” that the talks have been called off, according to CNN.

Russian lawmaker Konstantin Kosachev, who chairs the foreign affairs committee in the upper house of Russia’s parliament, called the cancellation “a serious blow to peaceful settlement in the region,” according to Reuters and Interfax.

The fate of the summit, which had been set to take place in Singapore, had been cast into doubt over the past few weeks.

On Tuesday, Trump warned that there was a “very substantial chance [the meeting] won’t work out.” North Korea had been signaling that it might call off the summit itself, objecting to military exercises in South Korea and comments from American politicians.

But Trump’s letter on Thursday was a surprise to many.