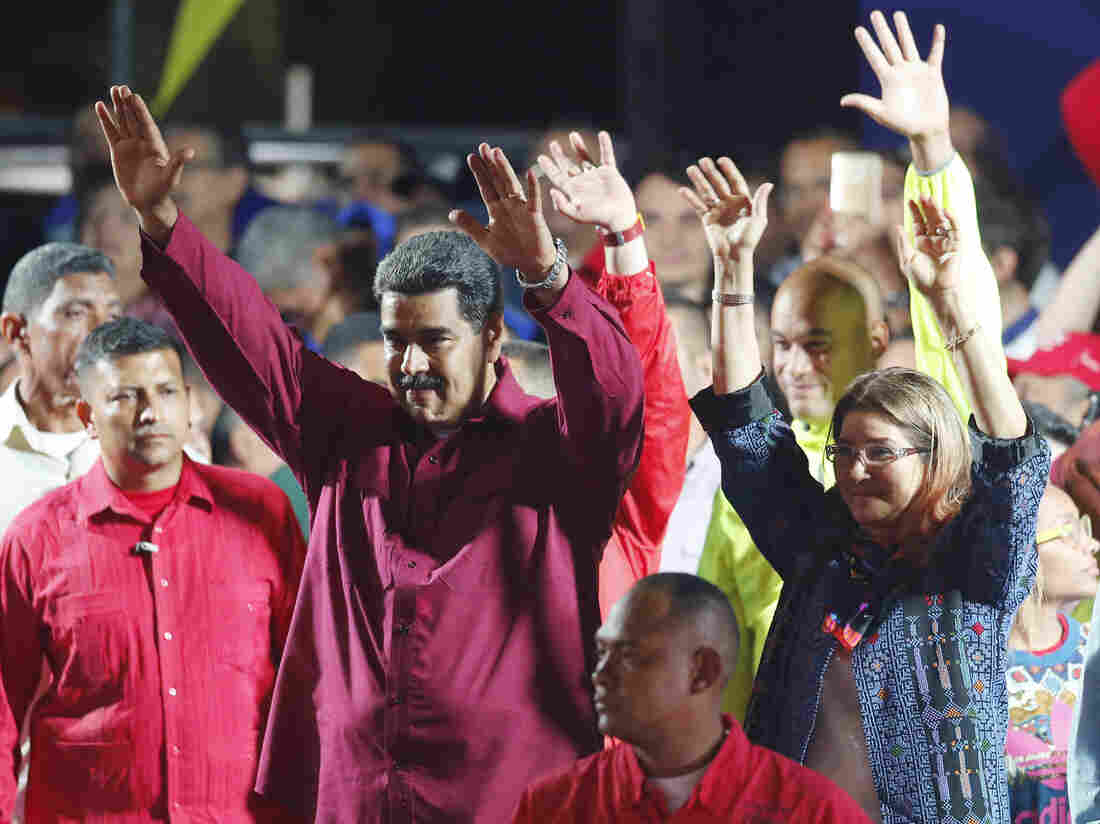 Venezuela’s President Nicolas Maduro and his wife Cilia Flores wave to supporters at the presidential palace in Caracas on Sunday after election officials declared his victory. Ariana Cubillos/AP hide caption 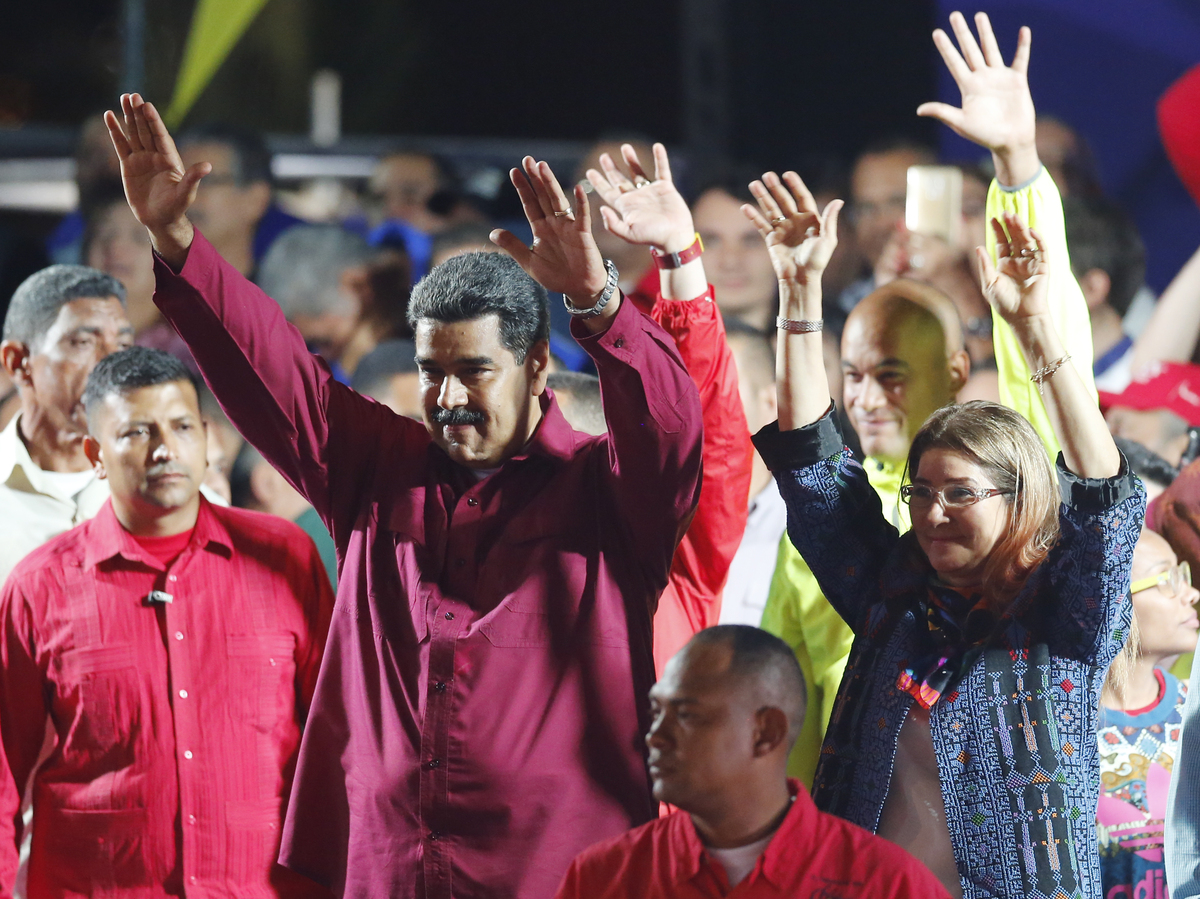 Venezuela’s President Nicolas Maduro and his wife Cilia Flores wave to supporters at the presidential palace in Caracas on Sunday after election officials declared his victory.

Venezuela’s leftist President Nicholas Maduro has easy won a second term, but his main rivals have refused to accept the results, calling the polling fraudulent — a view shared by the United States and many independent observers.

“They underestimated me,” said a triumphant Maduro to cheers from his supporters as fireworks sounded and confetti fell at the presidential palace in Caracas.

Maduro, 55, replaced Hugo Chavez when the longtime Venezuelan socialist died of cancer in 2013. Since then, Maduro has presided over a collapsing economy, hyperinflation, widespread hunger and a mass of refugees trying to escape the desperate conditions. The country has been further hit by falling oil exports and U.S. imposed sanctions.

Fewer than half of registered voters turned up at the polls, but the opposition, which has boycotted the election, said even that figure was inflated.

Those opposed to Maduro have long maintained that the election is fraudulent, not least because the opposition’s most popular leaders — the ones with the best chance of unseating the president — were barred from running.

As NPR’s Philip Reeves reports from Caracas, “Throughout the day voting stations appeared almost empty around the capital.” Despite that, election officials claim turnout of nearly 50 percent.

“The process undoubtedly lacks legitimacy and as such we do not recognize it,” said Falcon, a 56-year-old former state governor.

According to The Associated Press, “Falcon was joined in his call for a new election by third-place finisher Javier Bertucci, who got around 11 percent of the vote. Bertucci, a TV evangelist, stopped short of challenging the results, saying what he called a mistaken opposition boycott also boosted Maduro.”

“Falcon, a former member of the Socialist Party who went over to the opposition in 2010, said he was outraged at the government’s placing of nearly 13,000 pro-government stands called “red spots” close to polling stations nationwide.

Mainly poor Venezuelans were asked to scan state-issued “fatherland cards” at red tents after voting in hope of receiving a “prize” promised by Maduro, which opponents said was akin to vote-buying.

The “fatherland cards” are required to receive benefits including food boxes and money transfers.”

In the run-up to the election, Freedom House issued a statement calling it “clearly unconstitutional” and called Maduro a “dictator” who has crushed all opposition.

As voting took place on Sunday, a senior State Department official warned that the U.S. might press ahead on threats of imposing crippling oil sanctions, according to the AP.