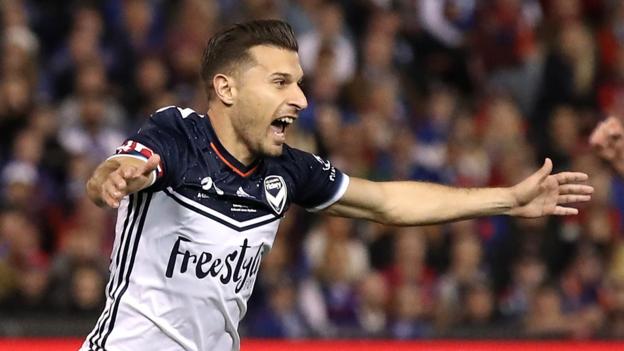 Melbourne Victory’s James Donachie appeared to be in an offside position from a free-kick before heading back across goal to set up Kosta Barbarouses’ ninth-minute winner against Newcastle Jets.

But officials could not use VAR because the feed into the system at the McDonald Jones Stadium in Newcastle was lost.

“On this occasion the technology itself failed and the broadcast angles required were unavailable,” said Greg O’Rourke, head of the A-League.

“While we understand that this happened only once this season, it was at a most critical time.

“We understand the disappointment and frustration of the Newcastle Jets, their fans and indeed all football fans.

“We are working with Hawk-Eye to thoroughly understand why it did and what can be done to prevent this happening again.”

VAR has been trialled in some cup competitions in England this season.

It was described as “comical” and “embarrassing” after Tottenham’s FA Cup win over Rochdale in February, when a goal was disallowed and a converted penalty overturned.

VAR will be used at the 2018 World Cup in Russia, but Premier League clubs voted not to use the system next season.