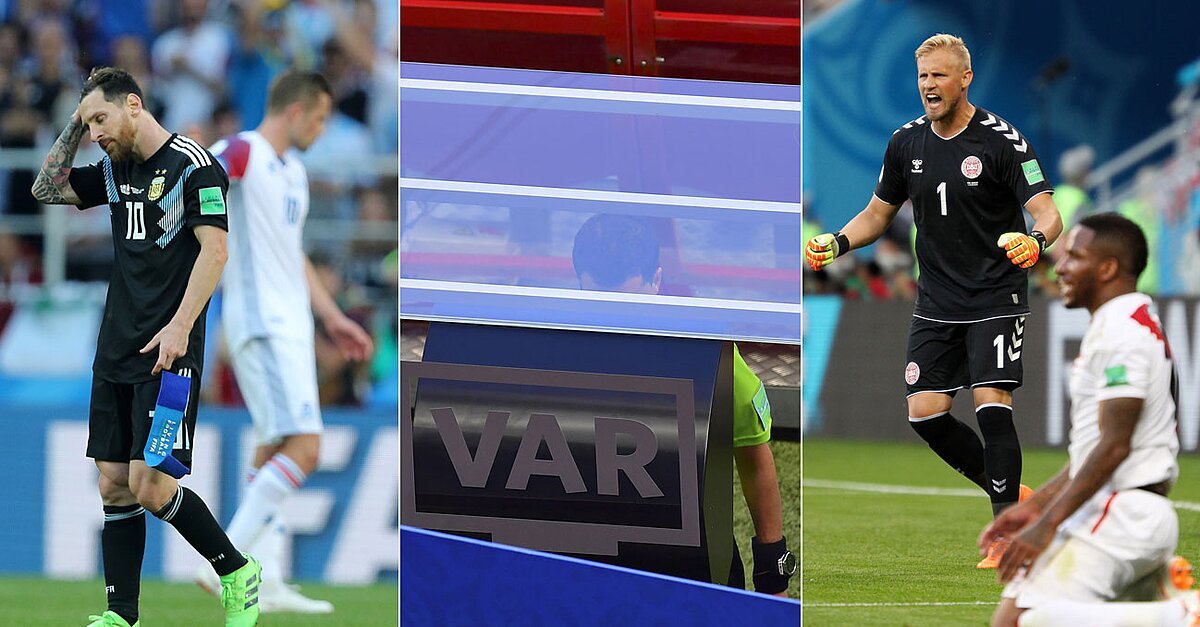 Iceland opened its first World Cup with a stunning draw vs. Lionel Messi’s Argentina, while the use of technology and the ability (or lack thereof) to convert from 12 yards out played a big role in Day 3 in Russia.

MOSCOW — Day 3 of the 2018 World Cup 2018 was defined by penalties, the first use of Video Assistant Referees at a World Cup and, of course, Iceland.

The surprise Euro 2016 quarterfinalist got its first World Cup off to an impressive start, drawing Lionel Messi’s Argentina 1-1 in Moscow. Both sides end the day trailing Croatia in Group D after a rather straightforward 2-0 win over Nigeria.

The day also featured the opening matches in Group C, both of which had penalties give by VAR. France converted its chance and got a late goal from Paul Pogba to edge Australia 2-1, while Peru blew its penalty, failed to convert its multitude of chances and fell to a stout Denmark side 1-0.

Here are my five thoughts on the day in the World Cup:

• Mission accomplished by Iceland vs. Argentina

The tournament’s most popular underdog got what it wanted in a 1-1 tie in which Messi had his weak second-half penalty saved by Iceland goalkeeper Hannes Halldórson.

Iceland’s coaching staff had told me that they felt they could advance out of a difficult Group D (also with Nigeria and Croatia) if they could get at least a point against the Argentines, and that’s exactly what happened. Iceland played like you’d expect them to, maximizing their defensive organization and ability to counter well despite having so little possession. Iceland also showed the same ability to strike back quickly after going down a goal that we saw in Euro 2016. There was no hanging of heads on the Iceland side after Sergio Agüero’s strike; they simply went back down the field and scored four minutes later.

• Messi looked like something worse than a tie had happened

The extended video of Messi right after the final whistle was fascinating. You don’t want to make too much of body language and immediate emotional reactions, but the camera caught Messi acting more like Argentina had been eliminated from the World Cup than a team that had gotten a point in its group-stage opener.

Messi has every right to be frustrated. He missed his fourth penalty in his last seven attempts for club and country—he really needs to stop taking penalties for Argentina at this point—and his Argentine team once again looked like a group of jazz guitarists riffing on their own instead of playing together. Just as concerning was Argentina’s defense. Newly installed keeper Willy Caballero was shaky at times, and the back four didn’t inspire much trust. It’s only one game, though, and Argentina and Messi know they have to be better against Croatia on Thursday.

• I had thought VAR would be a disaster. So far it hasn’t been

There’s still plenty of time for things to change, but my prediction that poorly-used VAR would be a constant talking point of this World Cup has yet to come true. VAR was used to call penalties on two occasions Saturday, and both times it was deployed well. Peru’s Christian Cueva had his foot swiped out in the box by Denmark’s Yussuf Poulsen, and VAR correctly ruled it a penalty (that Cueva missed).

Earlier, France’s Antoine Griezmann was brought down in the box by Australia’s Joshua Risdon, which VAR ruled a penalty. That was also the correct call in my opinion, since Risdon cleared out Griezmann following through after making contact with the ball. (Griezmann converted the penalty.) Tech also came through on France’s winning goal when goal-line technology showed that Paul Pogba’s shot barely crossed the line in its entirety. Pre-GLT, how many times would that goal have been called correctly?

It wasn’t just Messi’s saved penalty that helped determine the outcome of a game. So did the spot kick that Cueva sent flying high over the crossbar with the chance to give Peru a 1-0 lead over Denmark late in the first half. The miss seemed to affect Peru in a negative way, at least until it started creating a few chances once Paolo Guerrero came on in the second half.

Peru was slightly better overall than Denmark for 90 minutes, but the psychological aspect matters, and the knock-on effects of Cueva’s launched spot kick made a difference in a game that was always going to be decided by the fine margins.

• Croatia got it done against Nigeria

The veteran Croatians took care of business against a young Nigeria team, and the Checkerboards’ experience advantage showed. A well-taken opener off a set piece—it ended up being an own goal—gave Croatia a 1-0 lead, and then Nigerian defender William Ekong showed his inexperience by fully bear-hugging Mario Mandzukic in the box on another set piece to concede penalty. Luka Modric converted to make it 2-0.

Croatia has played together for many years, and its stars (Modric, Ivan Rakitic, Mandzukic, Ivan Perisic) know this World Cup is likely their final chance for a deep run together. They also play together better as a team than Argentina does, which should have the Argentines concerned about their game five days ahead.

Sign up for a FREE trial of SI TV to watch our exclusive mini-documentary “Exploring Planet Fútbol – Iceland,” in which Grant Wahl travels the country in search of the stories behind its incredible growth as a soccer nation.