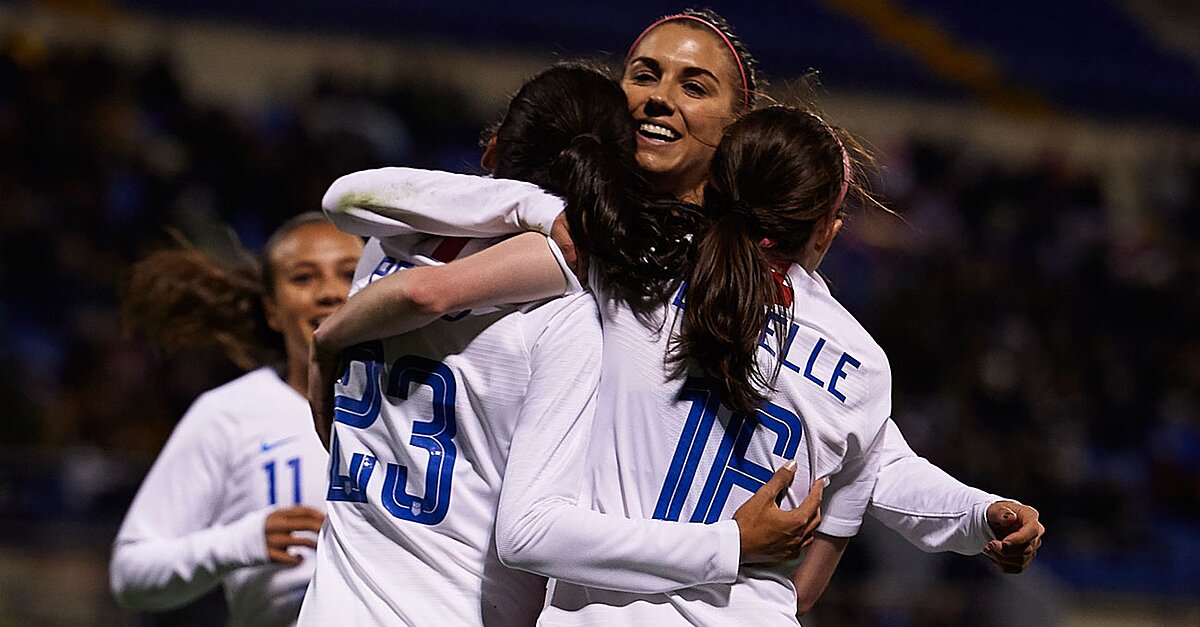 Eight games remain for the U.S. women’s national team before this summer’s Women’s World Cup after it wrapped up its January camp and a European adventure with a split set of results.

After going undefeated through 2018 and running its unbeaten streak to 28, the USWNT started 2019 with a 3-1 loss to one of its chief competitors this summer–World Cup host France. The Americans then responded by ending the 16-game unbeaten streak of another European contender, topping Spain 1-0 on Tuesday in Alicante. The loss to France was certainly a wake-up call on a few levels, while Spain succumbed despite looking quite comfortable in possession against a favored, more decorated side.

European foes have given the U.S. some trouble dating back to the fall, when Jill Ellis’s side edged Portugal and Scotland by 1-0 scorelines, but it’s a benefit to the U.S. to be tested and placed in more tense and pressure-packed situations rather than the non-existent ones provided in Concacaf. Ultimately, that’s how a very good team on paper will translate its skills to the field in France come June.

With that said here are three thoughts on the USWNT’s January camp results how they could impact the World Cup picture:

The U.S. women were without a number of key players vs. France, with Julie Ertz, Megan Rapinoe, Tobin Heath, Kelley O’Hara and Casey Short all ruled out for minor and precautionary injury reasons. Rose Lavelle did not play either. Ertz, Rapinoe, Heath, O’Hara and Lavelle all project into Ellis’s preferred starting XI, so it shouldn’t be as suprising that there were struggles against France. With the lesser-experienced Emily Sonnett and Emily Fox taking up the fullback positions and Crystal Dunn played in an unaccustomed position in the midfield, France had clear zones to exploit and did so to a large extent. The USA’s immense depth has been touted as a strength, and the lineup that played in Le Havre could have fared better, but there’s at least an explanation for the shaky start.

With Ertz, Rapinoe, Heath and Lavelle back in the lineup against Spain, the result was significantly better. Given that Spain isn’t as dynamic or explosive of an attacking team as France, the hosts were still unbeaten in their last 16 and are in the midst of riding a wave of success had on the youth levels that has been trickling up to the senior squad.

The U.S. at full strength is still going to be a favorite to win it all, but we saw what is liable to happen if certain players are unable to go. Injuries or suspensions are unpredictable come tournament time, so Saturday’s loss was at least a useful primer and can give Ellis an idea of how to further rework her squad in the event she needs to.

Of all the players in the attack, Christen Press made the most headway in carving out a larger role for herself. She was the USA’s most persistent attacking threat vs. France in a starting cameo and came off the bench to make the difference vs. Spain. Her speed is a game-changing quality, as was evidenced on her one-woman counter Tuesday, in which she dribbled half the length of the field. It’s true that Spain goalkeeper Sandra Paños–not Spain’s regular starter–could have done better, and perhaps a better goal-line clearance prevents the score, but the fact remains that Press was an energizing factor, something even the best teams need in a match where things aren’t fully clicking in the attack.

In goal, all of the focus will be on Alyssa Naeher from here until the final match the U.S. plays in France this summer. Stepping in for a stalwart like Hope Solo is always going to result in scrutiny, and Naeher has largely fared well since taking over as the No. 1. Conceding three against France wasn’t great, though her defense did her little favors in yielding the chances. Her decision-making and then hesitation in coming off the line on Marie-Antoinette Katoto’s goal that made it 3-0 was more worrisome than her lack of ability to stop either of Kadidiatou Diani’s chances, and she did make some big saves in keeping the U.S. in the game.

Spain didn’t challenge in the final third nearly as much, but with the U.S. nursing the lead, Naeher made the stops necessary and didn’t hesitate in her decisions. The tests will keep coming at her in the SheBelieves Cup starting at the end of February, with Japan, Brazil and England on the horizon. Given the fact Naeher is the clear No. 1 and that the number of tests are dwindling before the World Cup, don’t expect much–if any–goalkeeper rotation going forward.

WATCH: Press Delivers Off Bench for USWNT vs. Spain

Trying to project how the group stage will go this summer–especially in January–is a bit of a stretch, but the very real possibility exists that the U.S. will have to see France and Spain again on the road to defending its title. That’s because the way the groups were drawn and the bracket is set, they are quite likely to be on a collision course.

If the USA wins its group and Spain finishes second in its group (it was drawn with Germany, China and South Africa in Group B), they’ll meet in the round of 16. If, in addition to those, France tops its group and wins its last-16 game (which will be against a third-place finisher), then the hosts would be waiting in the quarterfinals. It’s not that hard to imagine all of that unfolding whatsoever. To be able to have a more specific idea of what could be waiting and the type of style the U.S. will need to prepare for can only be seen as a useful exercise.

On the flip side, France knows it can go toe-to-toe with the U.S. (it didn’t need Saturday’s win to learn that, but it certainly can’t hurt), and Spain didn’t look all that flustered in commanding possession and pressuring the U.S. in its own half. Either would provide a significant test for the U.S. at the World Cup before the two games that are supposed to be the most difficult to win.