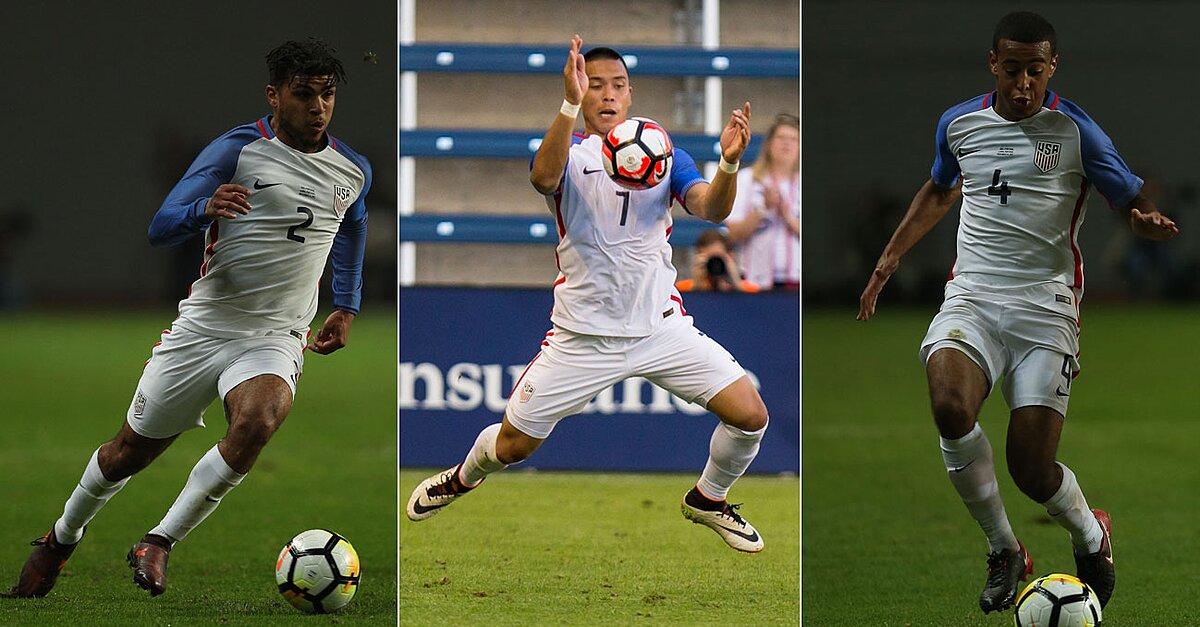 Christian Pulisic will get his well-deserved rest, and goal-scoring defender Walker Zimmerman will return to Los Angeles FC.

But overall, the U.S. national team roster changes announced Tuesday (10 players come in and seven depart) represent an upgrade, not necessarily in potential but in experience. And that’ll be helpful as the opposition in these pre-World Cup friendlies gets much tougher. Bolivia was feeble Monday night in Chester, and the USA won easily, 3-0. Games at Ireland (Saturday) and France (June 9) will be much tougher.

Coach Dave Sarachan’s roster remains young. The average age is just over 23 (the team that played Bolivia was 22 years, 286 days), and 18 men still have five senior caps or fewer. But players like DeAndre Yedlin and Bobby Wood add real European pedigree, and the likes of Wil Trapp and Tyler Adams are MLS stalwarts despite their age. Pulisic may be taking leave, but this is a better U.S. team that’ll be facing the Irish and French.

“We’re excited about the chance to add some of the veterans from Europe as well as the younger guys in MLS who have been part of our group since November,” Sarachan said. “The games against Ireland and France will bring increasingly more difficult challenges, so we felt it was important to bring in some players that offer a bit more experience. These matches will provide another big development opportunity for these players who are growing in their international careers.”

Here’s a look at the changes:

Steffen, Adams and Trapp have emerged during Sarachan’s tenure as the most promising bunch of MLS-based internationals. Steffen has played a game and a half of shutout soccer since Sarachan took over and is likely to start at least one of the two games in Europe. Trapp has impressed with his passing, vision, organization and coverage and against a team like France, which will have the ball a whole lot more than Bolivia did, he might play alongside (or behind) Weston McKennie in the USA’s 4-1-4-1. Adams’ versatility also will be helpful.

Yedlin’s addition gives Sarachan ample experience at outside back, with Jorge Villafaña and Eric Lichaj remaining in camp. And Wood, despite a very difficult season in Hamburg, adds welcome speed and seasoning to a thin forward corps.

Florida-born Kenny Saief made his permanent switch from Israel to the USA before last summer’s Concacaf Gold Cup but got hurt, and he finally started his first game for his new national team in March against Paraguay. The attacking midfielder tallied one goal and three assists in 22 appearances last season at Anderlecht.

Sarachan owes thanks to the New York Red Bulls and Columbus Crew, who are providing a couple of important players each even though they have league games scheduled. The friendlies aren’t occurring during a FIFA international window.

Pulisic had a middling performance against Bolivia and clearly needs a break. He’ll get it. Zimmerman, who was excellent (although under almost no pressure), will return to L.A. Likewise, Bono played 90 minutes, didn’t need to make a save and will head back to Toronto.

Gooch and Olosunde did spot substitute duty on Monday and Guido missed the Bolivia game with an injury.