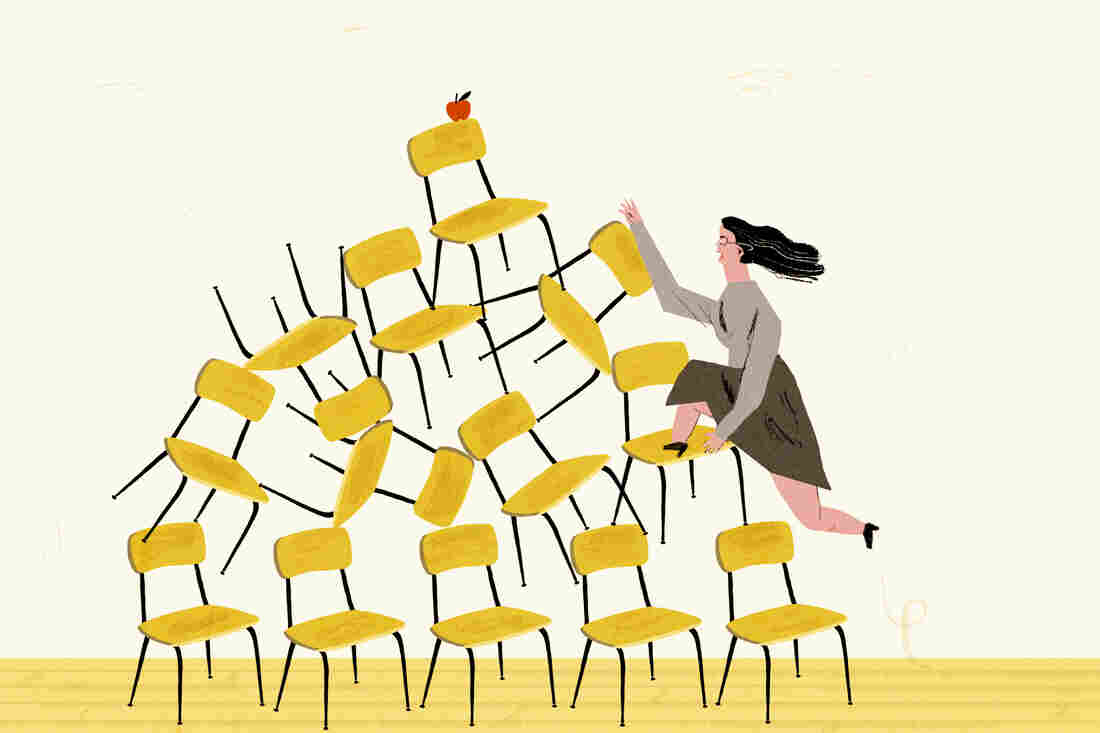 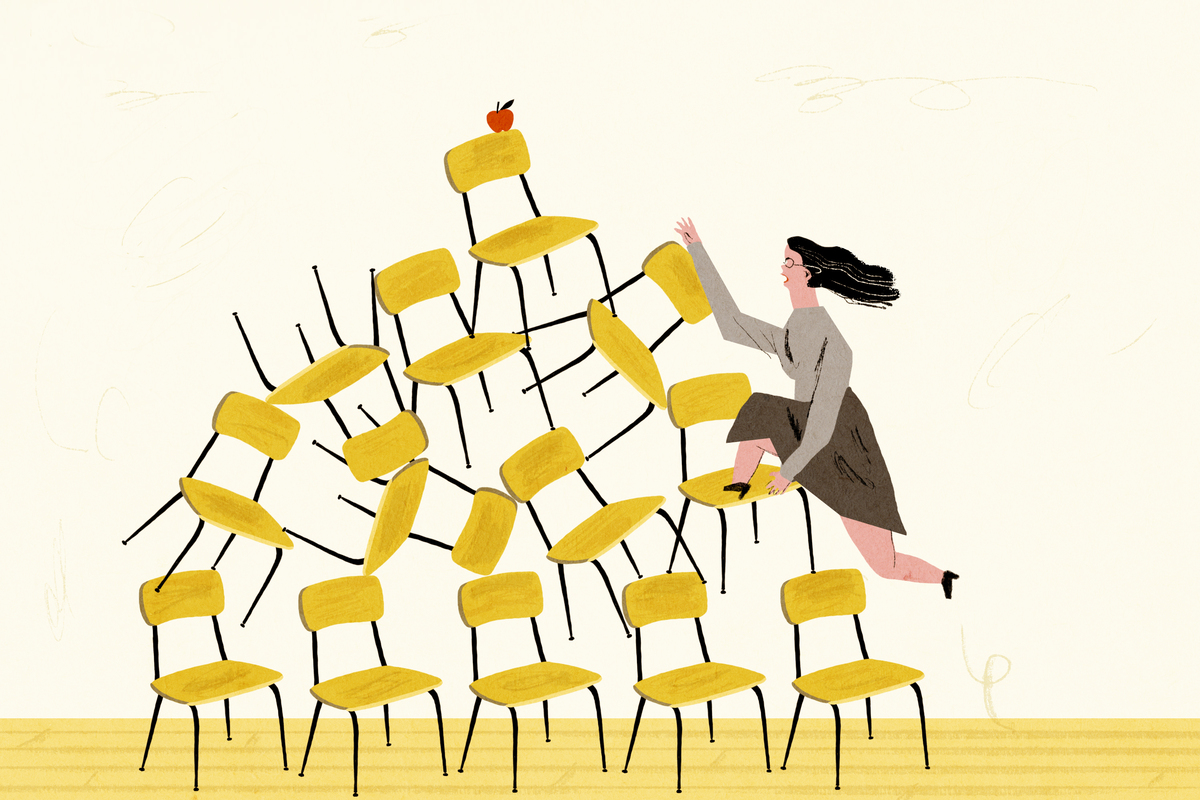 More than 9 in 10 teachers say they joined the profession for idealistic reasons — “I wanted to do good” — but most are struggling to some extent economically.

Those findings come from a nationally representative survey by NPR and Ipsos of more than 500 teachers across the country. The poll was conducted in April amid widespread walkouts in several states, including Colorado, Oklahoma, Kentucky, West Virginia, and currently Arizona.

While the story in each state is a little different, calls for better compensation and more school funding are common, as is the mood — fed up.

We wanted to gauge how widely these sentiments are shared.

Here’s what we found:

“I’ve done tutoring, I’ve done babysitting, I’ve cleaned houses, at one point, I did some office cleaning in the evenings,” Dayna Smith, a high school English teacher in Gilbert, Ariz., tells NPR in an interview. “I think all teachers at one point or another have done that.”

In addition to looking at teachers’ everyday economic struggles, we looked at the role of unions in their lives.

One might assume that with teacher walkouts in the news day after day, that the national teachers’ unions, like the American Federation of Teachers and the National Education Association, would be growing in membership and reputation and gaining political capital going forward.

But they don’t get all the credit for what is happening.

In fact, most of the teacher uprisings, with the exception of Colorado, have taken place in right-to-work states, meaning employees do not have to pay dues to a union to be in a workplace covered by a collective bargaining agreement.

In these states, as you might guess, unions tend to be smaller and have less power. Teachers have organized within unions and also outside them, using social media and other means. And they’ve often used sick days and other leave to walk out, instead of technically going on strike.

“This is not a union strike,” Larry Cagle, of the grass-roots organization Oklahoma Teachers United, told NPR.

A little fewer than half of the teachers in our sample belong to a union. This is representative of the teaching workforce nationwide. And what we found was that, not surprisingly, non-union teachers had lower opinions of organized labor.

Eva Shultz, a fifth-grade teacher in New Haven, Conn., and an AFT memer, responded to our poll. “I really appreciate my union — they really do have teachers’ backs,” she told NPR in an interview.

We asked teachers whether they believe public school teachers have the right to strike, and 82 percent of our respondents agreed. That number included 81 percent of nonunion teachers, and was higher than the general public we polled last week.

But Smith, the Arizona English teacher, stayed at home while thousands of teachers marched through Phoenix last week. She agrees with the reasons behind the strike in her state — but says, “My problem is that we’re public employees. We’re not hurting a nameless, faceless corporation. We’re hurting the people we’re supposed to be here to serve.”

Schultz, in Conn., supports the teachers who are walking out — but, she says, “It shouldn’t have had to get to that point for these teachers to be heard.” And she said, “it’s going to be difficult for those students.”

Just 47 percent of non-union teachers approve of how their local union handles issues like negotiating salaries and benefits. And just 42 percent approved of their advocating for teachers in politics.

When it came to the impact of unions on education in general?

Finally, we asked nonunion teachers whether they would like to join a union. Just 19 percent said unequivocally yes.