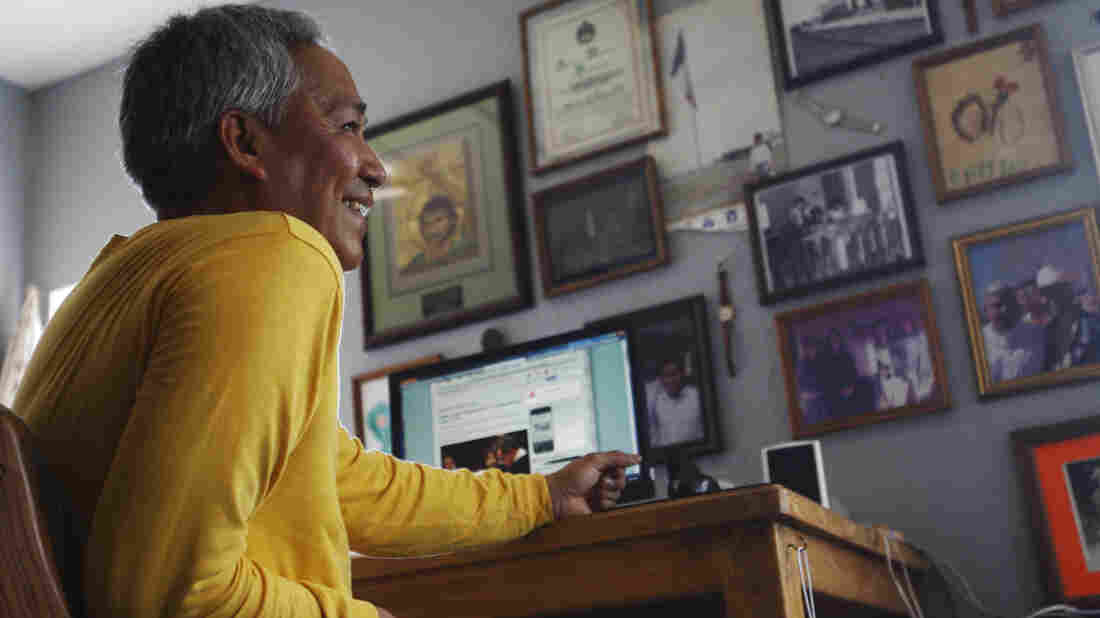 The U.S. released journalist Emilio Gutierrez and his son on Thursday, after the second months-long detention. Seen here in 2011, Gutierrez has been seeking asylum in the U.S. since fleeing Mexico’s drug violence in 2008. Jose Luis Gonzalez /Reuters hide caption 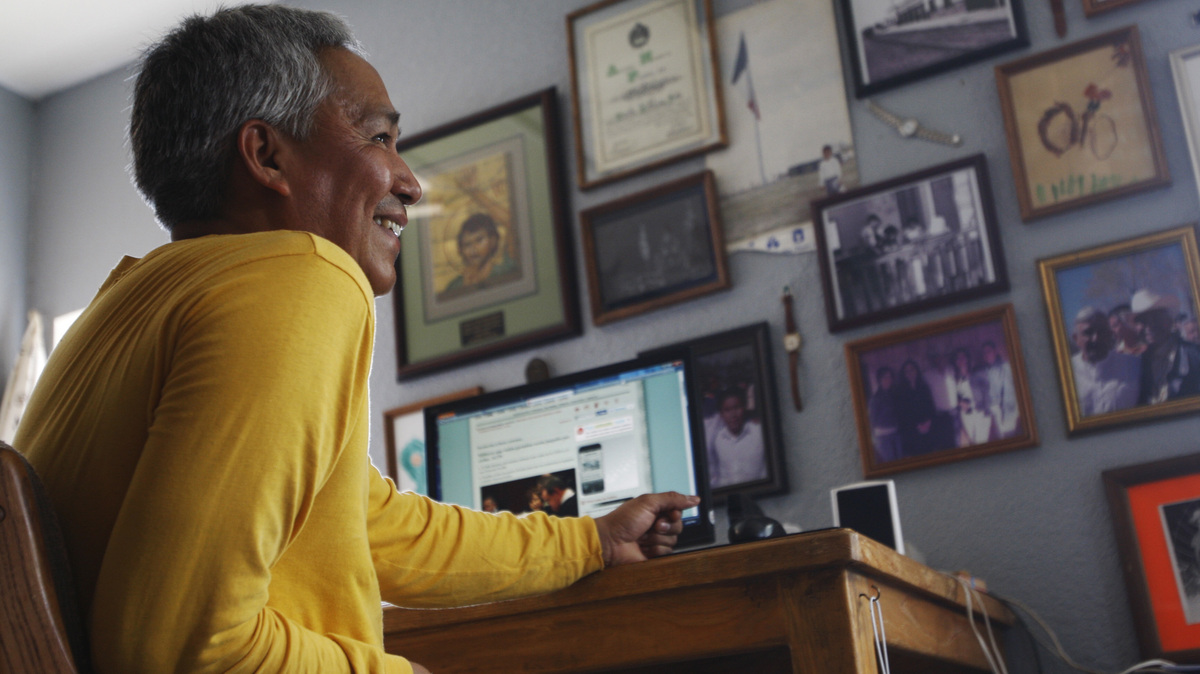 The U.S. released journalist Emilio Gutierrez and his son on Thursday, after the second months-long detention. Seen here in 2011, Gutierrez has been seeking asylum in the U.S. since fleeing Mexico’s drug violence in 2008.

The U.S. has freed journalist Emilio Gutierrez Soto from a holding facility in El Paso, Texas, hours before a federal judge’s deadline for the government to produce documents to explain why it detained the Mexican asylum-seeker for nearly eight months.

Gutierrez was arrested last December, two months after the National Press Club recognized him with its Press Freedom Award. As he accepted that award, Gutierrez criticized U.S. Immigration and Customs Enforcement. He and his attorneys say his detention was retaliation — and a violation of free speech rights.

A judge agreed there was enough evidence to require the government to show its reasoning. But last night, the government opted not to do that. In doing so, it also avoided having to produce a list of anyone involved in creating the “Non-Detained Target List” that ICE uses to target immigrants for arrest.

It was the second time Gutierrez has been detained by the U.S.; the first came in 2008, when he brought his son to a border crossing in New Mexico and said they were fleeing Mexico because of death threats from members of the military over Gutierrez’s reporting. With the two detentions, he has now spent more than a year of his life in federal custody.

Gutierrez, 55, and his son, Oscar, 25, were released Thursday evening.

Mexican journalist and asylum petitioner Emilio Gutierrez released from detention after 8 months. His attorneys were fighting his arrest in federal district court. pic.twitter.com/5JcJKpx68c

ICE agents took Gutierrez and his son into custody and tried to deport them on Dec. 7 — even driving them toward the El Paso/Juarez border. But that operation was halted when the Board of Immigration Appeals granted a stay and eventually reinstated the asylum-seekers’ appeal.

When the government continued to detain him, Gutierrez filed a habeas corpus lawsuit against Homeland Security Secretary Kirstjen Nielsen and Attorney General Jeff Sessions. A number of media organizations and professional societies – including some to which NPR journalists belong – filed court briefs in support of Gutierrez’s case.

Gutierrez first applied for legal admission to the U.S. in June of 2008, after realizing he was being followed around in Ciudad Juarez in Chihuahua state — and after being told that some in Mexico’s military wanted to kill him. The episodes followed his reporting that the military had been behind a series of violent armed robberies.

At the time, Mexico’s drug war was raging, and the number of asylum seekers was rising sharply.

“The immigration official asked me why I was entering the territory of the United States,” Gutierrez said, in a 2009 report by NPR’s John Burnett. “I told him I was very afraid, our lives are threatened by elements of the army. ‘Hold on, hold on,’ he told me, ‘Slow down.’ I asked for humanitarian help. Then I told him I was a journalist and showed him my credentials.”

Gutierrez wasn’t the only one trying to flee. In 2008, 10 police officers from Juarez crossed the border into the U.S. and asked for asylum (they eventually gave up the effort and returned home). And in 2009, the Juarez mayor moved his family to El Paso, facing death threats and ruthless violence from drug cartels.

After Gutierrez arrived, he was detained for seven months. He and his son, then 15, were released on parole under the status of “aliens with a credible fear of persecution,” as Judge David Guaderrama wrote in court documents this month.

Since then, his legal fight to be granted asylum in the U.S. has winded its way through hearings and delays, decisions and appeals — and now, it will continue.

Gutierrez has been living in New Mexico, but he is expected to move to Michigan soon, to accept a Knight-Wallace journalism fellowship at the University of Michigan.

The National Press Club’s Kathy Kiely, the press freedom fellow for the Journalism Institute, said, “”While we deeply regret the long detention for a reporter who violated no laws of this country, we are thrilled that, ultimately, common sense and American values have prevailed in this case.”

As the Texas Tribune reports, Gutierrez and his son will pursue their asylum case in front of an immigration judge next month.

Journalists have routinely been targeted in Mexico’s drug violence, as they try to work in the face of public corruption, threats and assassinations. Those who want to seek safety in the U.S. saw a flicker of hope in 2010, after reporter Jorge Luis Aguirre was granted asylum.

But that victory didn’t signal a broader shift — just last year, journalist Martín Méndez gave up his request for asylum and returned to Mexico in May, after spending four months in detention.

“Honestly, it is hell,” Méndez wrote of that ordeal.

Méndez said he was under threat for reporting about police violence in the state of Guerrero. Last September, the U.S. refused to allow Méndez to enter the country and visit the Newseum in Washington, D.C., foiling plans for him to speak at a panel discussion on journalists working in a hostile environment.