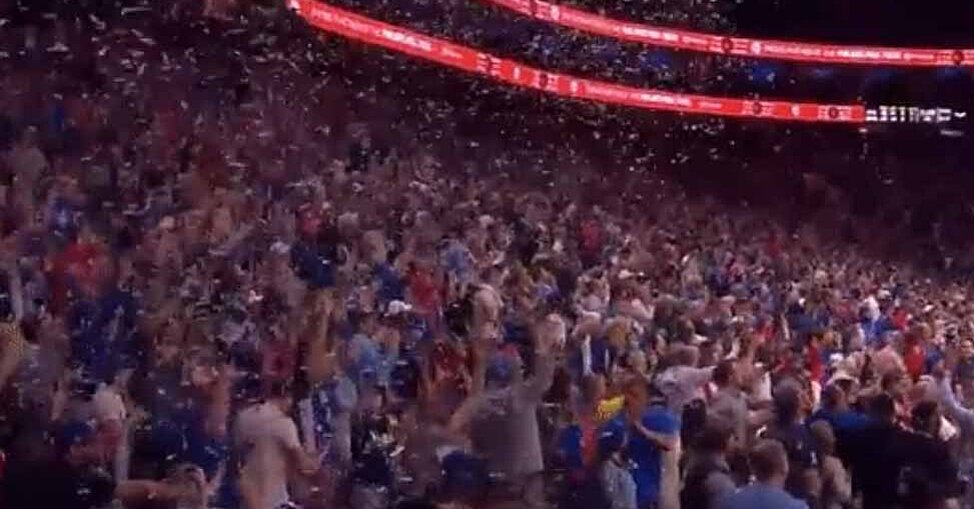 The Sixers released confetti after they thought they won Game 3 with a buzzer beater.

Things quickly went from bad to worse for the Sixers in their Game 3 loss to the Celtics on Saturday night.

The 76ers thought they won the game with a buzzer beater from Marco Belinelli when they were down by two, 89-87, with just over a second left in regulation.

Belinelli threw up a shot and it went in to be called a two-pointer. Sixers operations thought it was a three to win the game, and confetti covered the court.

The play was reviewed and stood as called. There was an extended delay as the confetti was cleaned up.

Philadelphia went on to lose 101-98 in overtime, but Twitter did not hold back on reacting to the confetti fiasco.

The Celtics now have a 3-0 series lead.