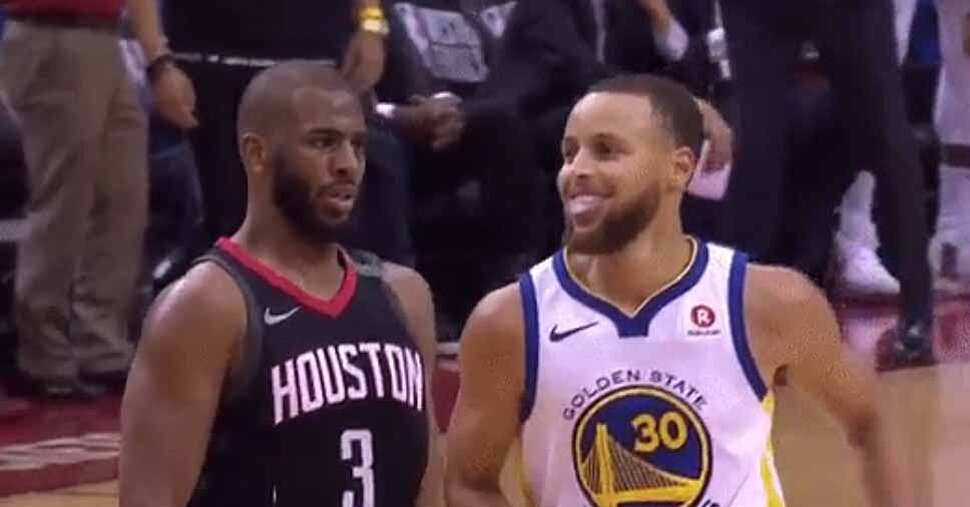 The Rockets beat the Warriors 98-94 in Game 5 of the Western Conference finals.

One of the night’s big moments came early in the second quarter as James Harden dunked on Draymond Green, after doing the same in Games 3 and 4.

Also in the second quarter, Green was blocked on a dunk by Clint Capela. Rockets legend Hakeem Olajuwon was sitting courtside and seemed to approve.

The game was tied 45-45 heading into halftime.

Chris Paul brought one of Twitter’s favorite moments of the night as he shimmed on Stephen Curry after dropping a three. Paul hit the shot in the third quarter with the shot clock running out.

Paul left the game in the fourth quarter after an awkward landing while attempting to make a shot.

See how Twitter went wild over the game’s gems.