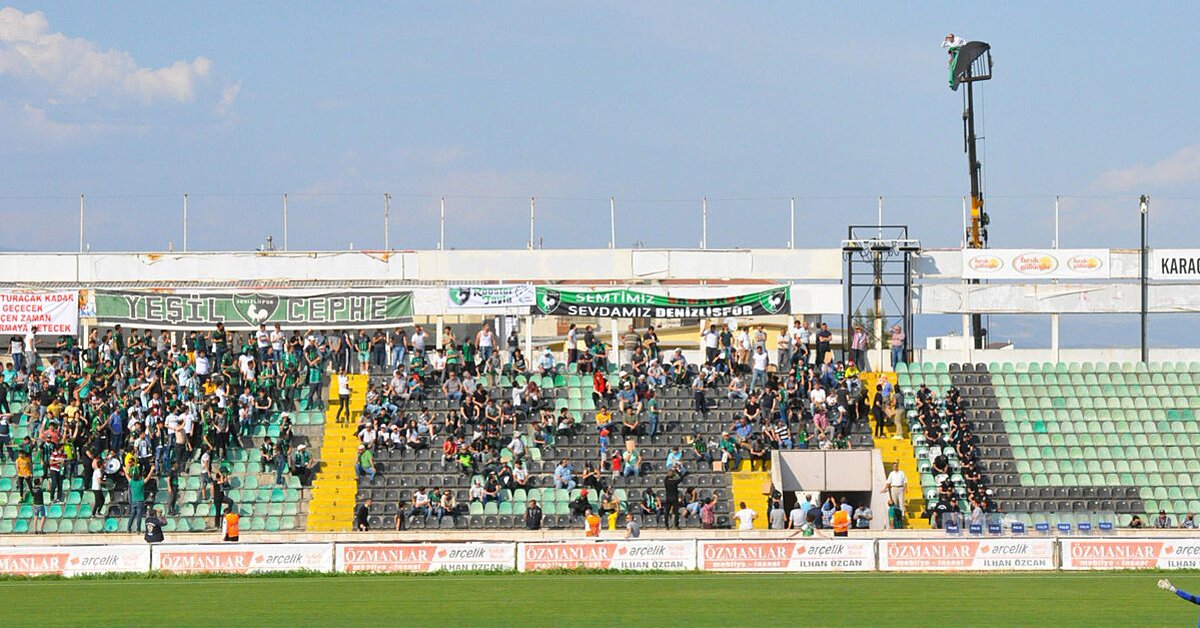 Nothing can stop the world’s most dedicated sports fan from supporting his beloved team.

Ali Demirkaya, a soccer fan in Turkey who was banned from Denizli Atatürk stadium for unspecified reasons, has taken the only reasonable course to watch the game. He rented a crane.

From high above just beyond the stadium limits, the diehard Denizlispor fan watched his team vanquish Gaziantepspor 5-0. He even led the crowd in a chant.

Nicknamed “Yamuk Ali” or “Irregular Ali” by the internet, the guy was suspended for a year, according to local news reports. But he just couldn’t miss the game, so he decided to get on that crane quickly.

“That match was very important for our team,” he explained to Yeni Asir newspaper. “I had to go to the police station to sign a paper to show that I am not watching the match in the stadium. Then I quickly went to rent the crane.”

According to him, the stunt only cost him $86. And from his vantage point, he was sitting pretty.

The fact that he took the love for the game to such impressive heights has inevitably captured the internet’s whimsy across the world. Eventually, his special VIP viewing party perch had to, like all great things, come to an end. Police lowered the crane.

Was it legal? Was it rational? What did he do to get banned for one year? Whatever the answer, the pictures are internet gold.

Sometimes you just have to rise above it all.

This article originally appeared on TIME.