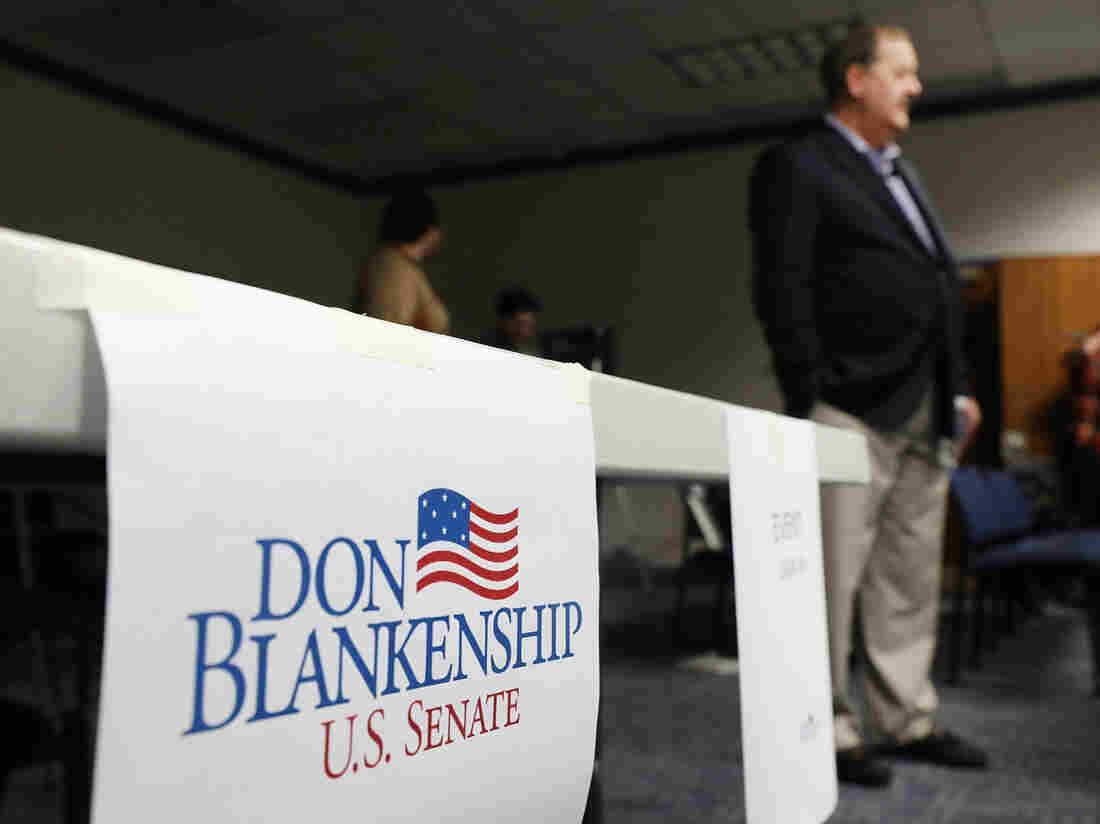 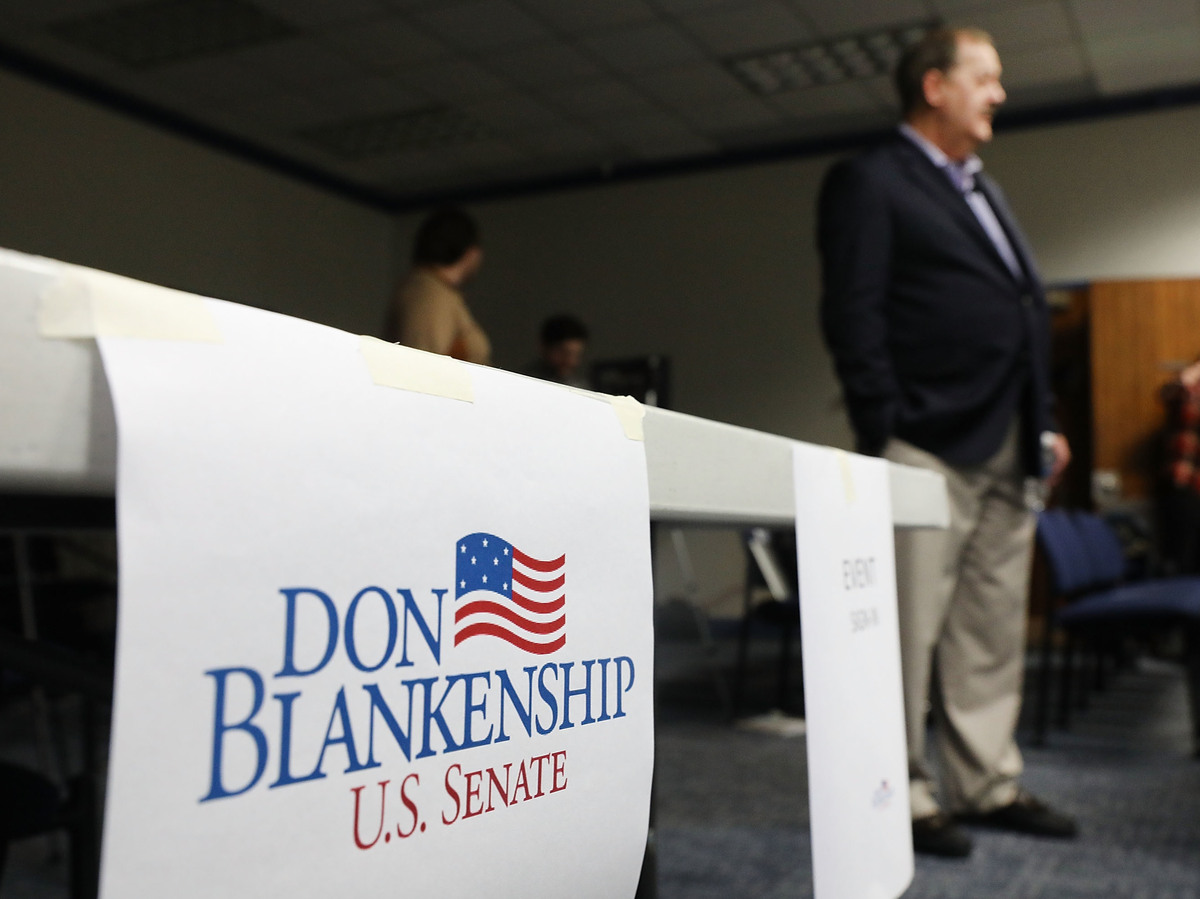 Republicans in Indiana and West Virginia will settle two bitter Senate primary fights today, with hopes that the nominees will not be too battered to take down vulnerable Democratic incumbents in November and secure the slim GOP Senate majority.

Candidates in both parties seem to agree on one thing: President Trump is the issue in 2018. While Republicans compete to prove who is most loyal to Trump, Democrats insist it’s a tactic that will backfire come November, motivating more Democratic voters than Republicans.

Here’s what to watch for in the first multi-state primary day of 2018.

Senate candidate Don Blankenship, the brash wealthy businessman and convicted coal baron, is opposed by national Republicans — including President Trump — because he could jeopardize the GOP hopes of picking up a Senate seat this November. Sen. Joe Manchin, D-W. Va., is vulnerable given that Donald Trump carried the state by 42 points in 2016.

But like many Democrats, he’s raising a lot of money compared to Republicans.

Blankenship, the former CEO of Massey Energy, spent a year in federal prison for violating safety laws after an explosion at one of his mines killed 29 men. He’s pouring millions of dollars of his own wealth into ads, including a last-minute media push which final polls showed translating into a surge.

In the final days of the race, an all-out battle between Blankenship and Republican leadership erupted after the coal CEO ran ads with racially-charged attacks on Senate Majority Leader Mitch McConnell’s Asian in-laws.

McConnell’s former chief of staff dubbed Blankenship the “West Virginia Roy Moore” on Twitter, and the president himself weighed in Monday morning to warn that Blankenship could repeat the loss of the disastrous Alabama nominee that cost the GOP a winnable seat last year.

To the great people of West Virginia we have, together, a really great chance to keep making a big difference. Problem is, Don Blankenship, currently running for Senate, can’t win the General Election in your State…No way! Remember Alabama. Vote Rep. Jenkins or A.G. Morrisey!

The other interesting election to watch is the 3rd Congressional District. Richard Ojeda, a populist Democrat who made a name for himself during the teacher’s strike has generated a lot of enthusiasm in the race to replace Jenkins in the House.

Indiana: Senate fight and a Pence on the ballot

The three-way contest in Indiana to take on Democratic Sen. Joe Donnelly has become a race to see who can align themselves most closely with Trump in another state the president won big.

Most Republicans think that businessman Mike Braun, who’s put $5.5 million of his own money into the race, had the momentum going into the final stretch, and he’s tried to argue he’s the true outsider in the race, much like the president. But his opponents have pushed back that Braun was a registered Democrat as of 2012.

Reps. Luke Messer and Todd Rokita have tried to burnish their Trumpian credentials — even though both initially supported other GOP candidates in the 2016 primary. Braun paints the other two as interchangeable D.C. politicians.

Republicans say they’d be happy with any candidate, and Trump is traveling to the Hoosier State on Thursday, which could serve as a unity moment to help heal the wounds of the primary.

There’s also a Pence on the ballot Tuesday — the vice president’s older brother, Greg. He’s kept a low profile in the primary for Messer’s open seat and hasn’t leaned heavily on his famous last name, though it’s sure to help him on the ballot.

In the Democratic race for Ohio governor, former Rep. Dennis Kucinich and former Consumer Financial Protection Bureau chief Richard Cordray are fighting for the progressive mantle. Kucinich has tried to paint Cordray as too establishment and conservative, pointing to his past “A” record from the National Rifle Association and argues the left needs a more firebrand-type candidate.

But Cordray, the former Ohio attorney general, has plenty of progressive credentials to burnish. Massachusetts Sen. Elizabeth Warren, who helped create the CFPB, has campaigned for him. But Kucinich, a gadfly politician who ran unsuccessfully for the White House in 2008, has pointed to his support for single-payer health care, which has earned him some influential union support and the backing of Our Revolution, the progressive group allied with Vermont Sen. Bernie Sanders. Sanders has personally remained neutral in the race.

Democrats are trying to flip the governor’s mansion, being vacated by Republican Gov. John Kasich. On the GOP side, the top two contenders are Attorney General Mike DeWine and Lt. Gov. Mary Taylor, and both are trying to run as the most Trump-like candidate.

DeWine, a former U.S. Senator, is the favorite, but to try and catch him Taylor has thrown Kasich — a vocal Trump critic and possible 2020 primary challenger — under the bus, decrying his decision to expand Medicaid and claiming the two hadn’t even spoken in a year.

There’s a Senate primary here too, with Rep. Jim Renacci the favorite in the contest to take on Democratic Sen. Sherrod Brown. Renacci switched earlier this year from the gubernatorial contest, where he had struggled to gain traction, after State Treasurer Josh Mandel had to drop out of the Senate race for family reasons. Brown has a big fundraising advantage.

There are several House races Democrats plan to target in Ohio come November, but the one that could best give insight into November’s elections is the 12th District contest to replace former GOP Rep. Pat Tiberi, who resigned earlier this year.

State Sen. Troy Balderson has Tiberi’s blessing and is the establishment favorite in what’s become a toss-up contest in the suburban Columbus seat. Liberty Township trustee Melanie Leneghan has taken up the conservative mantle, with the backing of Freedom Caucus founder Rep. Jim Jordan, R-Ohio.

If Leneghan is the nominee, the August special election could be even more in play, Tiberi himself warned last month, pointing to Democrats’ March upset in Pennsylvania’s 18th District.

In the Democratic primary for that House seat, Franklin County recorder Danny O’Connor is seen as the favorite, with the backing of former Gov. Ted Strickland and Ohio Rep. Tim Ryan, but there are several contenders.

North Carolina: House contests could be on the line for Democrats

There aren’t any statewide contests to watch here, but several primaries in House races could impact whether Democrats can take control next year.

In the 9th Congressional District, between suburban Charlotte and Fayetteville, GOP Rep. Robert Pittenger is working to fend off a primary challenger in conservative pastor Mark Harris, and he’s had to move to the right in order to do so, which could endanger him more come November. Democrat Dan McCready has shown fundraising prowess and could prove a threat to flip the seat in November.

The 13th District, which takes in the eastern Raleigh suburbs, could be in play as well. GOP Rep. Ted Budd has also been outraised by his likely Democratic opponent, philanthropist Kathy Manning.

Both McCready and Manning have to win their primaries first over their districts’ respective 2016 Democratic nominees.