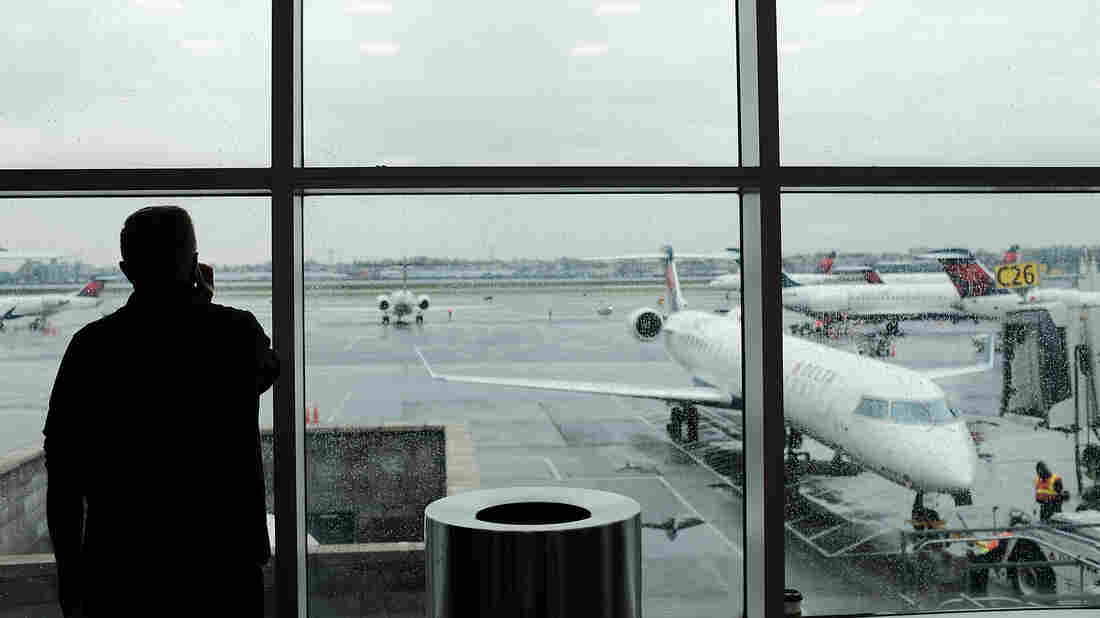 A passenger looks over planes sitting on the tarmac at LaGuardia Airport in New York City on Nov. 22. A previously undisclosed TSA program flags passengers for observation, and undercover air marshals observe their behavior — including whether they make calls or send texts as they travel, The Boston Globe reports. Spencer Platt/Getty Images hide caption 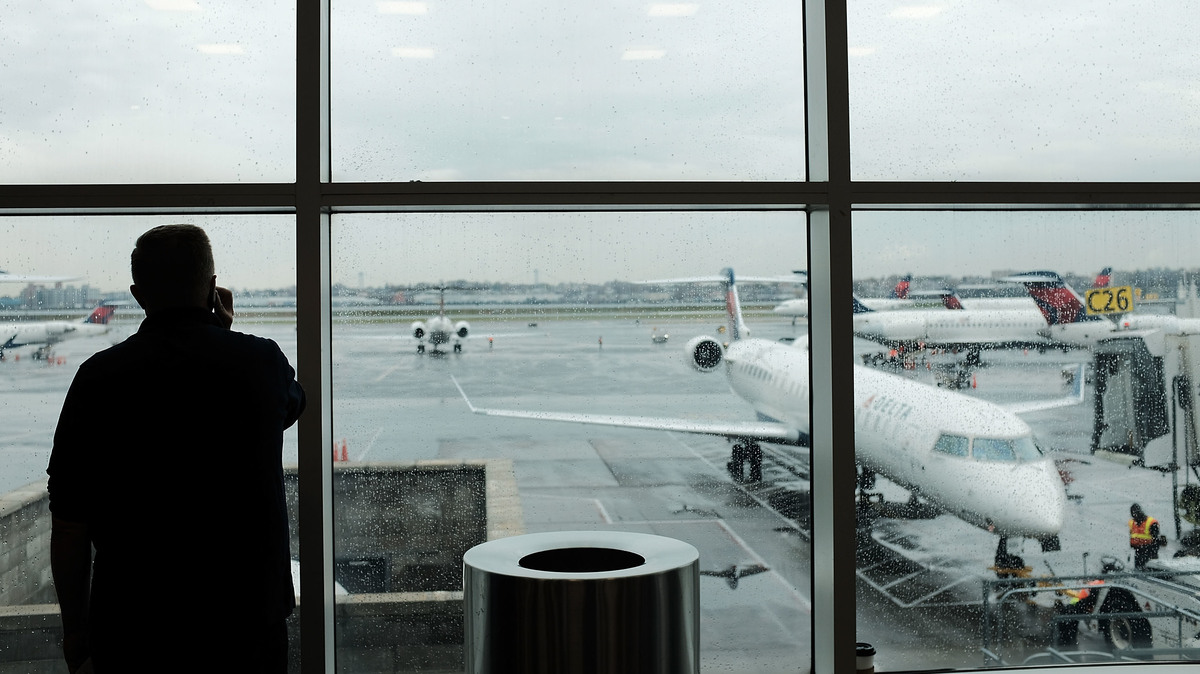 A passenger looks over planes sitting on the tarmac at LaGuardia Airport in New York City on Nov. 22. A previously undisclosed TSA program flags passengers for observation, and undercover air marshals observe their behavior — including whether they make calls or send texts as they travel, The Boston Globe reports.

Some Americans have been trailed and closely monitored by undercover air marshals as they traveled on U.S. flights, as part of a previously undisclosed Transportation Security Administration program called Quiet Skies.

The existence of the program was first reported Saturday by the The Boston Globe, citing an internal TSA bulletin from March as well as anonymous sources within the department. The Globe says the program targets travelers who are not on terrorist watch lists and are not suspected of a crime.

Some air marshals involved have expressed misgivings about the domestic surveillance program, questioning whether it’s legal and whether it’s an efficient use of resources, the newspaper reports.

In a statement to NPR on Monday, the TSA defended the program as “a practical method of keeping another act of terrorism from occurring at 30,000 feet.”

Spokeswoman Michelle Negron said the program “doesn’t take into account race and religion, and it is not intended to surveil ordinary Americans.”

The program is routinely reviewed by “legal, privacy and civil rights and liberties offices,” she said.

Quiet Skies has been active since 2010, The Washington Post reported on Sunday.

Under the program, the Globe reports, “thousands of unsuspecting Americans have been subjected to targeted airport and inflight surveillance, carried out by small teams of armed, undercover air marshals, government documents show.”

The air marshals observe the targets and keep notes, the Globe reports — documenting whether they change clothes or shave while traveling, abruptly change direction while moving through the airport, sweat, tremble or blink rapidly during the flight, use their phones, talk to other travelers or use the bathroom, among many other behaviors.

The TSA says that people are selected for monitoring based on an analysis of their travel patterns.

The Globe reports that there are 15 rules for selection, and that the full list of criteria is not known. “Passengers are not under investigation and their names are not on a terrorist watch list or in a screening database,” the newspaper writes.

The Globe reports that a flight attendant and a federal law enforcement officer are among those who have been flagged for surveillance under the program. Dozens of people are monitored each day, the newspaper says.

Jonathan Turley, a professor at George Washington University Law School, tells NPR that whether or not Quiet Skies is legal depends on how exactly it is carried out.

In general, he says, people in public — on an airplane, for instance — do not have a reasonable expectation of privacy under the Constitution. “If other citizens can see you, the government and the police are allowed to see you,” he told All Things Considered on Sunday. “They’re also allowed to keep notes on what they observe.”

But it’s possible that the program could step over the line, he says.

“If [air marshals] are trying to see what’s on the screen of a computer or take more intrusive steps, it could raise serious privacy issues under the Constitution,” Turley said. “Also, if they’re using these types of digital dossiers to restrict people, putting them on flight lists or putting them under some type of other limitation, that could also raise a serious matter under the Constitution. We simply don’t know.”