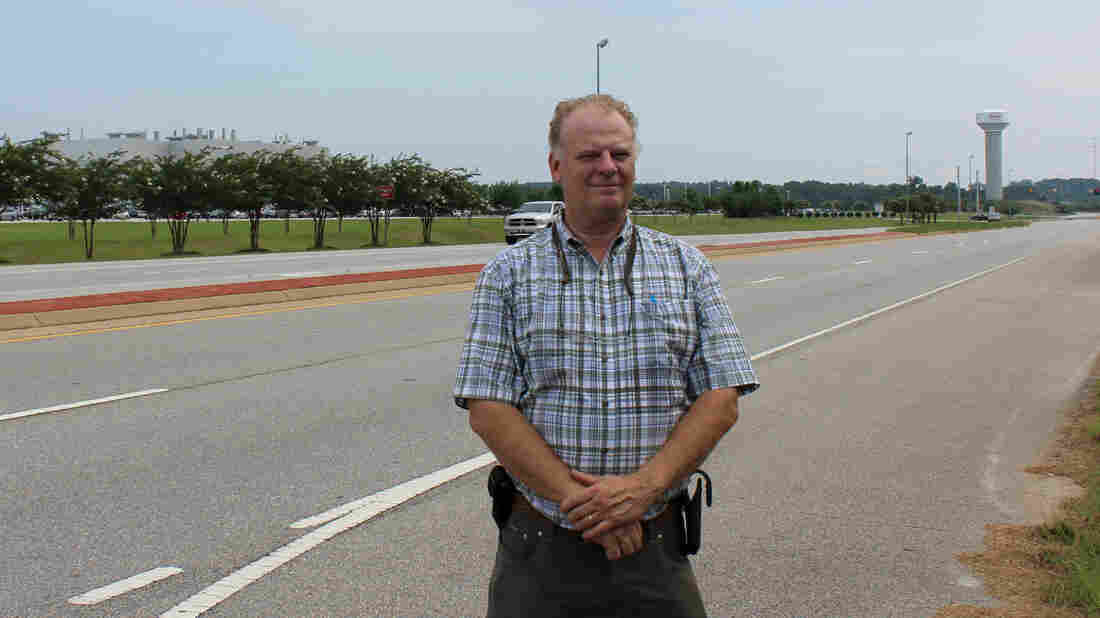 Steve Tramell is mayor of West Point, Ga., home to a Kia auto plant that employs thousands. He’s worried about the potential impacts that proposed import tariffs on auto parts and cars would have on his town. Johnny Kauffman /WABE hide caption 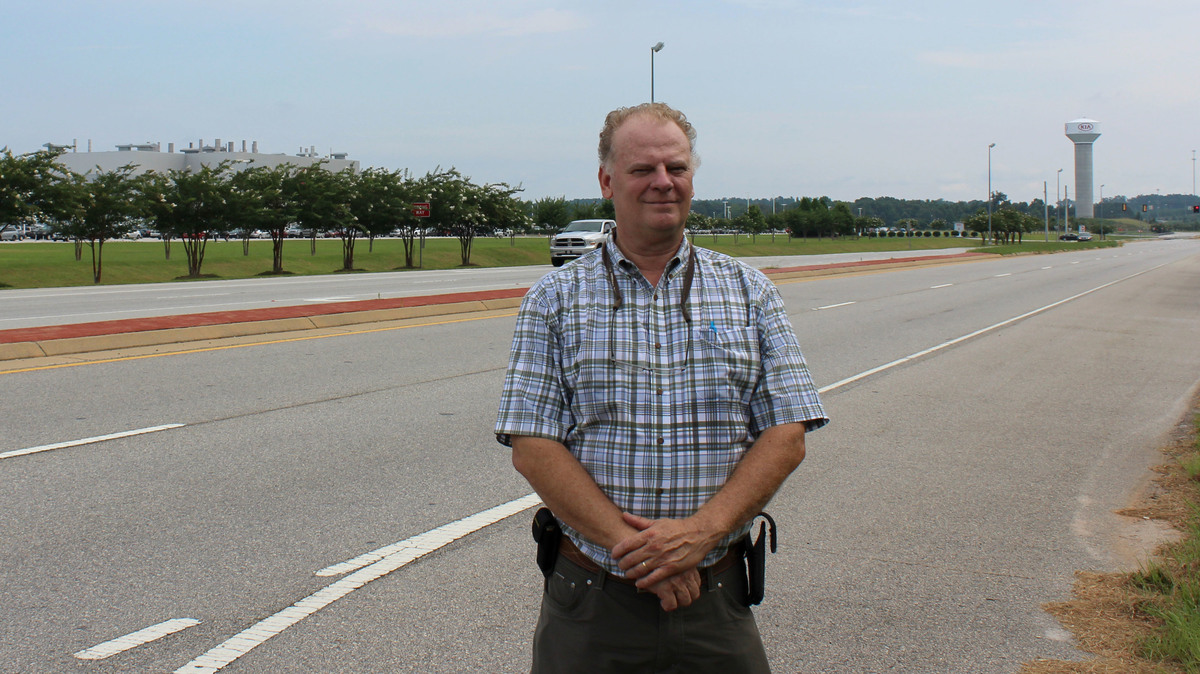 Steve Tramell is mayor of West Point, Ga., home to a Kia auto plant that employs thousands. He’s worried about the potential impacts that proposed import tariffs on auto parts and cars would have on his town.

Steve Tramell remembers when the news got out in 2006 that Kia was planning to open a plant in West Point, Ga., population 3,700.

“The excitement in downtown was wild,” says Tramell, the city’s mayor. “The signs that were popping up in people’s yards: ‘Thank Jesus for Kia.’ You know, things like that. It was really neat.”

But these days, Tramell is worried. The largest employer in his town is under pressure thanks President Trump’s threat to impose tariffs on imported auto parts and cars.

Kia says it has invested $1.6 billion in the 2,200-acre West Point plant and surrounding community. The plant, along with nearby suppliers, employs 14,000 full-time workers. The area is known for producing the Sorento, Kia’s midsize SUV.

The massive gray factory, with a red Kia logo emblazoned on the front, sits near the Georgia-Alabama border in what used to be farmland.

Textile plants were the main employers in West Point for decades, before they shuttered in the late 1990s and early 2000s.

Tariffs would be “devastating”

President Trump surprised the world this week when he announced a detente on tariffs with Europe. But new U.S. tariffs on imported cars and parts still loom.

Those tariffs would hit Asian companies like South Korea-based Kia especially hard, and put jobs at risk in communities like West Point. 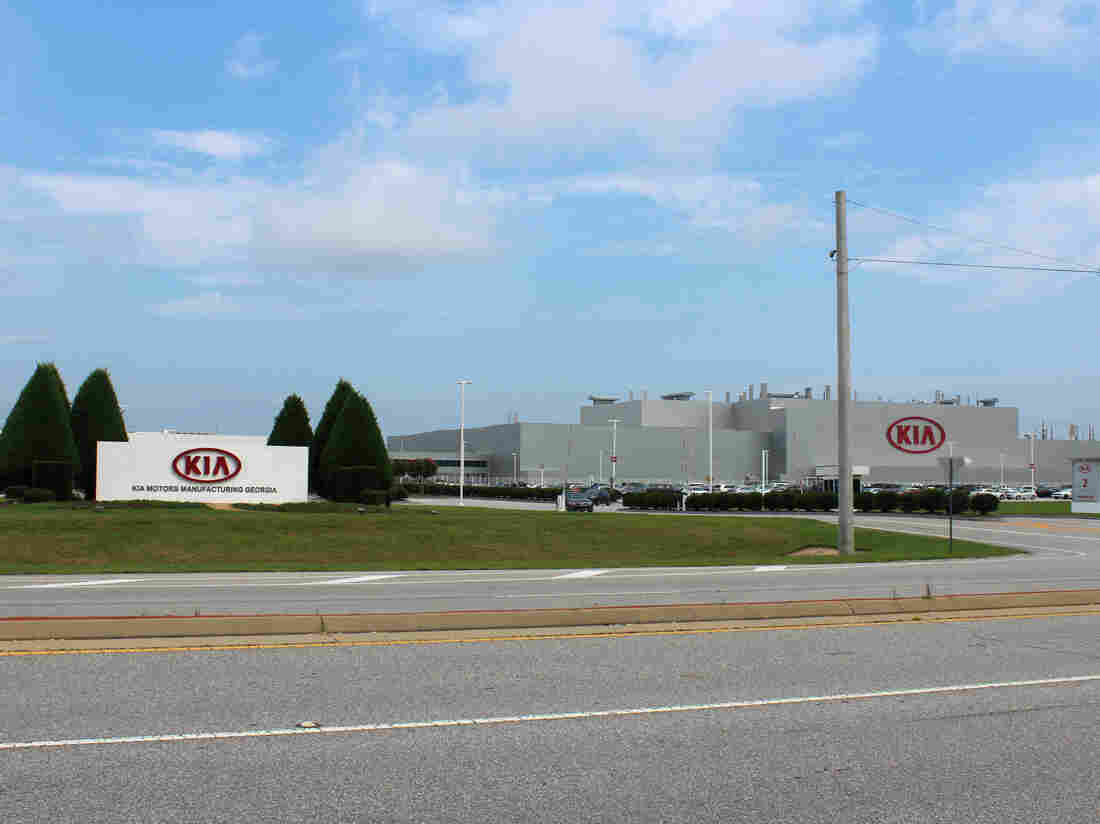 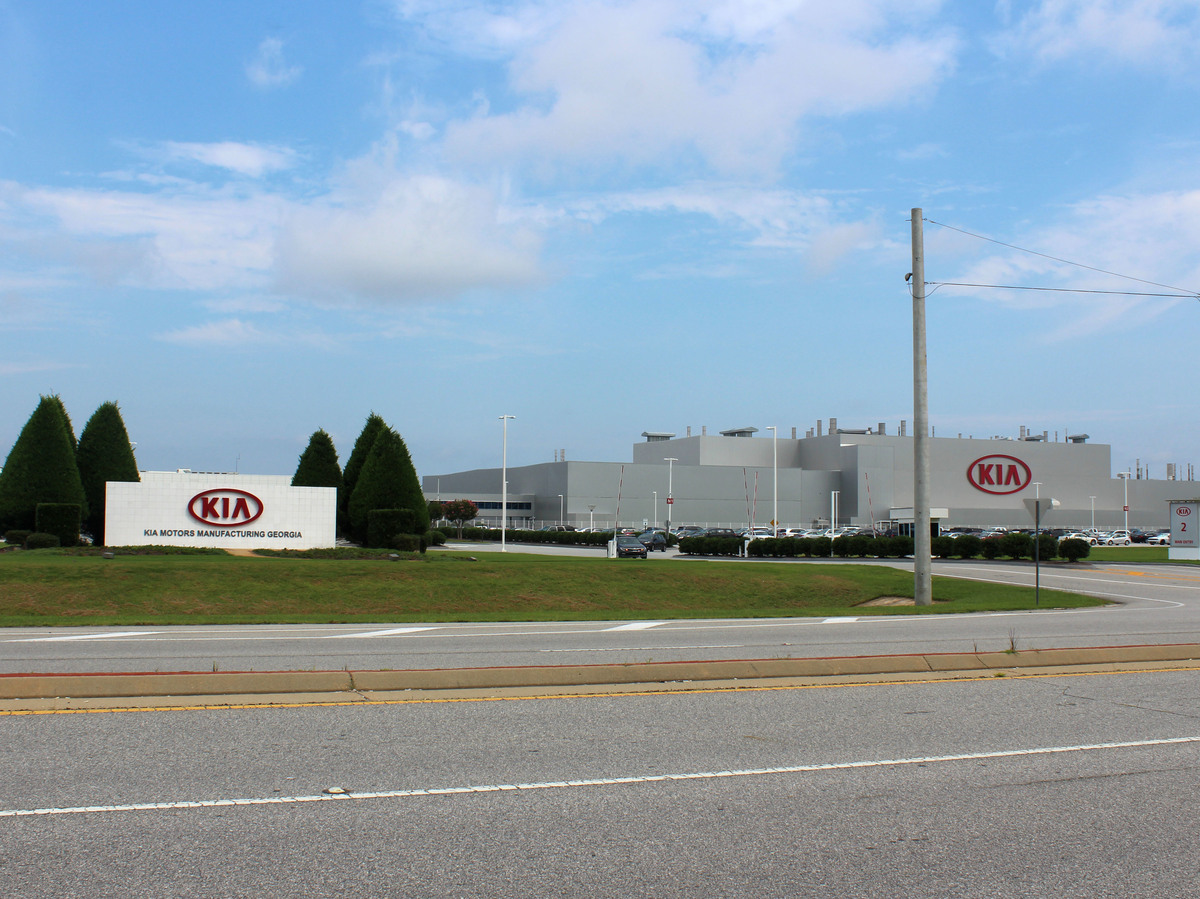 Kia’s 2,200-acre plant in West Point and local suppliers employ 14,000 people, according to the car company.

Kia’s business could be affected by the tariffs in two ways.

First, importing vehicles into the U.S would be more expensive. Two-thirds of the vehicles Kia sells here come from other countries, like South Korea and Mexico.

Second, the company would pay more to import parts for the vehicles it makes in the U.S., including the West Point factory.

Kia declined requests for an interview.

But in an official filing with the U.S. Commerce Department, which is reviewing whether foreign auto imports are a national security threat, the South Korean company said import restrictions “would be devastating to Kia Motors and the many American businesses and workers it directly and indirectly supports.”

The filing mentioned Kia’s West Point plant specifically, saying auto tariffs would lead to a reduction in the number of workers employed there, at surrounding suppliers, and “hundreds of dealerships around the country.”

It’s this threat to jobs that makes auto tariffs so politically unpopular.

“I’ve got homeboys out there”

Since he moved to West Point to be closer to his mom eight years ago at the age of 18, Des Carlisle has worked for Kia or its suppliers on-and-off for months or weeks at a time through temp agencies.

The starting wage is around $9 an hour, he says.

Most recently, Carlisle worked at the Kia plant, where his job was making sure people who painted cars had the supplies they need. 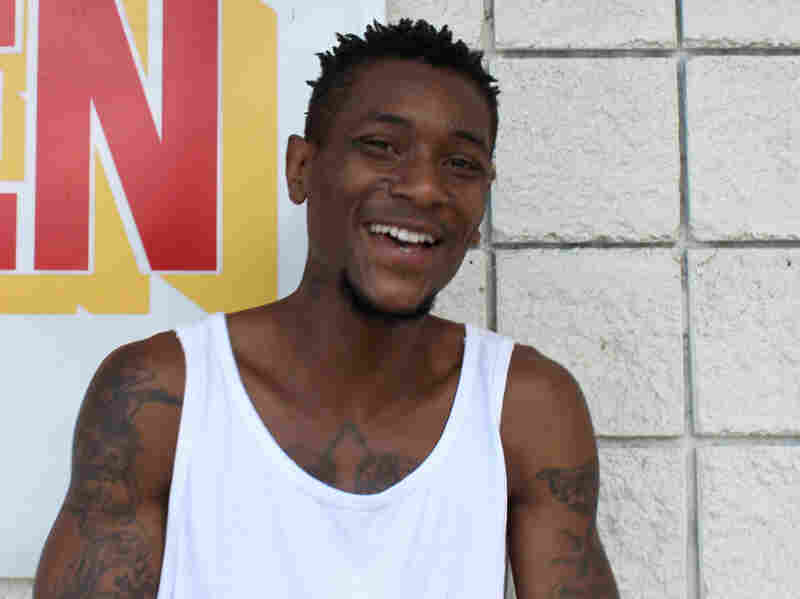 Des Carlisle, 26, worries about what a slowdown at the Kia plant in his hometown would mean for himself, his friends and his family. Johnny Kauffman /WABE hide caption 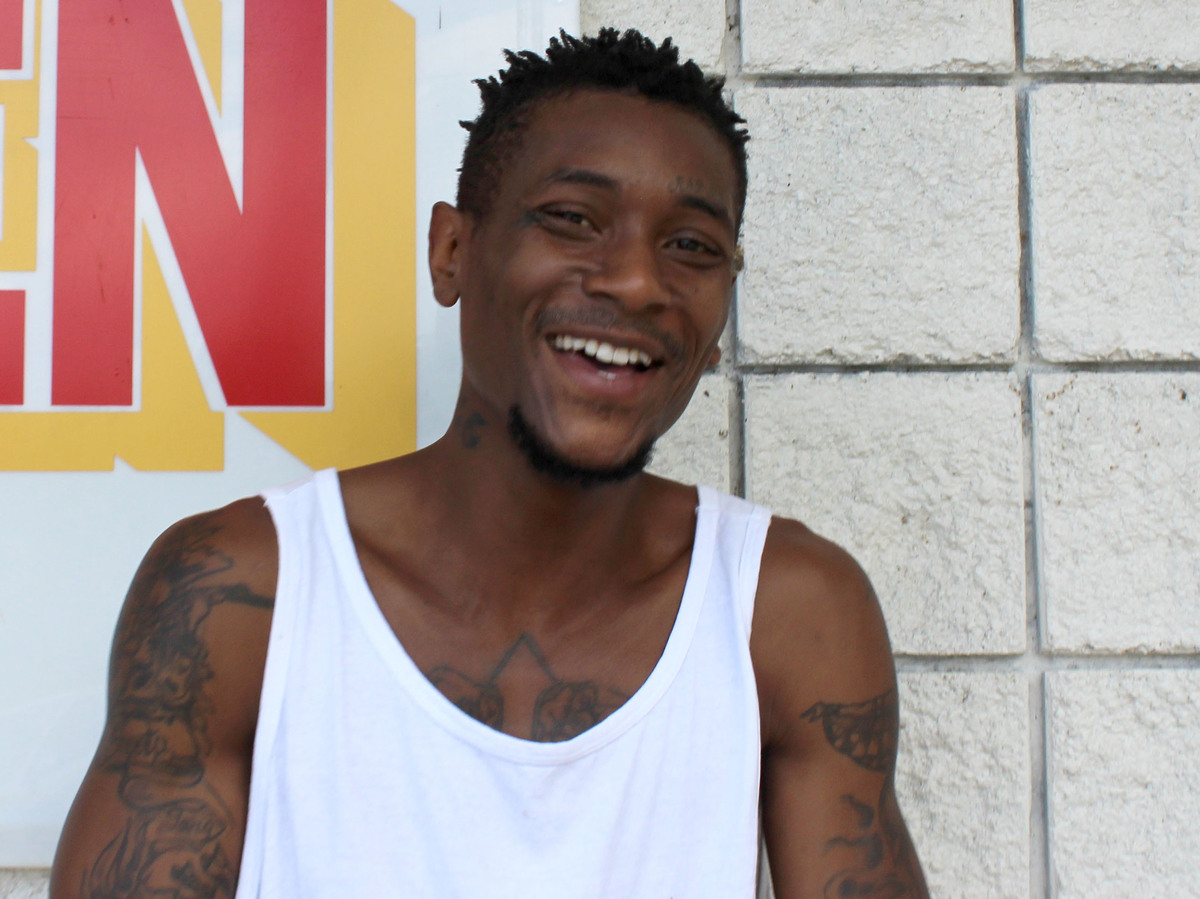 Des Carlisle, 26, worries about what a slowdown at the Kia plant in his hometown would mean for himself, his friends and his family.

Carlisle worries that jobs cuts or a slowdown at Kia will make it more difficult for him to find work. And he’s concerned what they would mean for his friends and family.

“I got a lot of homeboys that work at plenty of these plants,” he says during a visit to a gas station down the road from the Kia plant. “The whole Kia Boulevard, I’ve got homeboys out there.”

Carlisle wants to be a clothing designer full-time. He points to my dark-brown khakis.

But if he can’t find work, and save up to pay for the supplies he needs, that goal will be harder for him to reach.

Also at the gas station, Carl Michalski is on his way to work at Yanfeng Automotive Interiors, where he’s a production supervisor.

The company makes door panels for the Sorento.

“It might get rough for a minute,” he says. “But I think it’s going to all work itself out in the best. China’s going to come to the table and do what they’re supposed it do.”

Michelle Krebs, senior analyst at Autotrader, says Kia depends on sales of less expensive compact cars, and its customers tend to be younger, with less money to spare.

The compact Kia Forte, for example, is the No. 1 car owned by people with subprime credit, according to Cox Automotive.

“These are people who are really stretching to buy a new car,” Krebs says. “Any kind of added expense is going to cause more people to fall out of the car market.”

She predicts that would have consequences for Kia, and car companies like Hyundai and Nissan that operate similarly.

“If you add on the cost of a tariff,” Krebs says. “[Kia] would lose sales, because it would be very difficult for consumers to afford even more.”