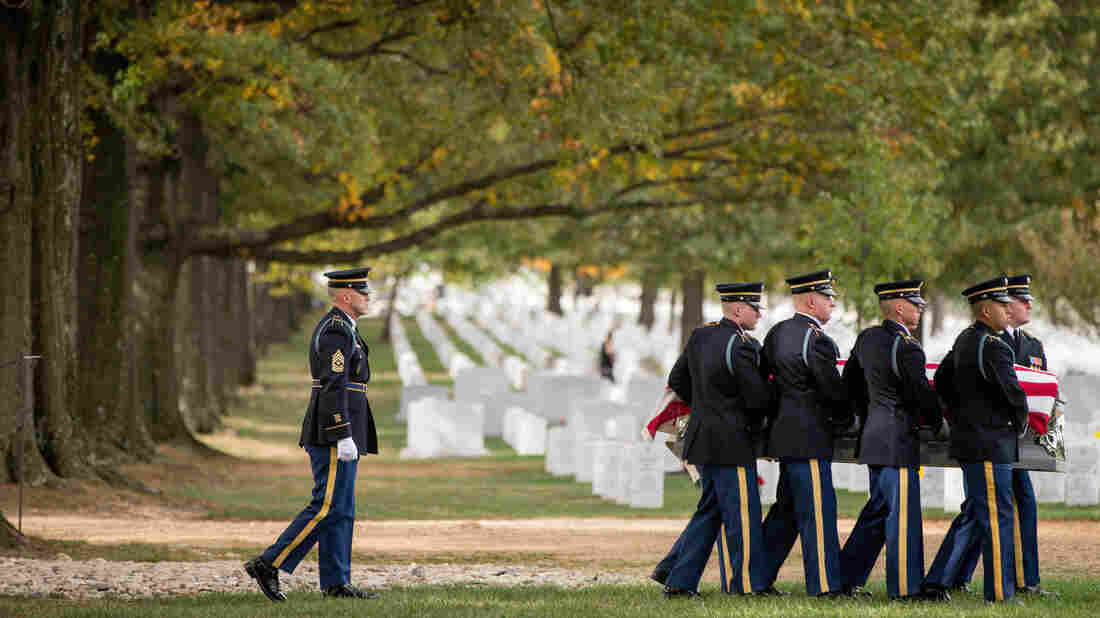 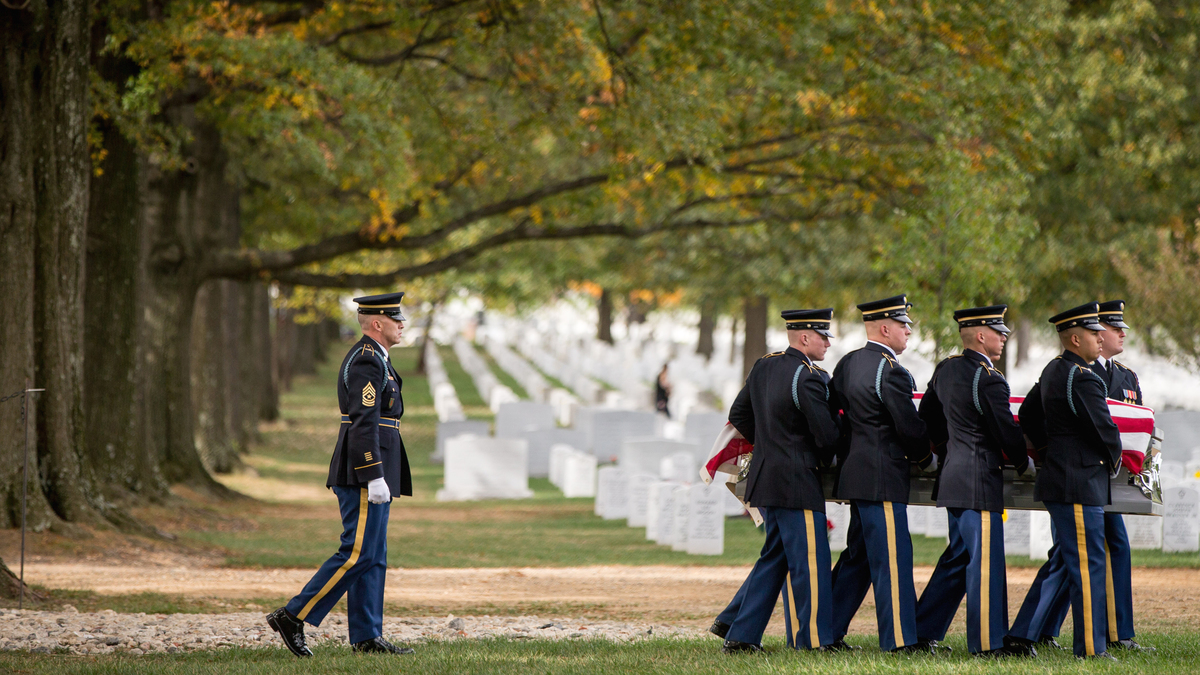 A casket team carries the remains of U.S. Army Cpl. Robert E. Meyers, a Korean War soldier, at Arlington National Cemetery in 2015. Meyers’ remains were identified decades after his unit was involved in combat operations near Sonchu, North Korea.

One of the four key points agreed to by President Trump and North Korean leader Kim Jong Un is to help repatriate the remains of Americans killed in action during the Korean War.

“The United States and the DPRK commit to recovering POW/MIA remains, including the immediate repatriation of those already identified,” the statement reads.

It may not have been the focus of the summit, but Korean War vets and their families were hoping the issue would come up.

“All of our members have served in combat and we understand the importance of bring our war dead home to bring closure to families,” said Veterans of Foreign Wars National Commander Keith Harman.

“We fully understand the peace talks were about denuclearization — we wanted this to be part of that as well,” he said.

Thirty five thousand Americans died on the Korean peninsula between 1950 and 1953 and 7,700 are still listed as missing-in-action. The VFW estimates that as many as 5,300 sets of remains are in North Korea.

When relations between the U.S. and the DPRK thawed slightly between 1990 and 2005, a repatriation agreement allowed 229 sets of remains to come home to American families. The VFW sent a June 6 letter to President Trump to urge him to make the issue part of the negotiation.

“For the families of those who never returned, the passage of time does not heal their wounds. For them, the days became weeks, and the weeks became months, then years, and now, sadly, decades,” the letter said.

“I must have had just countless calls and letters and tweets, anything you can do — they want the remains of their sons back,” he said. “They want the remains of their fathers, and mothers, and all of the people that got caught into that really brutal war, which took place, to a large extent, in North Korea. And I asked for it today, and we got it.”

President Trump said that he had asked for the concession at the last minute but Kim Jong Un agreed to start the process immediately, “He agreed to that so quickly and so nice — it was really a very nice thing, and he understands it. He understands it.”