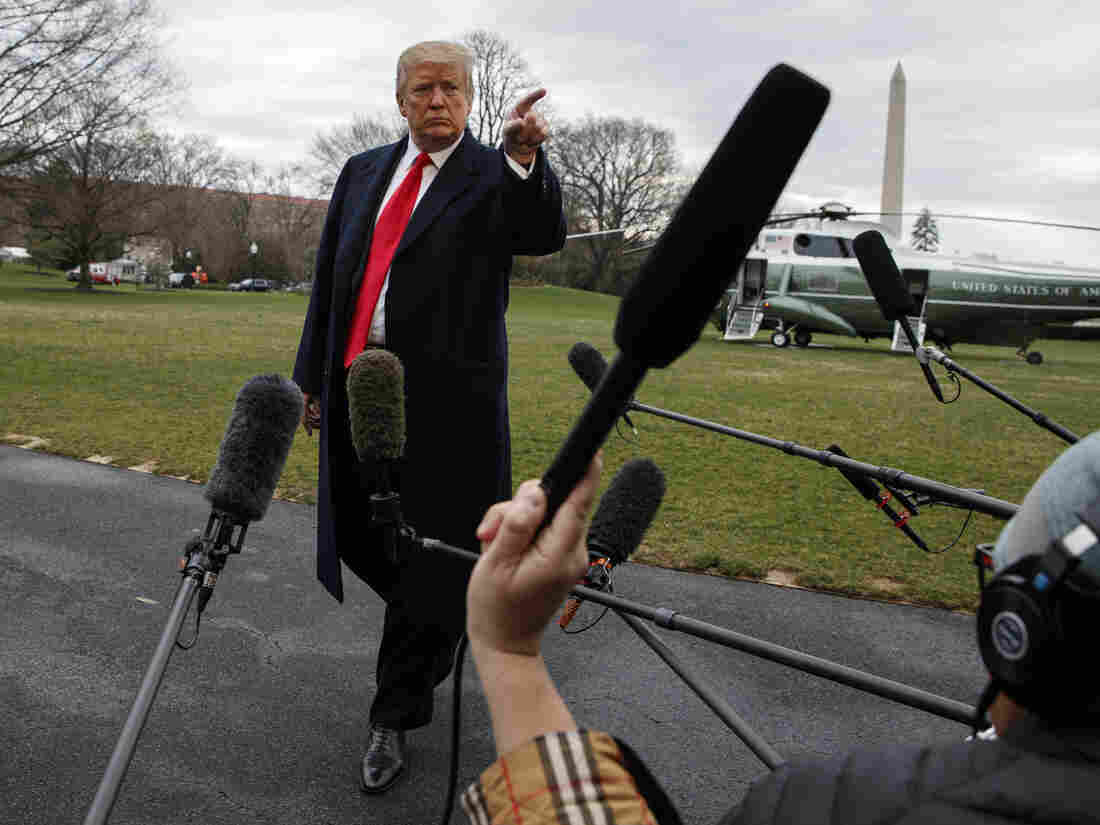 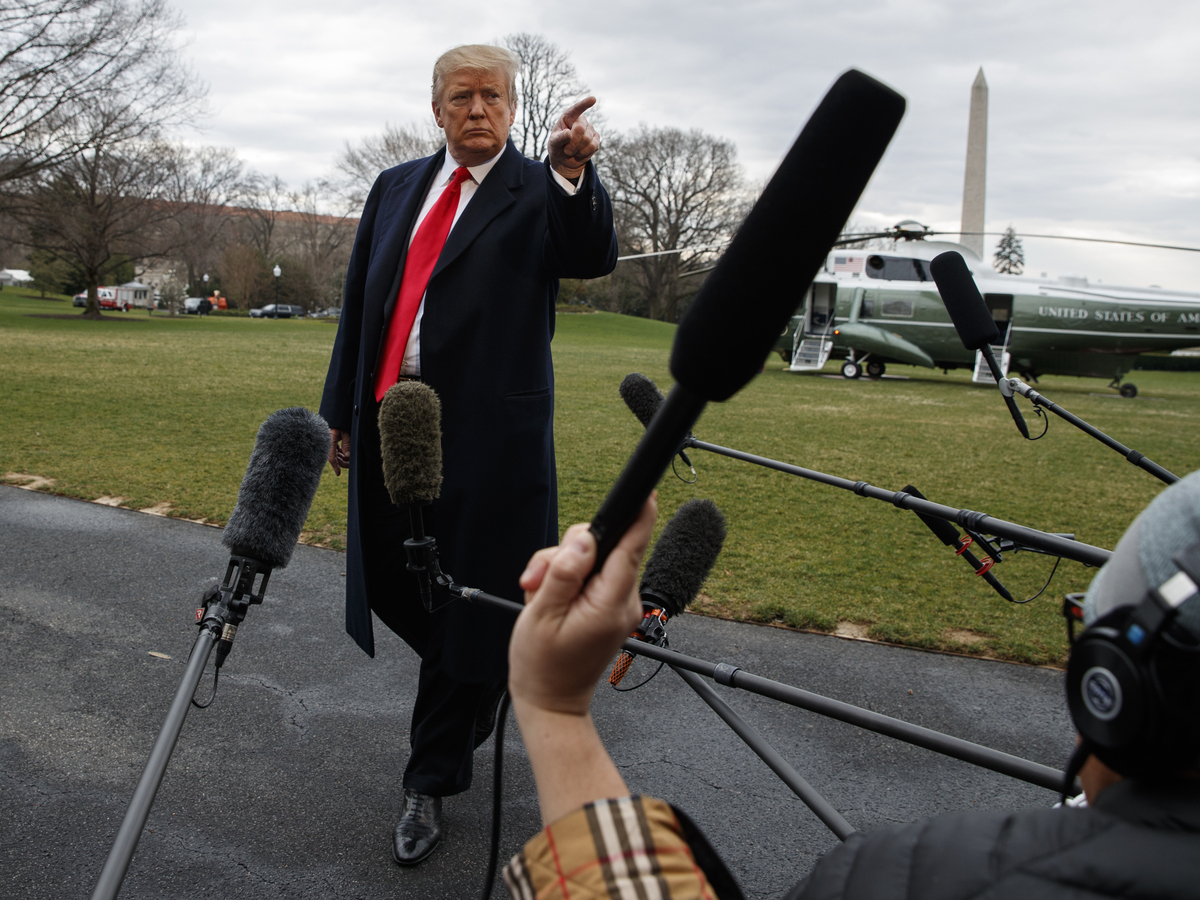 President Donald Trump talked with reporters before boarding Marine One on the South Lawn of the White House, Friday, March 22, 2019.

President Trump and the White House waited with the rest of the world on Sunday for the final report by special counsel Robert Mueller about his investigation into the Russian interference in the 2016 presidential election.

Deputy White House press secretary Hogan Gidley told reporters that neither he nor anyone else on staff had received the report or been briefed on it. Mueller notified the leaders of the Justice Department on Friday that it was complete.

Trump is in Florida; White House Counsel Pat Cipollone and another top attorney, Emmet Flood, traveled with him, among other staffers.

Supporters of the president have welcomed the news from the Justice Department that Mueller hasn’t recommended any more criminal indictments. They say this shows the story is over and that, according to this line of thinking, Mueller didn’t uncover any conspiracy between Trump’s campaign and the Russians.

They were expected to transmit some of its high level conclusions to Congress — and the wider public — as soon as Sunday, likely in a letter summarizing the source document.

Calls have been nearly universal and bipartisan, however, for Mueller’s original report to be released, and for the public or Congress to access its findings and its underlying source material.