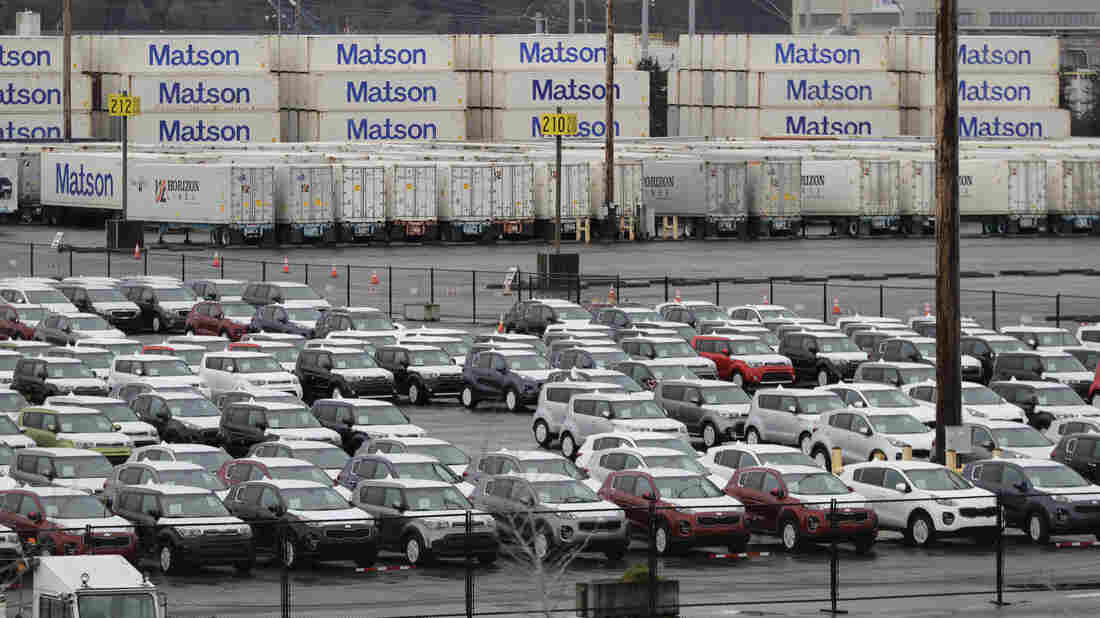 New cars and cargo containers are shown in a staging area, on April 6, 2018, at the Port of Tacoma in Wash. On Wednesday, President Donald Trump ordered the Commerce secretary to look into whether tariffs are needed on vehicles and auto parts imported to the U.S. Ted S. Warren/AP hide caption

Trump met Wednesday with Commerce Secretary Wilbur Ross and instructed him to consider an investigation into possible tariffs on imported vehicles and auto parts.

Trump said in a statement Wednesday that the domestic auto industry is “critical to our strength as a nation.” A 1960s-era law allows the president to impose tariffs and other protectionist measures for industries deemed vital to national security.

Trump hinted at the auto action early Wednesday when he tweeted, “There will be big news coming soon for our great American Autoworkers. After many decades of losing your jobs to other countries, you have waited long enough!”

There will be big news coming soon for our great American Autoworkers. After many decades of losing your jobs to other countries, you have waited long enough!

The tariffs on steel and aluminum imports followed a year-long investigation, so any action on auto imports could be months away. The threat of tariffs could also be a useful bargaining chip, as the U.S. tries to negotiate new trade agreements with Japan, Mexico, Canada, and the European Union. Trump has regularly complained that other countries impose higher tariffs on imported vehicles than the U.S. does.

While the domestic steel and aluminum industries have been hard-hit by foreign competition, domestic automakers have largely held their own in recent years. General Motors was the number one selling brand in the U.S. in 2017 while Ford was number three. What’s more, many top foreign brands such as Toyota and Honda have manufacturing facilities located in the U.S.