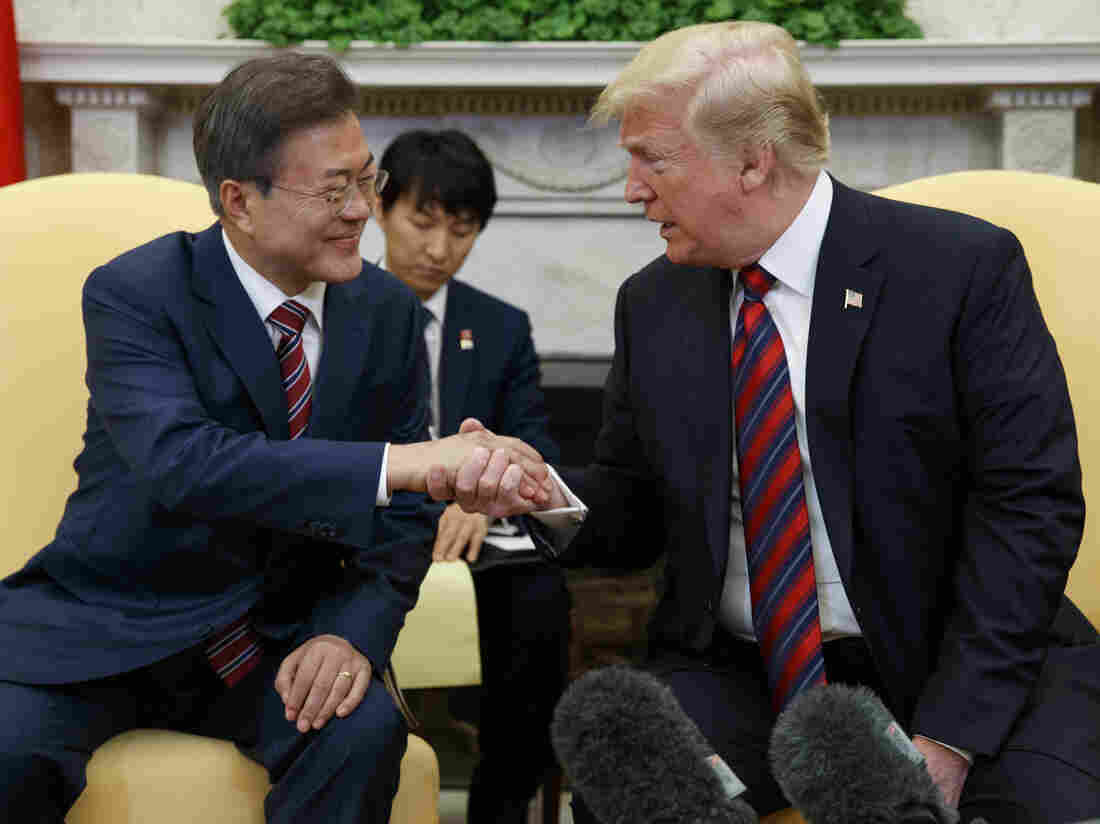 President Donald Trump meets with South Korean President Moon Jae-In in the Oval Office of the White House on May 22 in Washington. Evan Vucci/AP hide caption 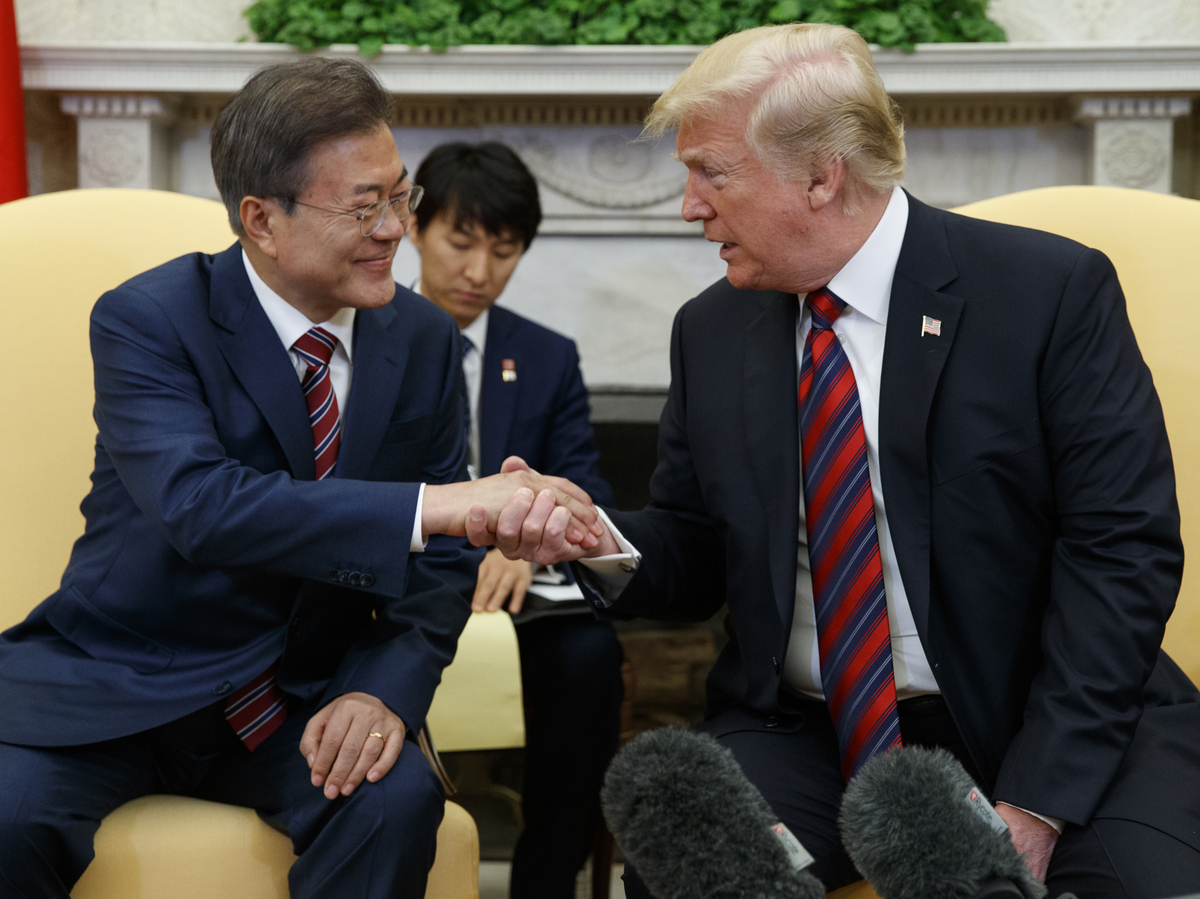 President Donald Trump meets with South Korean President Moon Jae-In in the Oval Office of the White House on May 22 in Washington.

President Trump cautioned that his historic summit meeting with North Korean leader Kim Jong Un may not happen as planned.

South Korean president Moon Jae-in is eager to keep the meeting on track, in hopes that North Korea can be persuaded to give up its nuclear program.

“We believe there is a 99.9 percent chance the North Korea-U.S. summit will be held as scheduled,” said Chung Eui-yong. “But we’re just preparing for many different possibilities.”

Chung added that officials in Washington and Seoul have been coordinating closely in advance of the summit.

“South Korea and the U.S. have been sharing every bit of information,” he said.

Trump warned that certain conditions would have to be met for the meeting to take place. He did not specify what those conditions are.

After weeks of conciliatory gestures, Kim put the summit meeting in doubt by suggesting North Korea is not willing to give up its nuclear program too easily.

The Trump administration has insisted that Kim scrap that program entirely before granting any relief from economic sanctions. But Trump allowed there might be room for a more phased approach, as South Korea has suggested.

“All in one would be nice,” Trump said Tuesday. “It would certainly be better if it were all in one. Does it have to be? I don’t think I want to totally commit myself.”

Trump also offered assurances that the U.S. would not try to drive Kim from power if he agreed to disarm.

“We will guarantee his safety,” Trump said. “He will be safe. He will be happy. His country will be rich.”

“Anybody who’s looked at this issue for years knows that you don’t get fairytale endings with North Korea,” said Victor Cha, a Korea expert in the George W. Bush administration who was considered for a post as Trump’s ambassador to Seoul. “It tends to be a lot more difficult and rocky and dirty and suspense-filled.”

South Korea’s Moon continued to nudge Trump in the direction of diplomacy.

“I have every confidence that President Trump will be able to achieve a historic feat of making the upcoming U.S.-North Korea summit successful and end the Korean war that had been lasting the past 65 years,” Moon said through an interpreter.

“Moon is a resourceful politician. He’s played his cards very well. But there’s just so much that could go off the rails here when and if Trump does, in fact, go to Singapore,” said Jonathan Pollack, a senior fellow at the Brookings Institution.

Trump hasn’t always been on such friendly terms with South Korea. During the 2016 presidential campaign and since, Trump has complained about what he sees as that country’s free-loading reliance on U.S. military might.

“You look at what the world is doing to us at every level, whether it’s militarily or in trade or at so many other levels,” Trump told CNN during the campaign, “the world is taking advantage of the United States.”

South Korea pays about half the cost of the 28,500 U.S. troops stationed on the peninsula. The country also picked up most of the bill for an $11 billion
expansion of a U.S. military base, 55 miles south of Seoul.

Trump is also unhappy with the U.S. trade deficit with South Korea, which topped $10 billion last year. Two months ago, the U.S. agreed on a revised trade agreement with South Korea. It limits steel imports from that country and extends a tariff on imported pickup trucks.