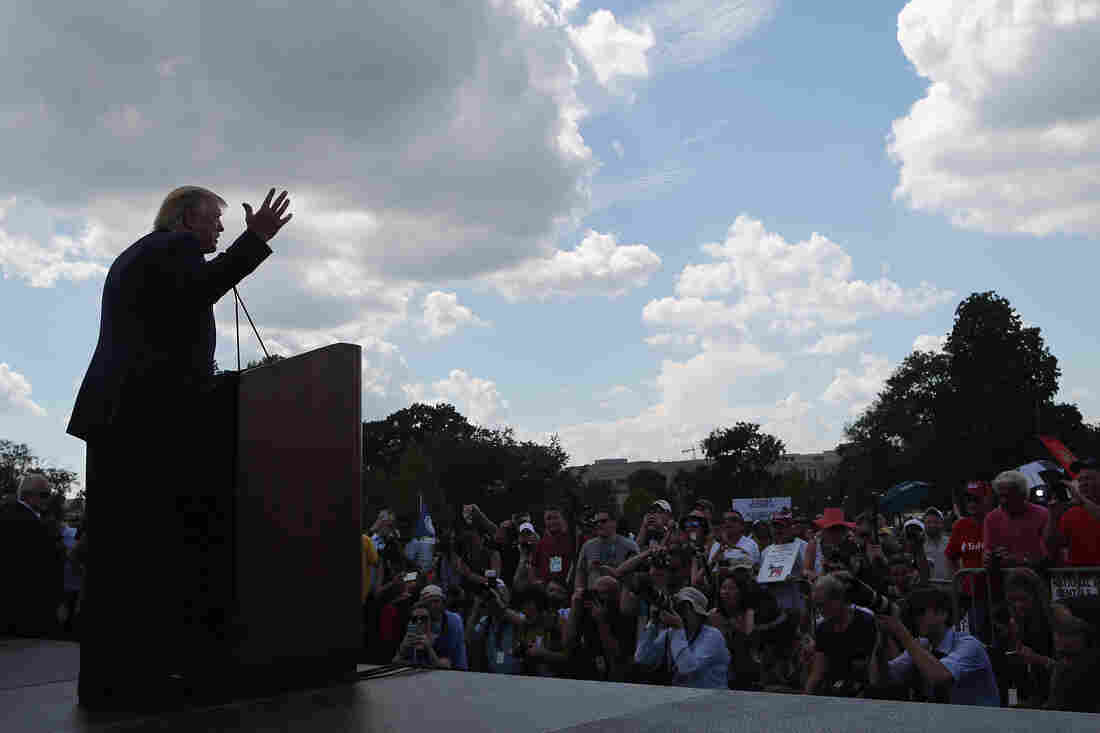 Then-presidential candidate Donald Trump addresses a rally against the Iran nuclear deal on the West Lawn of the U.S. Capitol on September 9, 2015, in Washington, D.C. Chip Somodevilla/Getty Images hide caption 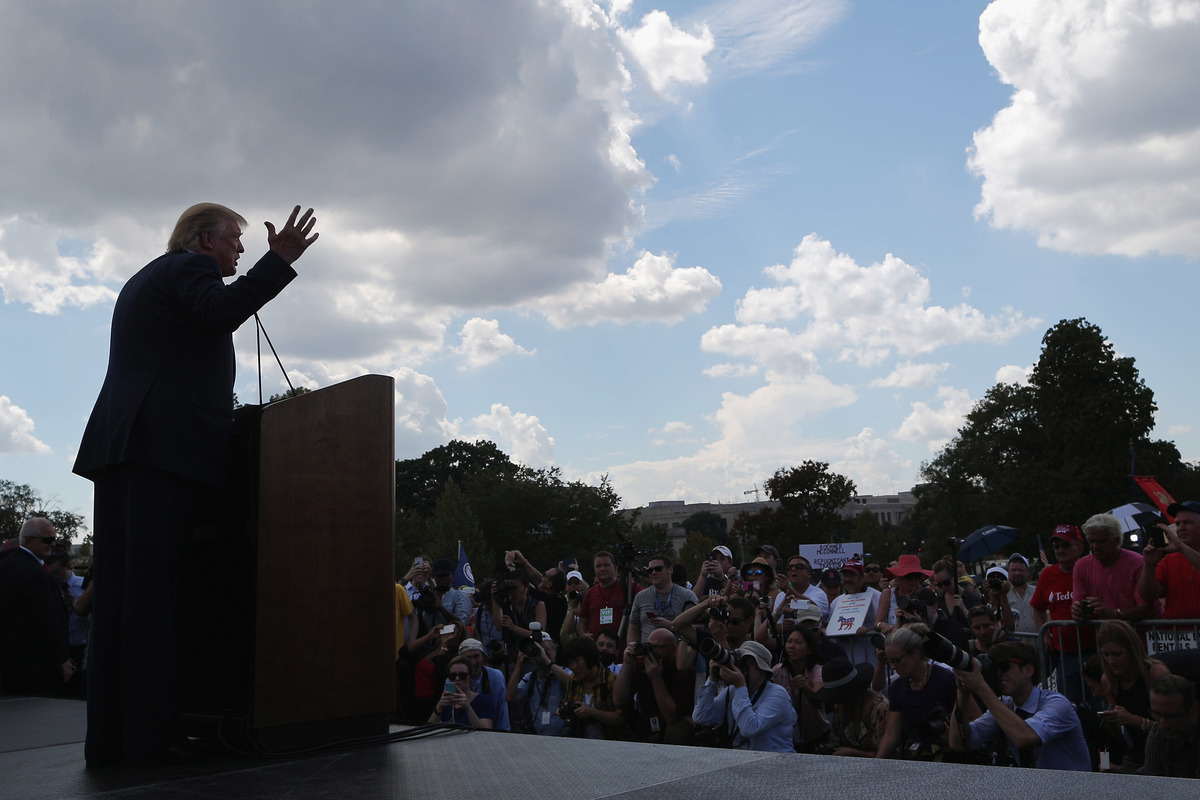 Then-presidential candidate Donald Trump addresses a rally against the Iran nuclear deal on the West Lawn of the U.S. Capitol on September 9, 2015, in Washington, D.C.

President Trump announced Tuesday that he has decided to exit a 2015 six-nation agreement in which Iran agreed to limit its production of nuclear weapons material.

“I am announcing today that the United States will withdraw from the Iran nuclear deal,” Trump said.

He said the U.S. will re-impose economic sanctions that were lifted as part of the U.S. commitments made in the deal.

Trump made the announcement during a speech at the White House.

“With this decision President Trump is risking U.S. national security, recklessly upending foundational partnerships with key U.S. allies in Europe and gambling with Israel’s security,” Sen. Bob Menendez, D-N.J., said in a statement. “Today’s withdrawal from the [deal] makes it more likely Iran will restart its nuclear weapons program in the future.”

“The governments of Iran, Russia, and China will seize this opportunity of self-imposed U.S. isolation to continue major weapons sales, deepen economic ties, and further challenge the United States and Europe not only in the Middle East but in other areas like North Korea,” Menendez also said.

Trump faced a May 12 deadline to decide whether to continue to waive certain sanctions that would prevent countries or companies from buying oil from Iran. Imposing the sanctions would effectively breach the deal.

The president has repeatedly bashed the Iran nuclear agreement, calling it one of the worse deals he has ever witnessed. During his presidential campaign, Trump even promised to “dismantle the disastrous deal with Iran.”

The 2015 agreement with Iran was negotiated by the Obama administration and signed by six nations: the U.S., U.K., France, Germany, China and Russia.

As a part of the deal, Iran agreed to limits on its nuclear weapons program and ongoing inspections in return for relief from economic sanctions.

Critics of the deal argue that it gave away too much without addressing other critical issues related to Iran, including the country’s development of ballistic missiles and its support of destabilizing actions in the Middle East.

There are also concerns that certain provisions of the deal are not permanent, potentially allowing Iran to restart its nuclear program.

After entering office, Trump continued to have harsh words for the deal, but he had stopped short of actually pulling the United States out of the agreement.

There were disputes among Trump’s White House advisers about how to handle the Iran deal. Trump’s former Secretary of State Rex Tillerson and his former national security adviser H.R. McMaster both backed staying in the agreement, a view that put the officials at odds with Trump.

European allies urged the president to stick with deal, despite his misgivings. French President Emmanuel Macron, who was treated to an official state visit at the White House last month, said the agreement could be kept in place while the countries work to craft a new and more comprehensive pact.

Even some opponents of the deal in Congress said it would be best to remain in the agreement until something better was put in place.

“I believe the best path forward at this point is to continue pushing to fix these flaws as we enforce the hell out of the deal,” said Rep. Ed Royce, R-Calif., the head of the House Foreign Affairs committee, in a statement before Trump’s announcement.