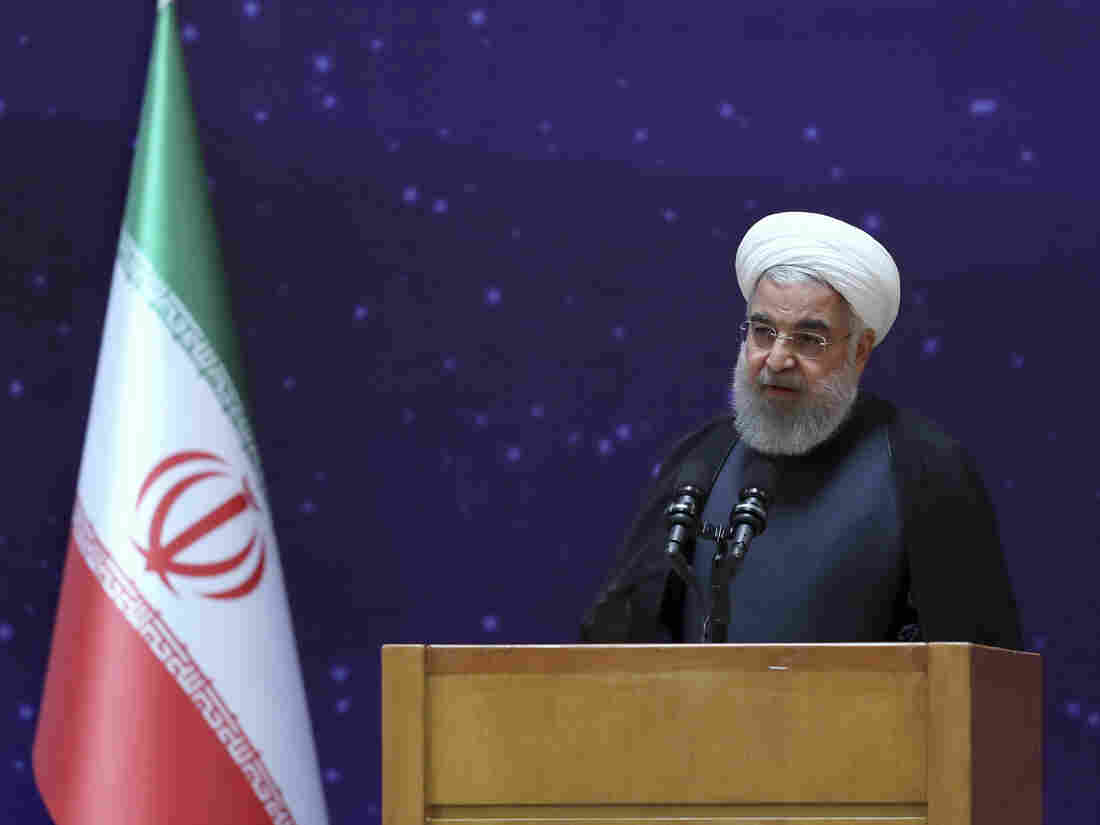 President Hassan Rouhani speaks in a ceremony to mark Iran’s National Nuclear Day, dedicated to the country’s achievements in nuclear technology, in Tehran on April 9. Office of the Iranian Presidency via AP hide caption

Office of the Iranian Presidency via AP 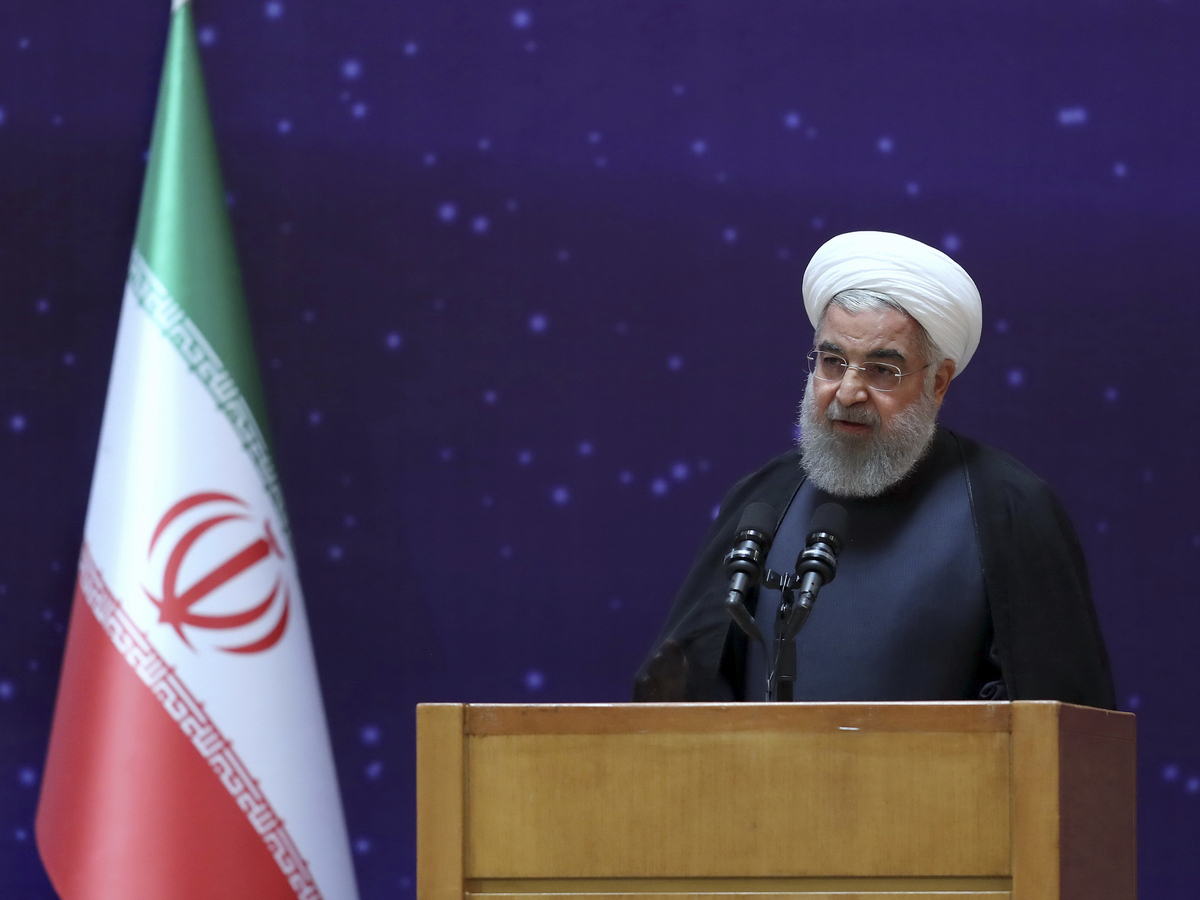 President Hassan Rouhani speaks in a ceremony to mark Iran’s National Nuclear Day, dedicated to the country’s achievements in nuclear technology, in Tehran on April 9.

Office of the Iranian Presidency via AP

President Trump says he will announce Tuesday whether he is going to keep the U.S. in the Iran nuclear deal. This comes after Trump has allowed the deal to stay in place through the first 15 months of his presidency while frequently criticizing it and threatening to pull the U.S. out of it.

In recent weeks, foreign leaders including France’s Emmanuel Macron and British Foreign Secretary Boris Johnson have come to Washington to try to persuade Trump to stick with the deal.

I will be announcing my decision on the Iran Deal tomorrow from the White House at 2:00pm.

If Trump pulls out, it would be another step he has taken to nullify a move by his predecessor, Barack Obama. It would set off an unpredictable series of events and reactions from Iran and several U.S. allies.

The deal, signed in 2015, placed strict limits on Iran’s nuclear program to keep it from developing nuclear weapons. It required ongoing inspections and the destruction of nuclear equipment. In return, Iran got relief from some economic sanctions.

Six nations signed the deal with Iran — the U.S., U.K., France, Germany, China and Russia. It was approved by the U.N. Security Council. (It’s titled the Joint Comprehensive Plan of Action.)

Why is this coming up now?

Over the years, Congress has passed numerous sanctions against Iran but given the president the power to waive their enforcement. They come up for waiver or renewal every few months, and the next deadline is Saturday. Under its part of the bargain in the deal, the U.S. has been waiving some of the sanctions — that is, kept them from being enforced — repeatedly. Trump has threatened to stop issuing the waivers, meaning they would be reimposed on Iran.

That would place the U.S. in breach of the agreement. The sanctions coming up for continued waivers this week are key. If they were reimposed, they would penalize countries or companies buying oil from Iran by making it hard for them to do business with U.S. banks and markets.

What are the arguments for and against the deal?

Trump and opponents to the deal say it is flawed because it gives Iran access to billions of dollars but does not address Iran’s support for groups the U.S. considers terrorists, like Hamas and Hezbollah. They note it also doesn’t curb Iran’s development of ballistic missiles and that the deal phases out by 2030. They say Iran has lied about its nuclear program in the past.

Deal supporters say it keeps Iran from building nuclear weapons and that will make it easier to deal with Iran’s other behavior around the region — better to have an Iran without nukes than with them, in other words. They say evidence that Iran has lied in the past makes it all the more necessary to have a deal that keeps inspectors on the ground in Iran. They say ending the deal could prompt Iran to develop nuclear weapons and even set off a nuclear race in the Mideast.

The International Atomic Energy Commission, which enforces the deal, and U.S. officials have said Iran is complying with its terms. 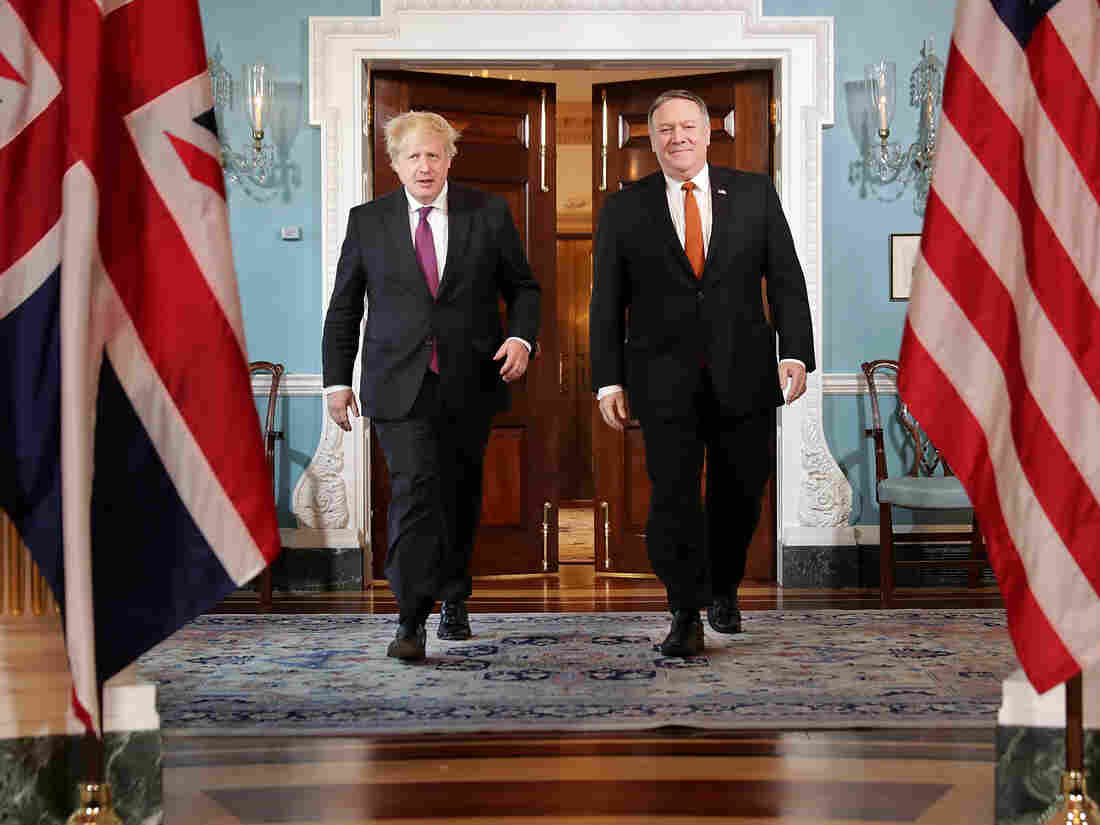 British Foreign Secretary Boris Johnson (left) meets with Secretary of State Mike Pompeo at the State Department Monday. Johnson argued for the Trump administration to continue to be a party to the 2015 Iran nuclear deal. “The wisest course would be to improve the handcuffs rather than break them,” Johnson wrote in the New York Times. Chip Somodevilla/Getty Images hide caption 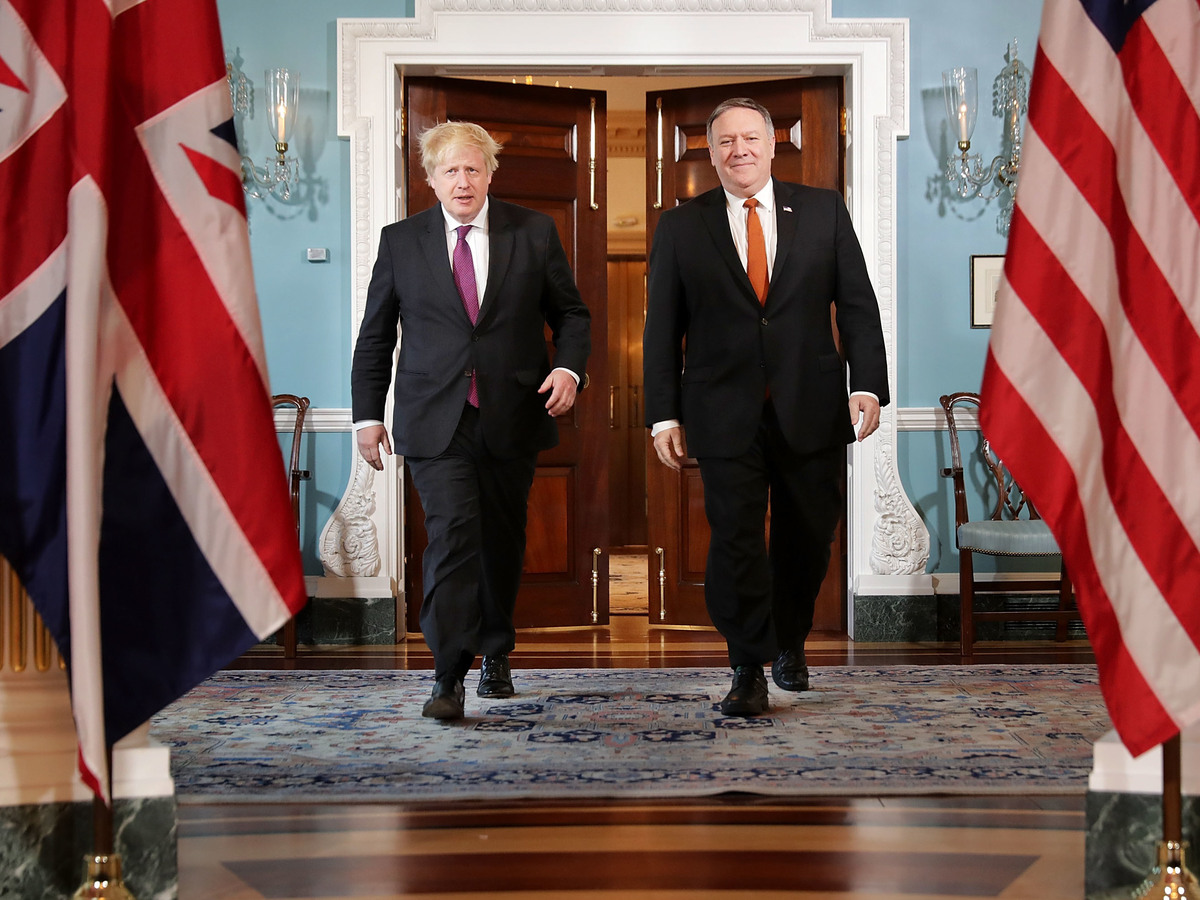 British Foreign Secretary Boris Johnson (left) meets with Secretary of State Mike Pompeo at the State Department Monday. Johnson argued for the Trump administration to continue to be a party to the 2015 Iran nuclear deal. “The wisest course would be to improve the handcuffs rather than break them,” Johnson wrote in the New York Times.

If the U.S. pulls out of the deal, how can it expect Iran to react?

Iran has been issuing warnings about vague but dire consequences. It would have a few choices. First, Iran could wait and let the U.S. take some blame from around the world for violating an agreement it signed just three years ago.

It could in the meantime lobby other countries — some of its biggest oil consumers are in Asia — to continue buying Iranian oil by evading the new U.S. sanctions. In that case, Iran might promise to keep the deal and continue to limit its nuclear program even though the U.S. has pulled out.

But it could also pull out of the deal itself, expel the inspectors and start ramping up its nuclear program. That could put the region on a short fuse, opening the possibility that Israel might strike at Iranian nuclear facilities with its air force. Iranian leaders have threatened Israel repeatedly over the years.

How might the other countries in the deal respond?

This could be key. Led by France, which had taken a hard line against Iran during the talks, the other countries in the deal have asked Trump to stay in it and let them help him put pressure on Iran to stop missile tests and other destabilizing behavior around the region.

If the U.S. pulls out, other countries involved in the deal might try to talk Iran into sticking to the agreement without the U.S. in it, promising Iran that the rest of the world will keep buying its oil and investing in its economy. That would isolate the U.S.

Is there a middle ground?

Possibly. Trump could announce that he is pulling out of the deal and reimposing the sanctions. But economic sanctions are complicated and the details have to be spelled out in U.S. Department of the Treasury regulations. In the past, the oil sanctions still allowed countries to continue buying oil, with some limits, from Iran. And certain types of industries can be exempted from sanctions.

If that’s something Trump has in mind, it might soften the blow for U.S. allies — and for Iran.