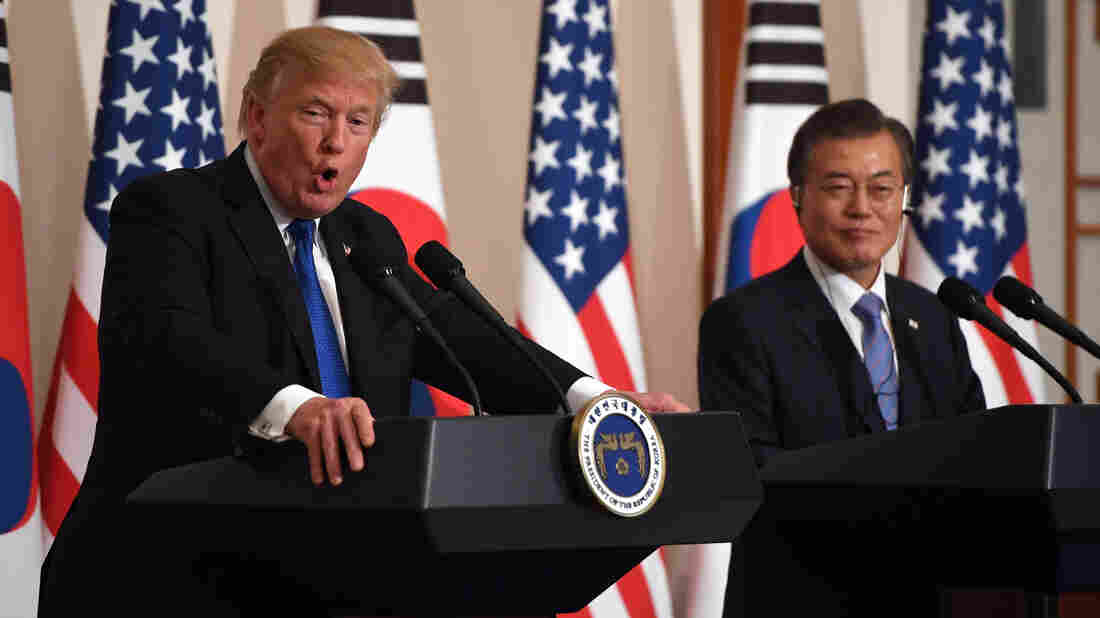 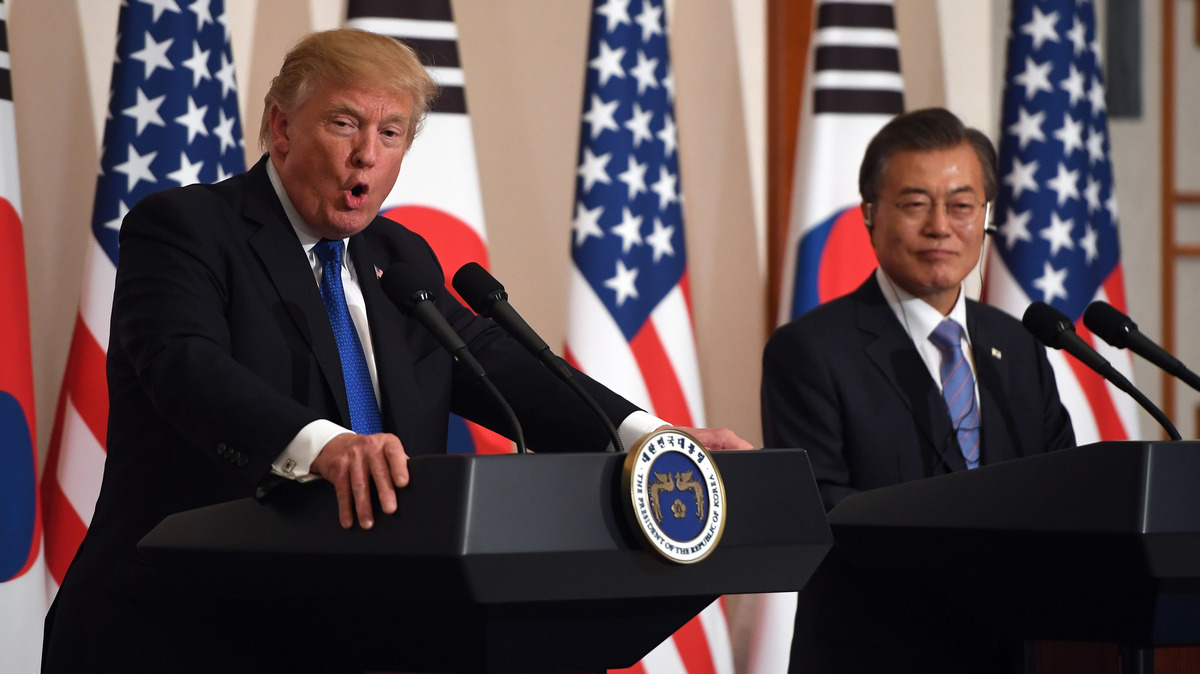 “President Trump should win the Nobel Peace Prize,” South Korean President Moon Jae-in says, after a thaw in relations with North Korea. Moon is seen here hosting Trump at the Blue House in Seoul in November.

The remark follows Friday’s historic summit between Moon and North Korea’s Kim Jong Un, in which the two leaders would work to eliminate nuclear weapons and reach a permanent peace deal on the Korean Peninsula — aspirations that the pair embraced without going into detail about how to achieve them.

Moon’s comment about Trump came during a cabinet meeting on Monday. The Blue House has confirmed the accuracy of the quote.

As Moon praised Trump for his role in improving the relationship with the northern regime, the South Korean leader added, “The only thing we need is peace.”

Moon has the political capital to make these kinds of statements about Trump, however eyebrow-raising they may be to his domestic constituents. That’s because he’s riding a popularity wave coming out of Friday’s summit. His approval rating soared to 86 percent following the summit, up 12 points since mid-April. Some 88 percent of South Korean respondents in a Hangil Research poll by said they support the Panmunjom Agreement struck with Kim Jong Un.

The South Korean leader also has diplomatic reasons to keep Trump aligned with his goals for peace on the peninsula: Moon told his cabinet he’d like to see South Korea “actively operate the trilateral channel for dialogue between the North and the U.S.,” signaling Seoul will continue to play a mediating role as Pyongyang and Washington make their way toward their bilateral summit.

Moon and Trump spoke by phone on Saturday, to discuss the recent summit and Kim’s pledge of unity and peace. The White House says they “agreed that the unprecedented pressure” put on North Korea by international sanctions “led to this significant moment.”

In recent months, Trump has gone from engaging in a war of words with Kim to planning to hold a summit with the dictator — a meeting that is expected to take place within weeks. Before that encounter takes place, Trump also plans to meet with Moon.

If indeed the two Koreas are able to reach a lasting peace — after existing in a state of war for six decades – and are also able to accomplish the “complete denuclearization” of the region that Moon promised on Friday, it would seem certain that a Nobel Peace Prize would be in the offing. The big question would become: Who gets the prize?

The leaders of North and South Korea would be the most obvious choices — but Moon’s idea about including Trump also echoes the sentiment of a crowd in Washington, Mich., where the president spoke on Saturday.

“Nobel! Nobel! Nobel!” the crowd chanted, interrupting Trump as he spoke about the signs of progress he’s seeing on the Korean Peninsula.