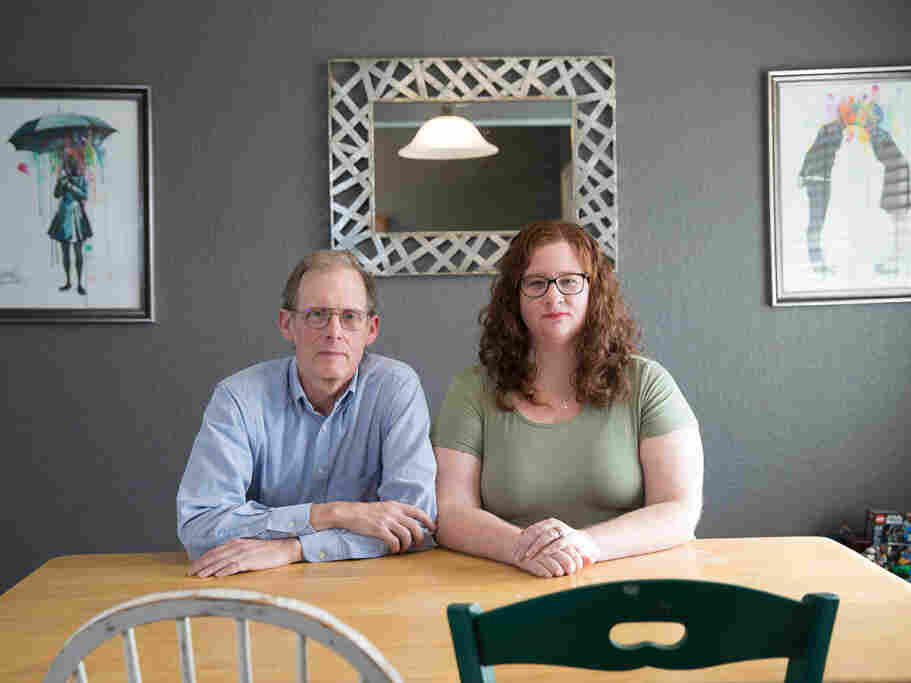 Dr. Paul Davis, whose daughter, Elizabeth Moreno, was billed $17,850 for a urine test and featured in KHN-NPR’s Bill of the Month series, was among the guests invited to the White House on Wednesday to discuss surprise medical bills with President Trump. Julia Robinson for KHN hide caption 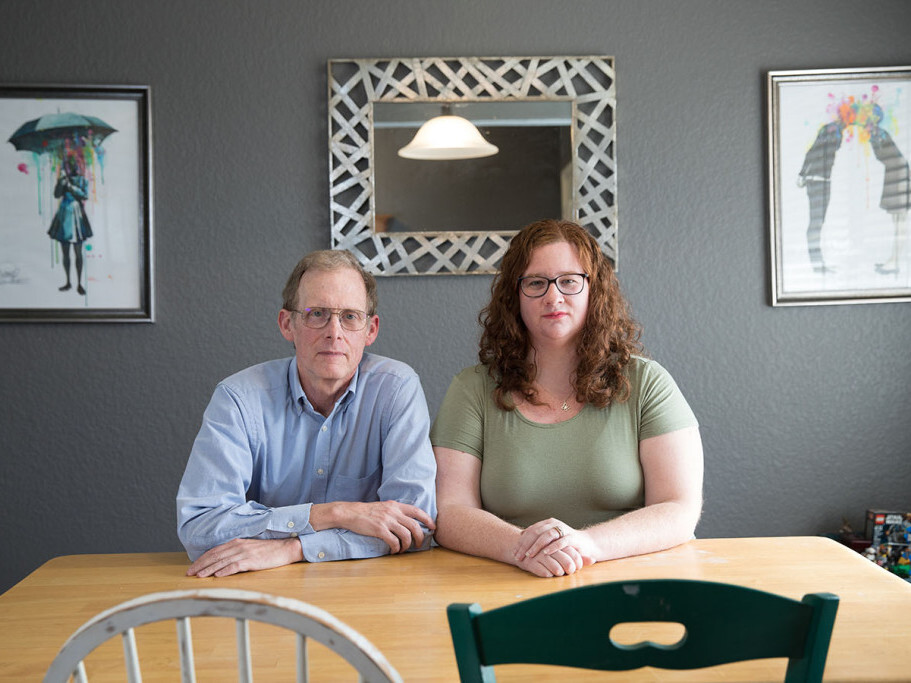 Dr. Paul Davis, whose daughter, Elizabeth Moreno, was billed $17,850 for a urine test and featured in KHN-NPR’s Bill of the Month series, was among the guests invited to the White House on Wednesday to discuss surprise medical bills with President Trump.

President Trump instructed administration officials Wednesday to investigate how to prevent surprise medical bills, broadening his focus on drug prices to include other issues of price transparency in health care.

Flanked by patients and other guests invited to the White House to share their stories of unexpected and outrageous bills, Trump directed his health secretary, Alex Azar, and labor secretary, Alex Acosta, to work on a solution, several attendees said.

“The pricing is hurting patients, and we’ve stopped a lot of it, but we’re going to stop all of it,” Trump said during a roundtable discussion when reporters were briefly allowed into the otherwise closed-door meeting.

David Silverstein, the founder of a Colorado-based nonprofit called Broken Healthcare who attended, said Trump struck an aggressive tone, calling for a solution with “the biggest teeth you can find.”

Surprise billing, or the practice of charging patients for care that is more expensive than anticipated or isn’t covered by their insurance, has received a flood of attention in the past year, particularly as Kaiser Health News, NPR, Vox and other news organizations have undertaken investigations into patients’ most outrageous medical bills.

Attendees said each of 10 invited guests — patients as well as doctors –was given an opportunity to tell their story, though Trump didn’t stay to hear all of them during the roughly hourlong gathering.

The group included Paul Davis, a retired doctor from Findlay, Ohio, whose daughter’s experience with a $17,850 bill for a urine test after back surgery was detailed in February 2018 in KHN-NPR’s first Bill of the Month feature.

Davis’ daughter, Elizabeth Moreno, was a college student in Texas when she had spinal surgery to remedy debilitating back pain. After the surgery, she was asked to provide a urine sample and later received a bill from an out-of-network lab in Houston that tested it.

Such tests rarely cost more than $200, a fraction of what the lab charged Moreno and her insurance company. But fearing damage to his daughter’s credit, Davis paid the lab $5,000 and filed a complaint with the Texas attorney general’s office, alleging “price gouging of staggering proportions.”

Davis said White House officials made it clear that price transparency is a “high priority” for Trump, and while they didn’t see eye to eye on every subject, he said he was struck by the administration’s sincerity.

“These people seemed earnest in wanting to do something constructive to fix this,” Davis said.

Dr. Martin Makary, a professor of surgery and health policy at Johns Hopkins University who has written about transparency in health care and attended the meeting, said it was a good opportunity for the White House to hear firsthand about a serious and widespread issue.

“This is how most of America lives, and [Americans are] getting hammered,” he said.

Trump has often railed against high prescription drug prices but has said less about other problems with the nation’s health care system. In October, shortly before the midterm elections, he unveiled a proposal to tie the price Medicare pays for some drugs to the prices paid for the same drugs overseas, for example.

Trump, Azar and Acosta said efforts to control costs in health care were yielding positive results, discussing in particular the expansion of association health plans and the new requirement that hospitals post their list prices online. The president also took credit for the recent increase in generic drug approvals, which he said would help lower drug prices.

Trump appeared to be referring to a recent claim by the White House Council of Economic Advisers that prescription drug prices fell last year.

However, as STAT pointed out in a recent fact check, the report from which that claim was gleaned said “growth in relative drug prices has slowed since January 2017,” not that there was an overall decrease in prices.

Annual increases in overall drug spending have leveled off as pharmaceutical companies have released fewer blockbuster drugs, patents have expired on brand-name drugs and the waning effect of a spike driven by the release of astronomically expensive drugs to treat hepatitis C.

Drugmakers were also wary of increasing their prices in the midst of growing political pressure, though the pace of increases has risen recently.

Since Democrats seized control of the House of Representatives this month, party leaders have rushed to announce investigations and schedule hearings dealing with health care, focusing in particular on drug costs and protections for those with preexisting conditions.

Last week, the House Oversight Committee announced a “sweeping” investigation into drug prices, pointing to an AARP report saying the vast majority of brand-name drugs had more than doubled in price between 2005 and 2017.