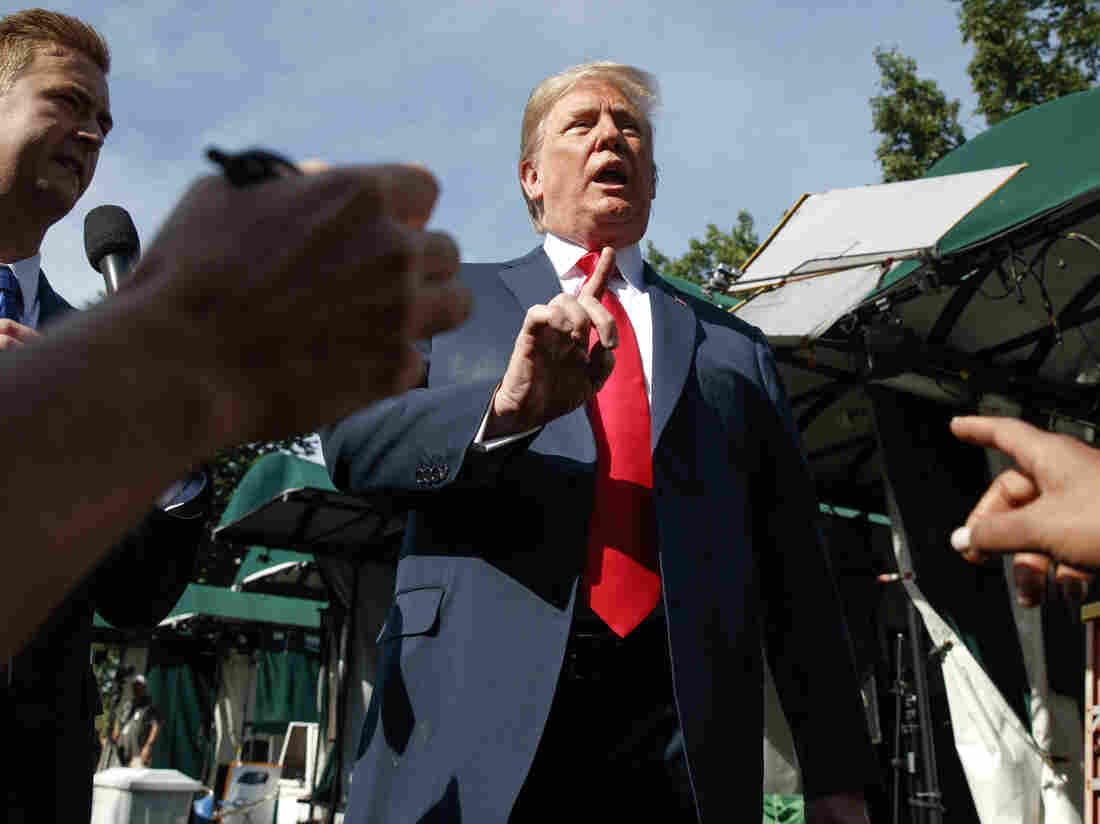 President Donald Trump speaks to reporters on the North Lawn of the White House on June 15. Evan Vucci/AP hide caption 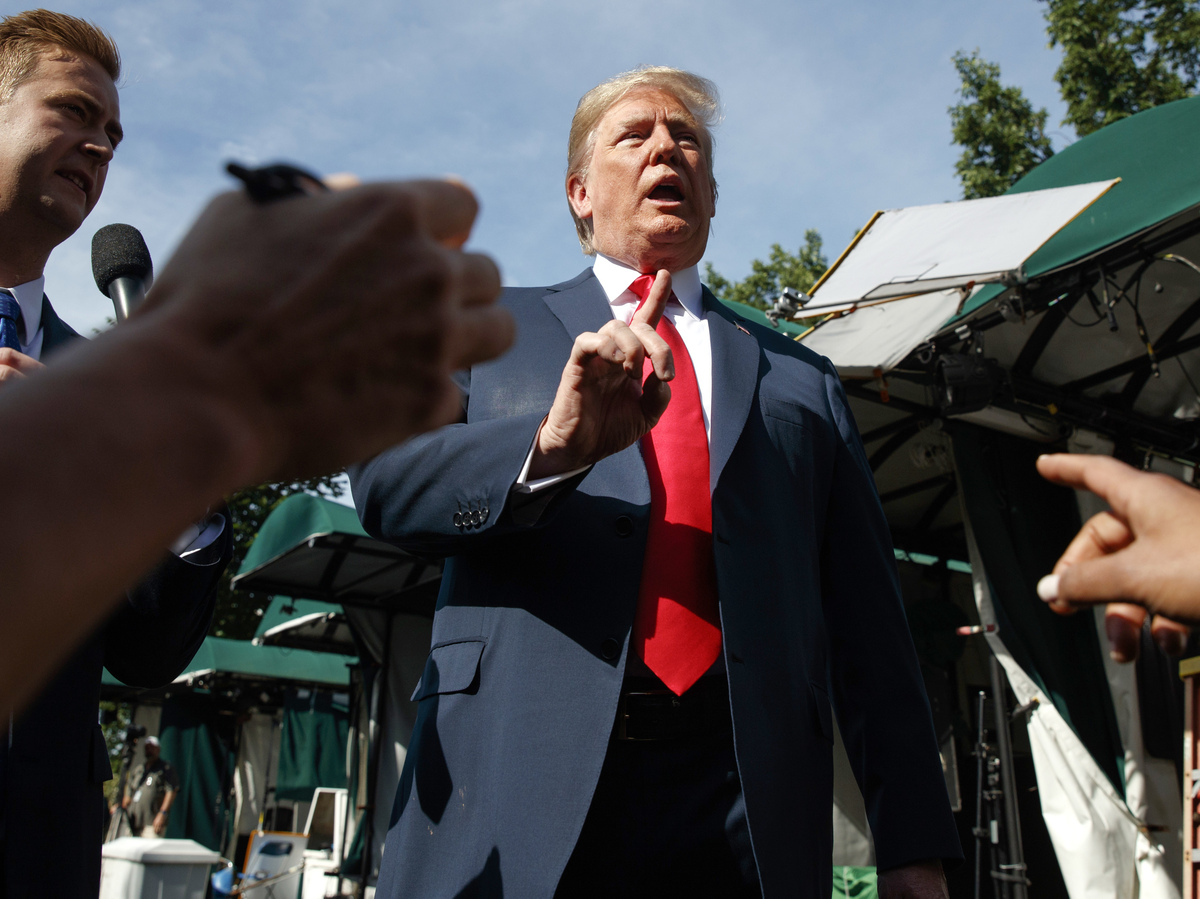 President Donald Trump speaks to reporters on the North Lawn of the White House on June 15.

President Trump, in a freewheeling impromptu news conference in front of the White House Friday morning, said the Justice Department inspector general’s report looking into the FBI’s investigation of Hillary Clinton’s use of a private email server “totally exonerates me.”

Trump asserted, “I did nothing wrong. There was no collusion, there was no obstruction, and the IG report yesterday went a long way to show that.” Trump continued, “I think the Mueller investigation has been totally discredited.”

The inspector general’s report did not look into Trump’s campaign activities, and is completely separate from the independent counsel Robert Mueller’s investigation of Russian interference in the 2016 presidential campaign.

Trump said fired FBI director James Comey “lied a tremendous amount,” and said the IG’s report showed “bias against me and tens of millions of my followers,” citing a text message by FBI agent Peter Strzok to an FBI lawyer, saying Trump won’t become president because “We’ll stop it.”

Trump said Strozk “should have been fired a long time ago.”

During his wide-ranging press conference, he also addressed immigration and North Korea.

Trump said he plans to call North Korean leader Kim Jong Un this weekend, saying he has a good relationship with him, and that he had given Kim his phone number so that he could reach him directly. Trump bragged “I did a great job this weekend,” in his summit meeting with Kim. “We’re well on our way to denuclearization,” Trump said, adding that he “saved a lot of money by agreeing to halt military exercises with South Korea.”

Critics say the agreement Trump signed with Kim was vague. Trump insisted he got “everything” in the agreement, citing North Korea’s agreement to return the remains of American soldiers killed during the Korean War, a process that has been ongoing for many years.

Trump told Fox and Friends Friday morning that when Kim speaks, “his people sit up for attention. I want my people to do the same.” Trump later said he was joking.

Trump also addressed his administration’s policy of separating children from families crossing the southern border. Trump claimed it was “the Democrats’ law” that his administration is now following, and that he hates “the children being taken away.” He also said he would not sign the more moderate of two immigration bills now working their way through the House of Representatives.