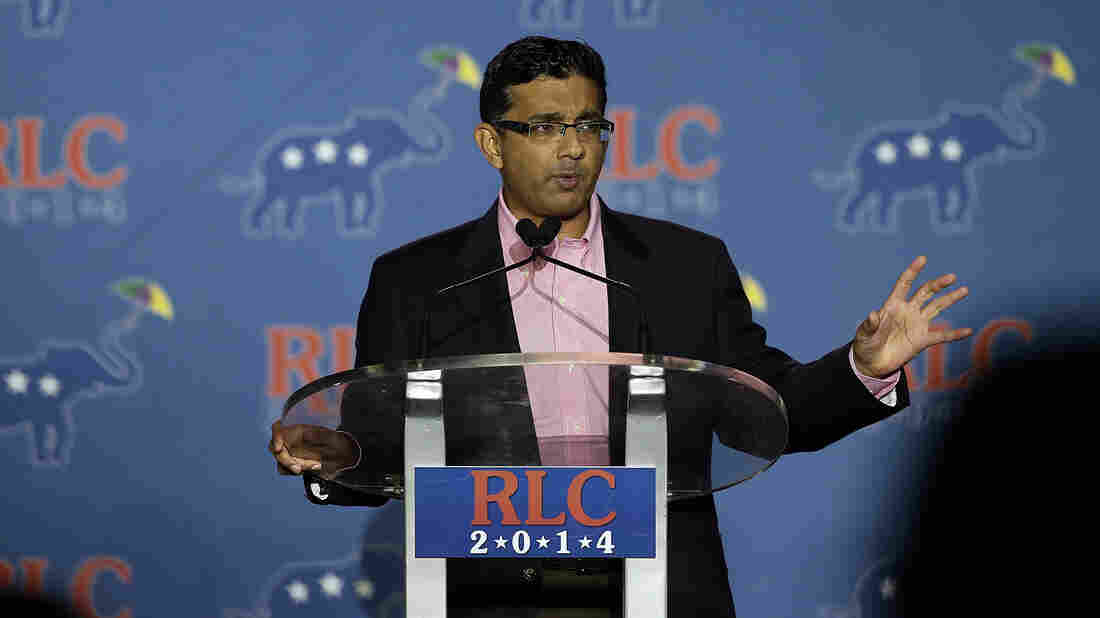 Conservative filmmaker and author Dinesh D’Souza speaks during the final day of the 2014 Republican Leadership Conference on May 31 of that year in New Orleans. Earlier that month, he had pleaded guilty to campaign finance fraud. Justin Sullivan/Getty Images hide caption 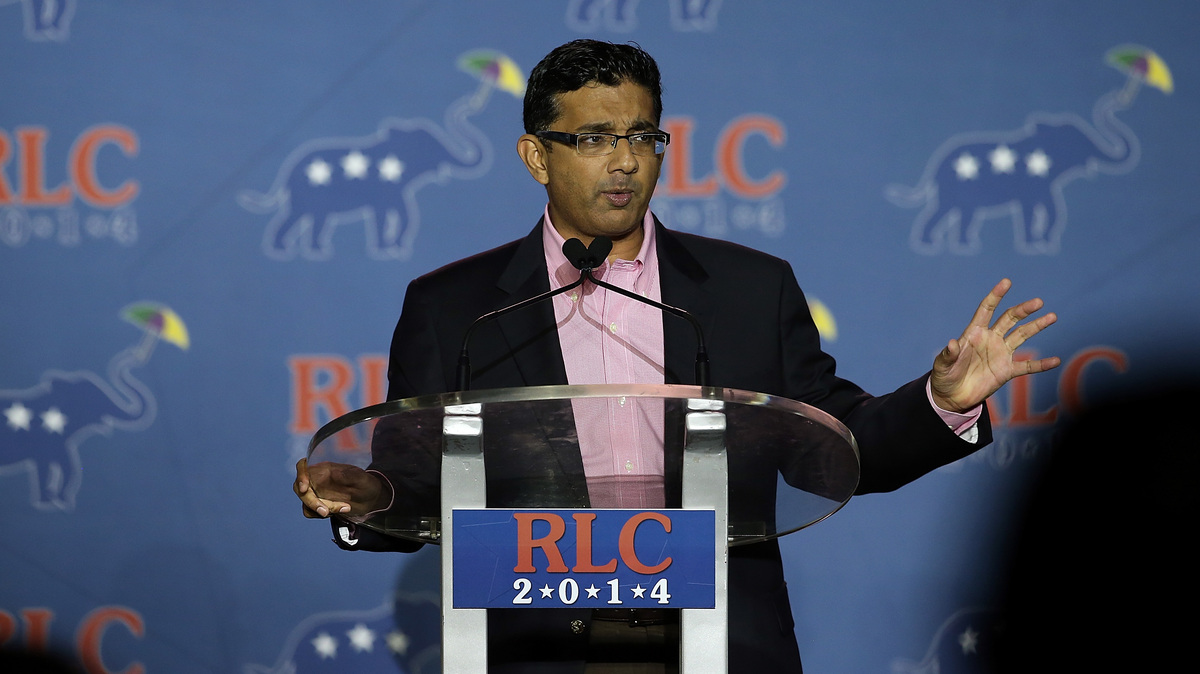 Conservative filmmaker and author Dinesh D’Souza speaks during the final day of the 2014 Republican Leadership Conference on May 31 of that year in New Orleans. Earlier that month, he had pleaded guilty to campaign finance fraud.

President Trump tweeted on Thursday that he would issue a full pardon for conservative commentator Dinesh D’Souza, who pleaded guilty in 2014 to making illegal campaign contributions in other people’s names.

Trump said D’Souza was “treated very unfairly by our government.”

D’Souza is a best-selling author and successful filmmaker who served as an adviser in Ronald Reagan’s administration. He’s also a prominent Christian activist; he used to be the president of a Christian college but resigned after he became engaged to one woman while still married to another. He is also a former commentator on NPR.

In 2014, when he was charged with violating federal election campaign laws, D’Souza alleged that he was the victim of selective prosecution, targeted for his conservative beliefs. He had been sharply critical of Barack Obama, whose administration prosecuted him.

A judge rejected that defense, calling it “all hat, no cattle.” Then-Manhattan U.S. Attorney Preet Bharara, who prosecuted the case, emphatically denied any political motivation.

“As our office’s record reflects, we will investigate and prosecute violations of federal law, particularly those that undermine the integrity of the democratic electoral process, without regard to the defendant’s political persuasion or party affiliation,” he said in 2014. “That is what we did in this case and what we will continue to do.”

D’Souza ultimately admitted to donating tens of thousands of dollars to a U.S. Senate campaign, well above the individual contributions limit of $5,000, by funneling money to other people and donating in their names.

As part of his guilty plea, D’Souza admitted that he “knew what he was doing was wrong and something the law forbids,” the U.S. Attorney’s Office for the Southern District of New York said in a statement.

D’Souza was sentenced to five years of probation, including eight months’ confinement in a community center.

He has continued to protest his prosecution as political, and celebrated when Bharara was pushed out of office by the Trump administration.

Now Trump says D’Souza will be his next presidential pardon.

“All of the cases involved prominent figures or received a lot of media attention,” she writes — from Scooter Libby to former Sheriff Joe Arpaio.

For comparison, at the same point in their presidencies, “former Presidents Barack Obama, George W. Bush and Bill Clinton had not issued any pardons,” Rascoe writes. “Issuing pardons used to be a more common practice. But presidents have become more circumspect about using the power in the past few decades, often ramping up approvals closer to the end of their time in office.”

High visibility in the press — on Fox News in particular — and personal appeals from celebrities seem to have driven Trump’s recent decisions to grant clemency, which one law professor described to Rascoe as a “celebrity-driven pardon system.”