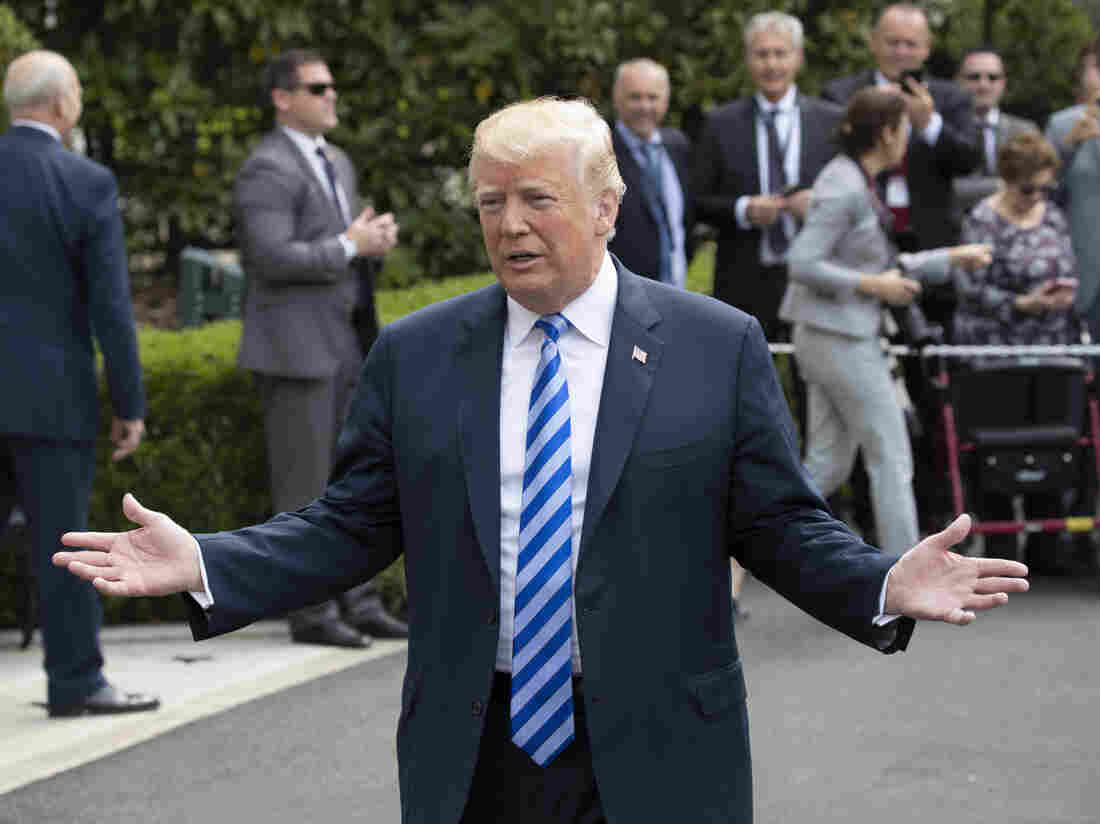 President Donald Trump addresses reporters as he leaves for Dallas to speak at the National Rifle Association conference on May 4. J. Scott Applewhite/AP hide caption

President Trump is throwing doubt on statements made by his new attorney Rudy Giuliani that indicated the president reimbursed attorney Michael Cohen for his payments to adult film actress Stormy Daniels.

Attempting to walk back statements by Giuliani, who joined Trump’s legal team last month, Trump called the former New York mayor “a great guy,” but said that he just “started a day ago” and “he’ll get his facts straight.”

Giuliani told Fox News Wednesday night that Trump had paid his attorney Michael Cohen a retainer of $35,000 a month, part of which went toward a $130,000 payment to Daniels, who alleges she had an affair with Trump.

Trump had previously stated he was unaware of any payments to Daniels, whose real name is Stephanie Clifford.

Trump spoke to reporters Friday morning as he left the White House to travel to Dallas, where he will address the NRA convention, and again at Joint Base Andrews as he prepared to board Air Force One.

He also said he would “love to meet” with special counsel Robert Mueller who is leading the Russia probe, but that he wants to make sure he’d be “treated fairly.” Trump said “I would love to go. Nothing I want to do more,” but that he needs to “find that we’re going to be treated fairly, because everybody sees it now and it is a pure witch hunt.”

At Andrews, Trump asserted that he was not backing away from his previous remarks in which he stated he knew nothing about payments to Daniels.

“We’re not changing any stories,” he said, admonishing reporters for “bringing up that kind of crap.”