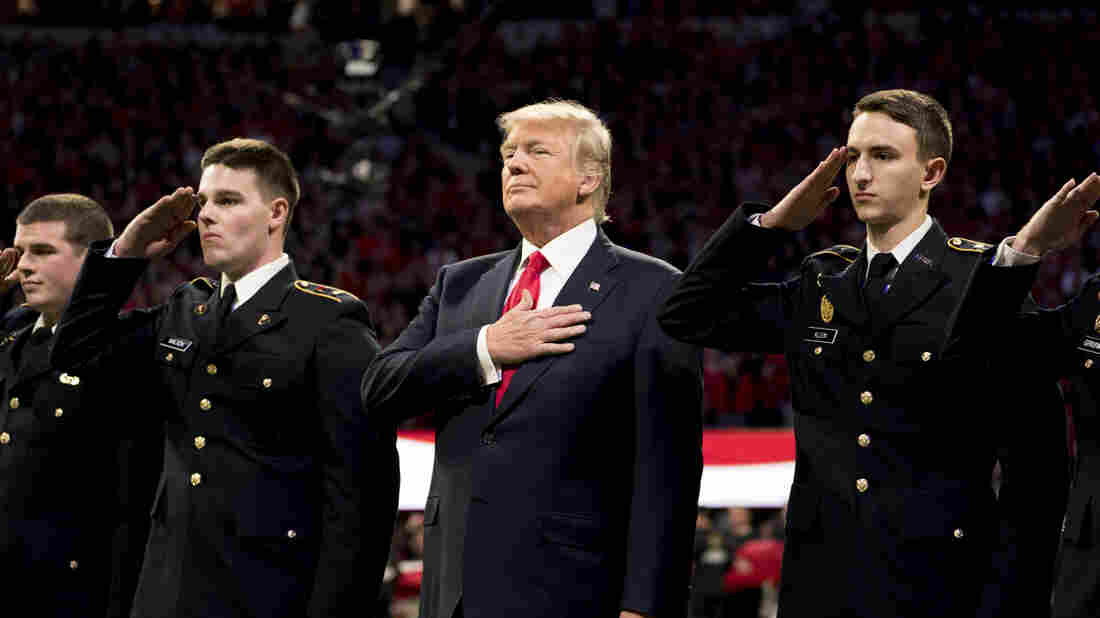 President Trump stands, with his hand over his heart, on the field for the National Anthem before the start of the NCAA National Championship game in January. Andrew Harnik/AP hide caption 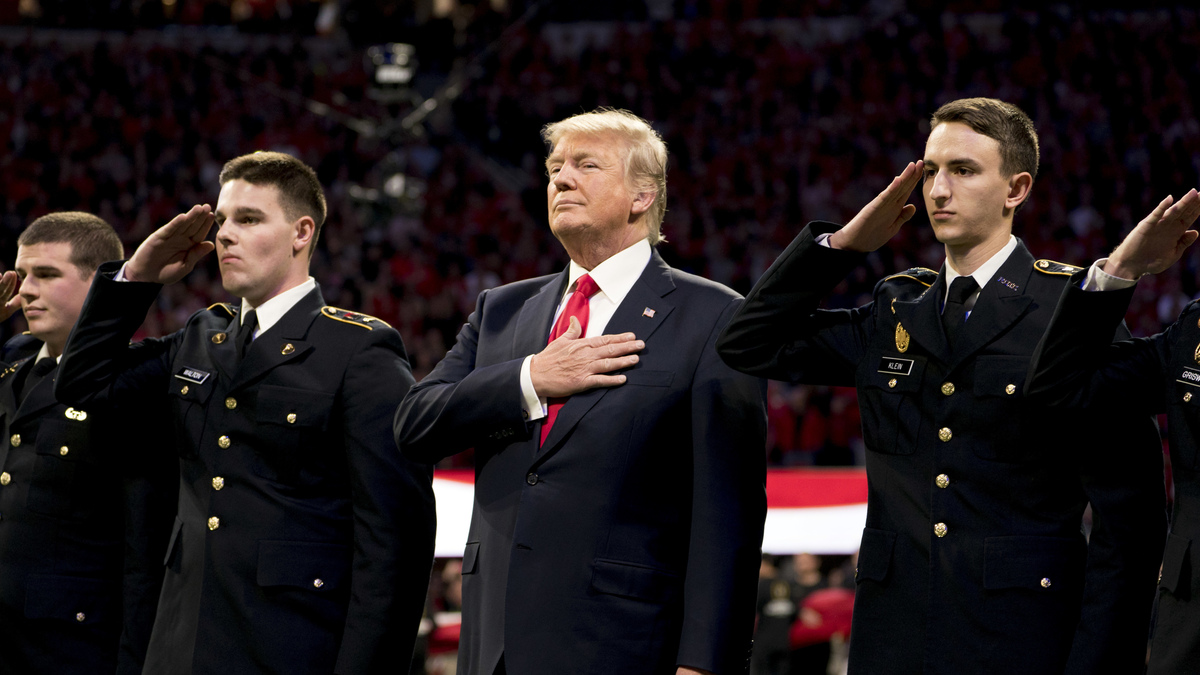 President Trump stands, with his hand over his heart, on the field for the National Anthem before the start of the NCAA National Championship game in January.

President Trump praised the NFL’s decision to mandate that players either stand for the national anthem or stay in the locker room. And he questioned whether players who choose not to stand “proudly” should be in the country at all.

Trump’s interview with Fox was taped on the sidelines of his MS-13 event in Long Island Wednesday, but aired Thursday morning on Fox & Friends. Trump was asked if he takes credit for the NFL’s decision, which he had just been informed about.

“You have to stand proudly for the national anthem,” he said. “And the NFL owners did the right thing, if that’s what they’ve done. I think the people pushed it forward; this was not me. I brought it out. I think the people pushed it forward. This country’s very smart. We have very smart people. And, you know, that’s something ideally could have been taken care of when it first started, would have been a lot easier. But if they did that, they’re doing the right thing.”

Trump was also asked about MS-13, immigration, immigration and asked to respond to fired former FBI Director James Comey’s tweets about him. He called Comey a “rotten apple” and said he had “done a great service for this country” in firing Comey.

Comey had tweeted Wednesday questioning how Republicans would explain to their grandchildren the “lying” coming from the president about “spygate,” whether the FBI planted a spy within the Trump campaign.

“Well, I’d actually say, how is he going to explain to his grandchildren all of the lies, the deceit, all of the problems he’s caused for this country,” Trump told Fox. “I think a thing I’ve done for this country, the firing of James Comey is going to go down as a very good thing. FBI is great. I know so many people in the FBI. The FBI is a fantastic institution, but some of the people at the top were rotten apples. James Comey was one of them. I’ve done a great service for this country by getting rid of him, by firing him.”

Trump also showed no signs of compromising his position on immigration. He indicated he would not accept an immigration deal that was short of the pillars he has noted publicly that include not just border-wall funding but an end to the visa lottery program and whether people who gain citizenship can legally bring in family members. Trump indicated he would veto any moderate proposal making its way through the House currently.