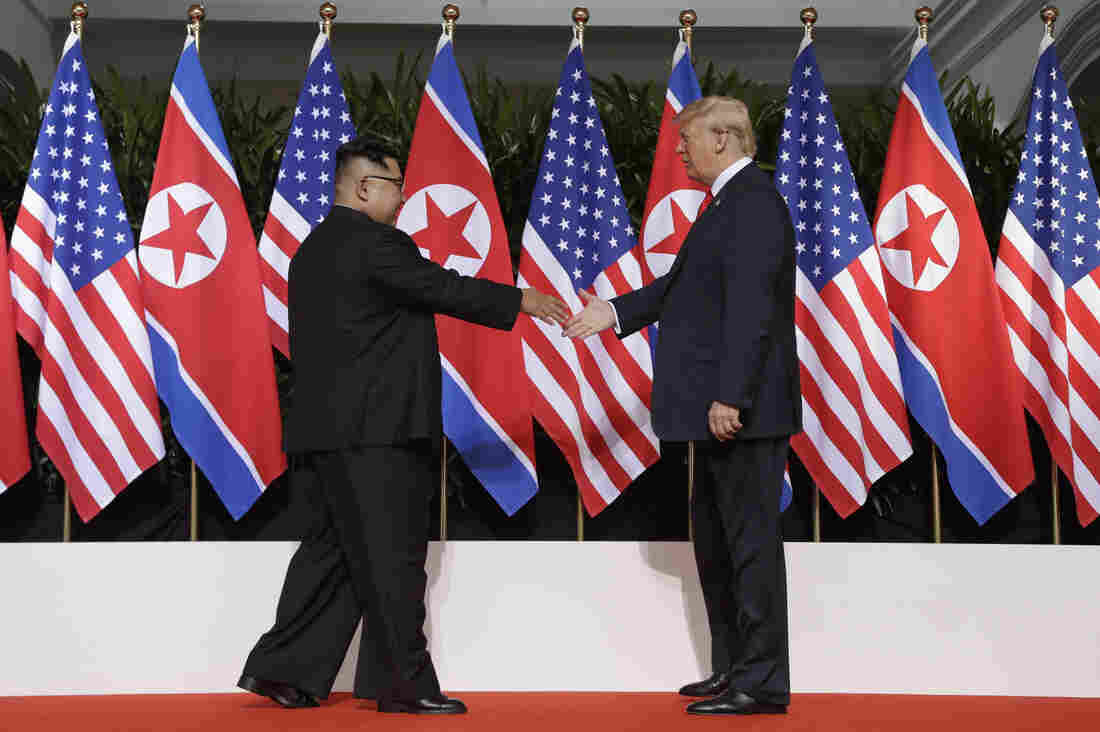 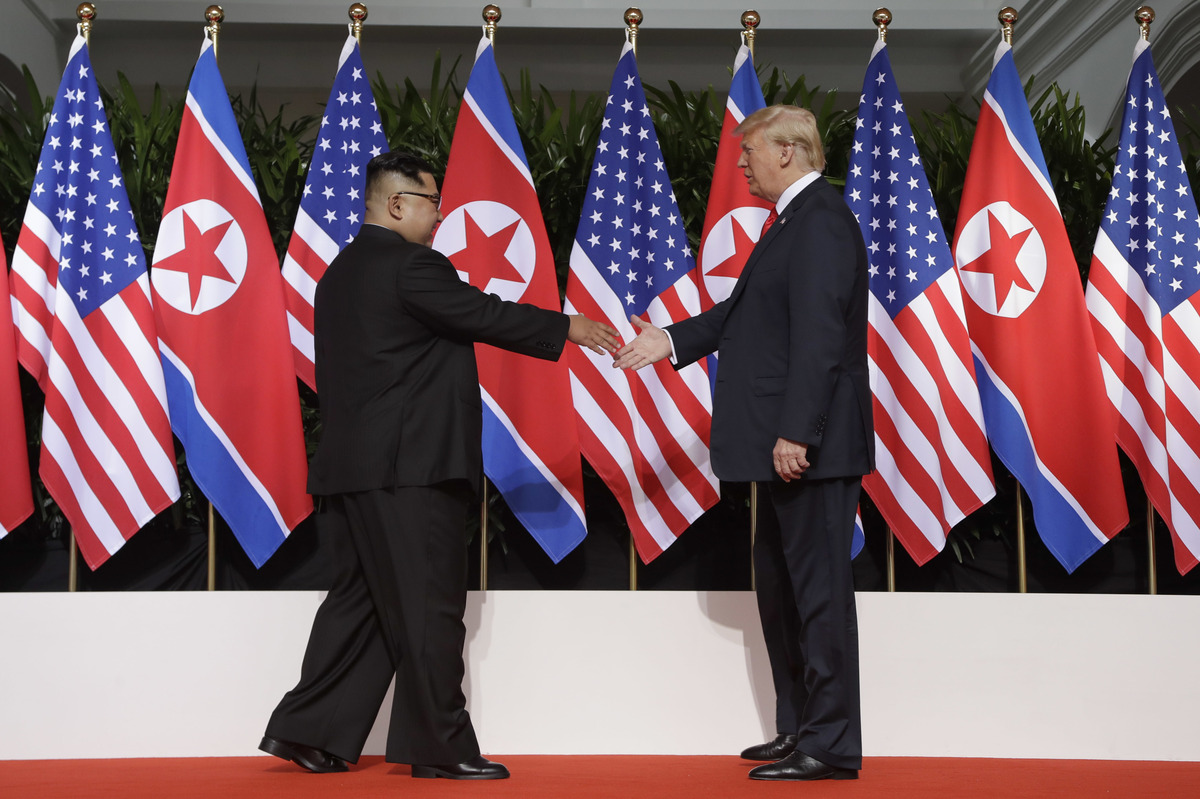 President Trump and North Korean leader Kim Jong Un signed a document at the conclusion of a day of meetings in a historic summit in Singapore, with the president promising that denuclearization would come “very, very soon” and Kim announcing that “the world will see a major change.”

The day started with a handshake, setting in motion the first-ever meeting between a sitting U.S. president and North Korean head of state. Both leaders have committed to “denuclearization of the Korean Peninsula,” but it’s unclear what specific steps North Korea is willing to take to get there.

At the luxury Capella hotel on Singapore’s Sentosa Island, the two entered the staging area from opposite sides. With U.S. and North Korean flags as a backdrop, they shook hands for about 10 seconds and, exchanged greetings and faced the camera for photos.

The two again shook hands and thanked each another. Trump gave a thumbs up.

The initial meeting between the 71-year-old president and the 35-year-old dictator could prove significant, as Trump had insisted earlier that “within the first minute,” he would be able to know if a deal could be made.

After an approximately 38-minute one-on-one, with only the leaders and their interpreters, the two proceeded to the expanded bilateral meeting with advisers — National Security Adviser John Bolton, Secretary of State Mike Pompeo and Chief of Staff John Kelly on one side and North Korea’s Vice Chairman Kim Yong Chol, Foreign Minister Ri Yong Ho and former Foreign Minister Ri Su Yong on the other. 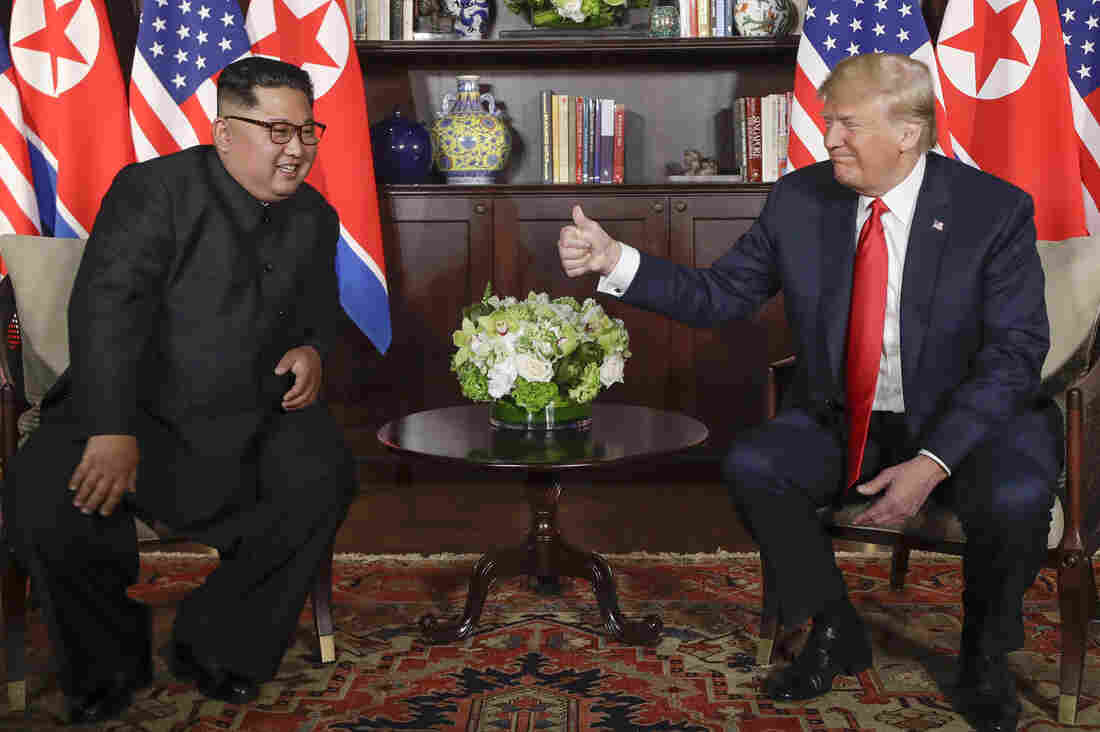 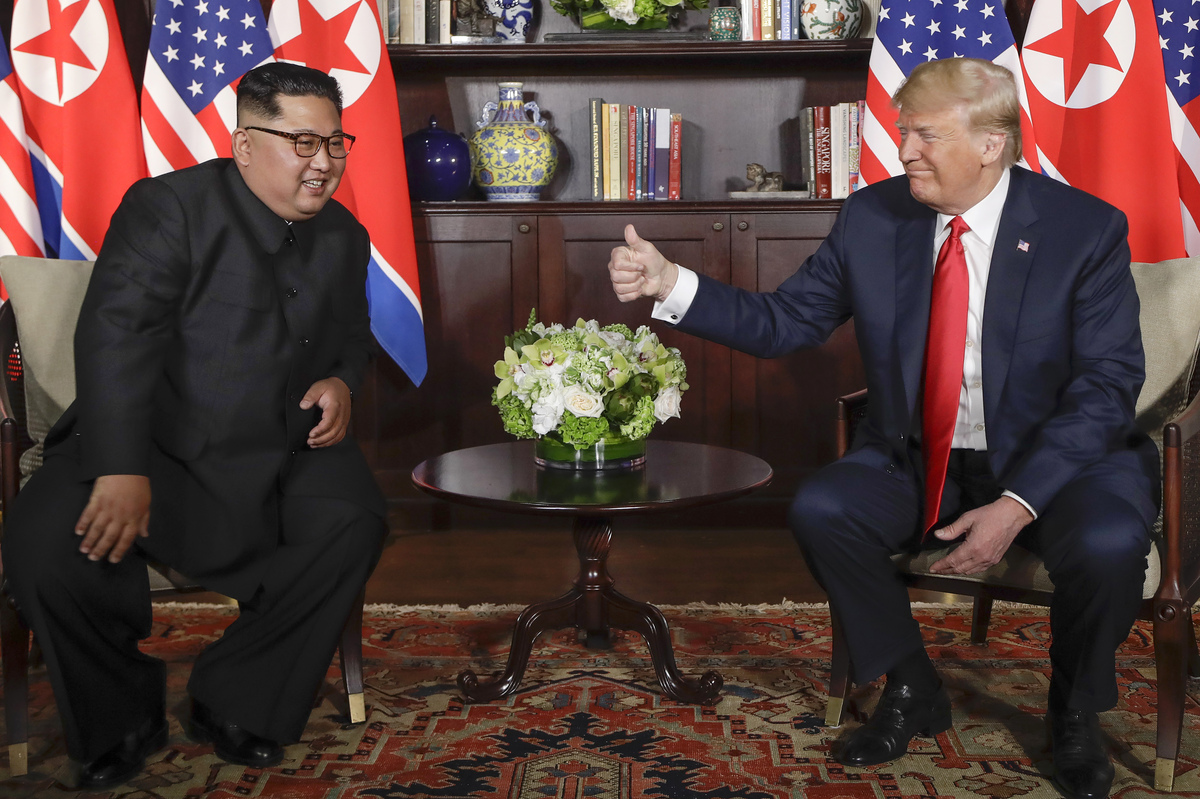 Remarks made by Bolton last month nearly derailed the summit altogether. He said that North Korea could follow the “Libya model” to denuclearization — an implication that suggested violent regime change.

On their way to that meeting, Trump responded to a shouted question from the media. How is the meeting going? “Very, very good. Excellent relationship,” Trump said.

Without elaboration, he then said that the two were “going for a signing,” but soon, the two leaders went in different directions.

The stakes for the summit are high and a genuine breakthrough could rewrite the geopolitical script for the Korean peninsula. Officials — including the president — appeared optimistic, but also cautious about raising expectations of what could be accomplished at a first face-to-face between the two leaders.

Pompeo said Monday the goal remains the complete, verifiable, irreversible denuclearization of the Korean Peninsula, a policy laid out under the George W. Bush administration and continued through the Obama administration to this point. In some instances, past deals struck by previous U.S. administrations with North Korea paused — but failed to roll back — North Korea’s program, which has only grown over the years.

Se Eun Gong contributed to this report from Singapore.