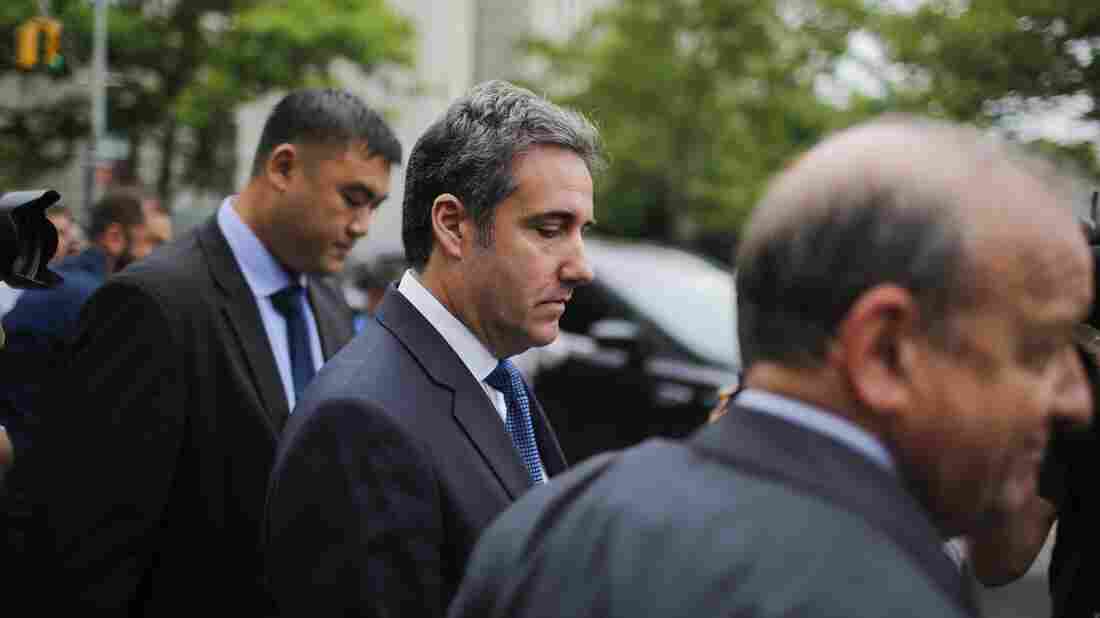 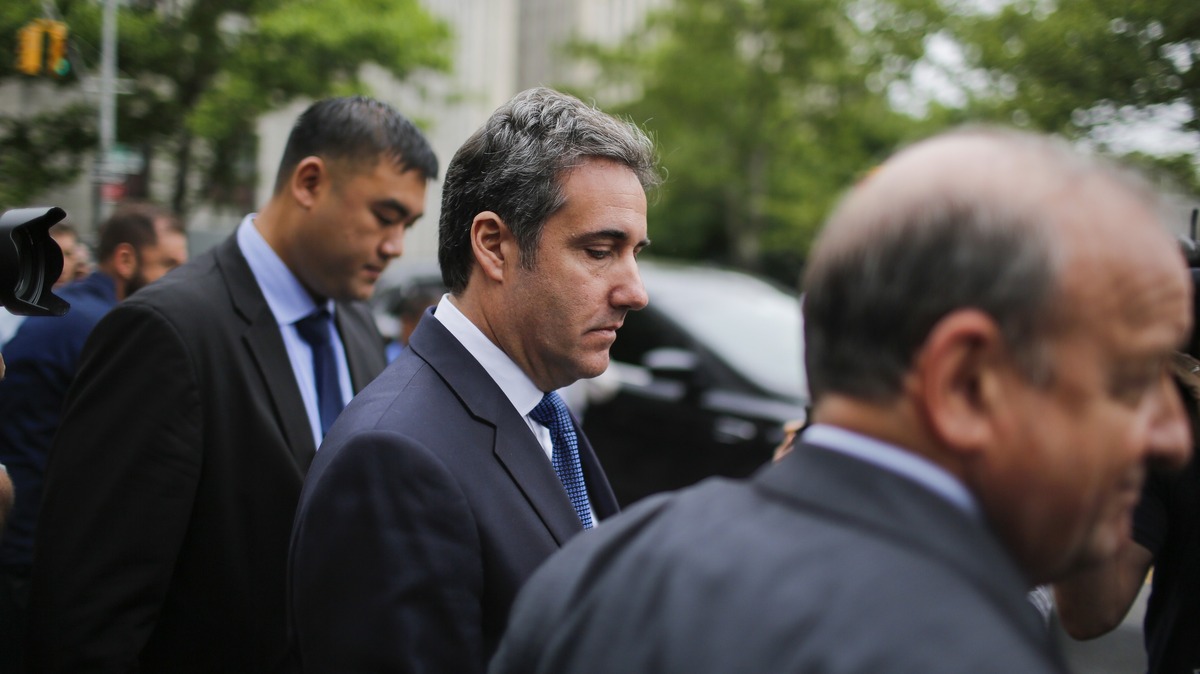 Michael Cohen, former lawyer for President Trump, exits the courthouse in New York City in May.

President Trump denied a CNN report that he knew in advance that his son Donald Trump Jr. and other campaign officials planned to meet with a group of Russians in June 2016 who said they had dirt on 2016 Democratic presidential nominee Hillary Clinton.

In a tweet Friday morning, Trump wrote “I did NOT know of the meeting with my son, Don Jr.”

…..I did NOT know of the meeting with my son, Don jr. Sounds to me like someone is trying to make up stories in order to get himself out of an unrelated jam (Taxi cabs maybe?). He even retained Bill and Crooked Hillary’s lawyer. Gee, I wonder if they helped him make the choice!

CNN reported Thursday that former Trump attorney Michael Cohen claims Trump knew in advance of the June 2016 meeting in Trump Tower, and is willing to share that information with special counsel Robert Mueller, who is investigating Russian interference in the 2016 election.

“Cohen alleges that he was present, along with several others, when Trump was informed of the Russians’ offer by Trump Jr.,” CNN reported. “By Cohen’s account, Trump approved going ahead with the meeting with the Russians, according to sources.”

Rudolph Giuliani, one of the president’s private attorneys with regard to the Russia investigation, told NPR on Thursday that the CNN report was not true and labeled Cohen the “liar in chief.” Cohen is “trying to make a deal, no doubt about it,” Giuliani also said.

Cohen has no audio recordings or other evidence to corroborate his claim of Trump’s advance knowledge of the meeting, CNN also reported. But if Mueller could prove Trump was aware of it or cast doubt on denials by Trump and Trump Jr., it would be a dramatic addition to Mueller’s investigation into Russian election interference in the 2016 presidential race and possible collusion by the Trump campaign.

Cohen is under investigation by federal authorities in New York for his business dealings. He is represented by attorney Lanny Davis, a onetime counsel to President Bill Clinton.

President Trump and his son have denied that Trump knew in advance of the June 2016 Trump Tower meeting. Donald Trump Jr.’s attorney Alan Futerfas issued a statement Thursday saying Trump Jr. “has been professional and responsible throughout the Mueller and Congressional investigations. We are very confident of the accuracy and reliability of the information that has been provided by Mr. Trump, Jr., and on his behalf.”