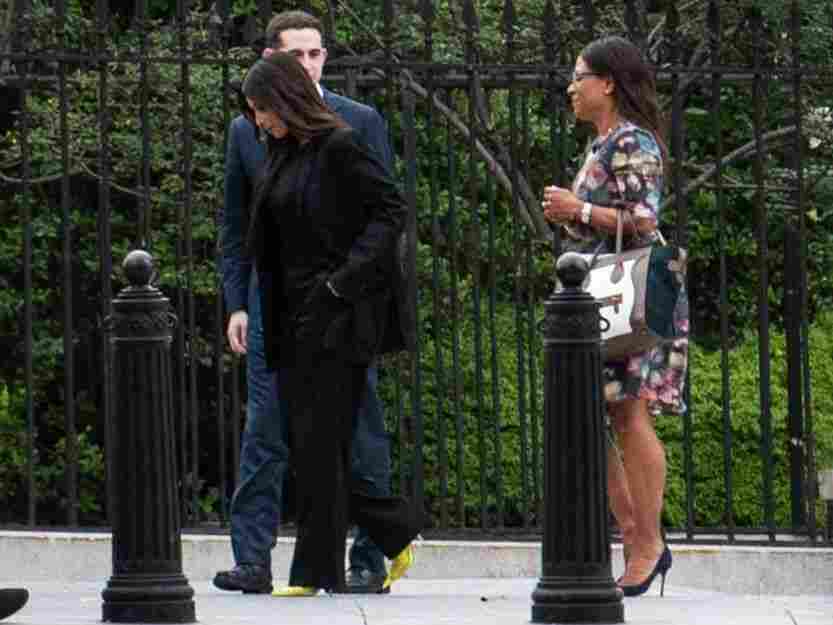 TV personality Kim Kardashian West went to the White House on May 30 to lobby for the release of Alice Marie Johnson. Mandel Ngan/AFP/Getty Images hide caption 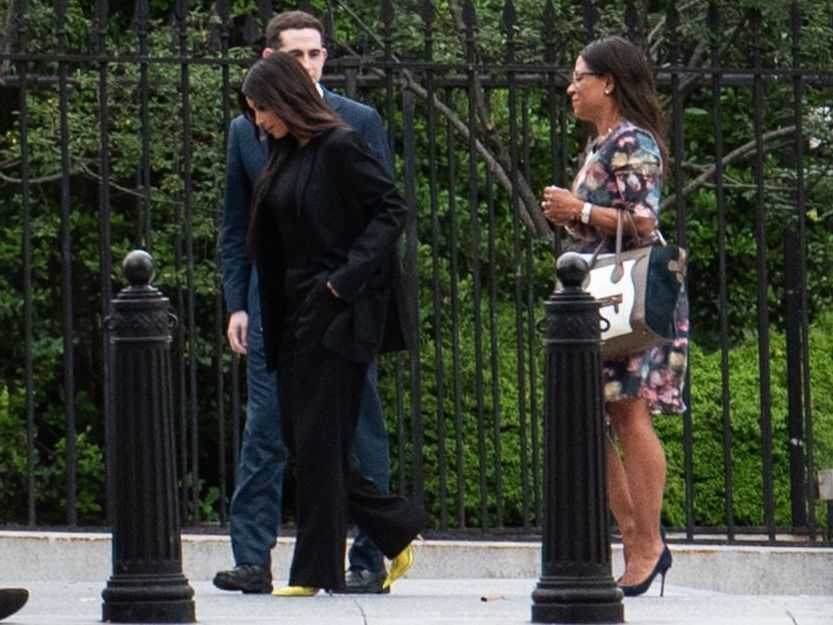 TV personality Kim Kardashian West went to the White House on May 30 to lobby for the release of Alice Marie Johnson.

President Trump has commuted the life sentence of a great-grandmother who has been in federal prison for more than 20 years for a first-time drug conviction.

In a tweet Wednesday, Kardashian West wrote “BEST NEWS EVER!!!!” with a link to an article about the commutation.

This is the latest celebrity-backed act of clemency from Trump, who has embraced his constitutional authority to pardon and shorten prison sentences for people convicted of federal crimes.

Johnson’s supporters argued she should not have to spend the rest of her life in prison for a nonviolent drug offense.

They say she has been a model prisoner. During her incarceration, she has written plays and become an ordained minister.

Johnson was convicted on cocaine conspiracy and money laundering charges. At the time of sentencing, The Associated Press reported that U.S. federal judge Julia Gibbons said Johnson was “the quintessential entrepreneur” of a drug ring that dealt in tons of cocaine.

The White House said in a statement that Johnson “has accepted responsibility for her past behavior.”

“While this administration will always be very tough on crime, it believes that those who have paid their debt to society and worked hard to better themselves while in prison deserve a second chance,” the White House said.

Prior to Johnson, Trump issued five pardons and one commutation.

All of these cases have involved public figures or have been the subject of national media attention.

Trump has also proved to be receptive to appeals from celebrities. He granted a rare posthumous pardon for legendary boxer Jack Johnson in response to a request from actor Sylvester Stallone.

Trump is moving more quickly to exercise his pardon power than recent presidents. His last three predecessors in the White House had not issued any pardons or commutations at this point in their presidencies.

Unlike other presidential actions, which require legislative support or can be challenged legally, the president’s power to pardon is almost unchecked.

There is a Justice Department review process, but presidents are not bound to follow it and Trump has not adhered to department guidelines in many of these cases.

Trump is facing a special counsel investigation into his campaign’s possible ties to Russian meddling in the 2016 election, which he calls a “witch hunt.” There has been speculation that Trump may be trying to send a signal with these pardons that he would be willing to act in the cases of those who might be indicted due to the probe.

He even raised the possibility of pardoning himself in a recent tweet, saying he has the “absolute right” to do so, but he has not done anything wrong.

As has been stated by numerous legal scholars, I have the absolute right to PARDON myself, but why would I do that when I have done nothing wrong? In the meantime, the never ending Witch Hunt, led by 13 very Angry and Conflicted Democrats (& others) continues into the mid-terms!

Asked Wednesday whether the president has the power to pardon himself, House Speaker Paul Ryan said he didn’t know the legal specifics, but added, “He shouldn’t, and no one is above the law.”

Legal experts are divided on whether a president can pardon himself.