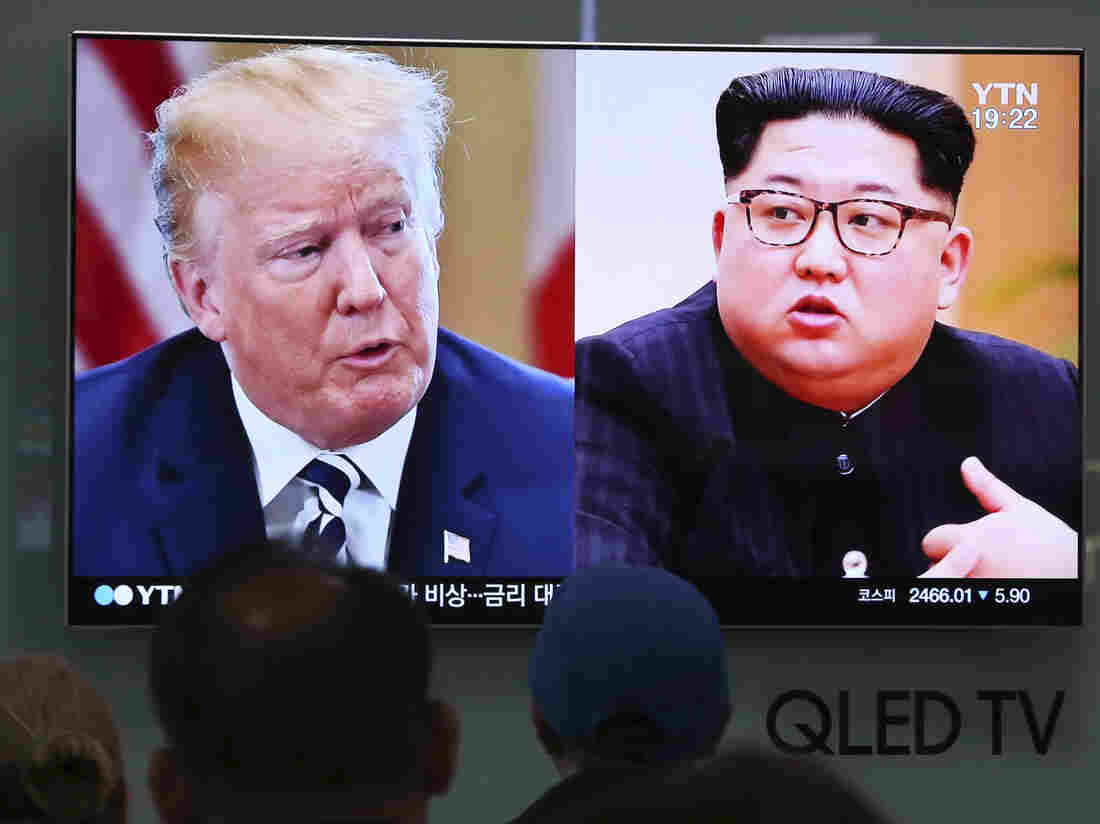 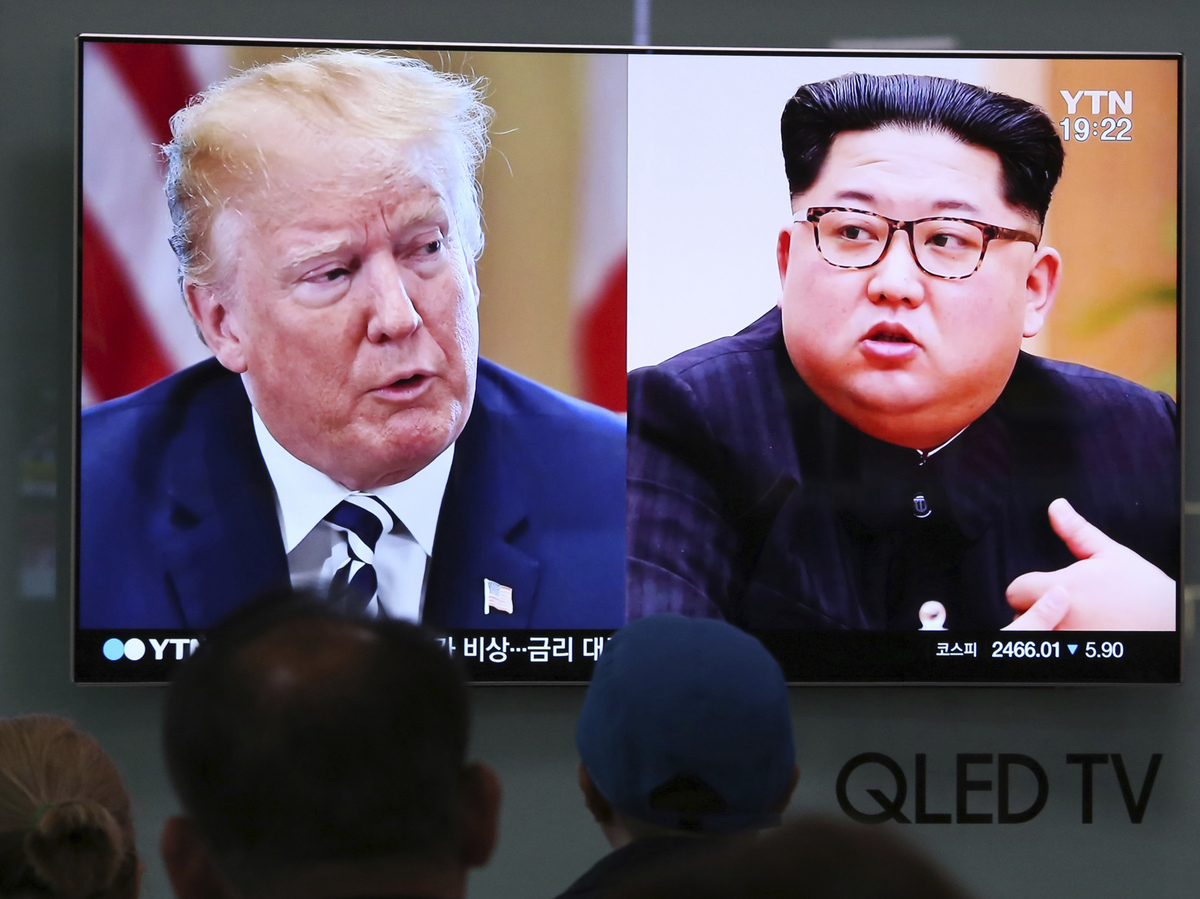 A war of words has scuttled a June 12 summit between President Trump and North Korean leader Kim Jong Un, seen during a news broadcast Wednesday in Seoul.

“Sadly, based on the tremendous anger and open hostility displayed in your most recent statement, I feel it is inappropriate, at this time, to have this long planned meeting,” Trump wrote in a letter to Kim.

Trump’s decision comes hours after North Korean Vice Foreign Minister Choe Son Hui, in remarks carried on the country’s official KCNA news service, said it would not “beg the U.S. for dialogue” and warned that it could make Washington “taste an appalling tragedy.”

Choe also called Vice President Pence a “political dummy” and criticized Pence’s recent suggestion that North Korea could end up like Libya if doesn’t come to the bargaining table.

In late 2003, Libyan leader Moammar Gadhafi voluntarily dismantled the nation’s nuclear weapons program. But in 2011, during the Western-backed Arab Spring demonstrations, Gadhafi was deposed and then killed by rebel forces.

In calling off the meeting, Trump said Kim had missed an opportunity, but he left the door open to renewed talks in the future.

“The world, and North Korea in particular, has lost a great opportunity for lasting peace and great prosperity and wealth,” Trump wrote. “If you change your mind having to do with this most important summit, please do not hesitate to call me or write.”

Trump also returned to past form, boasting of the size of the U.S. nuclear arsenal.

“You talk about your nuclear capabilities,” Trump wrote. “But ours are so massive and powerful that I pray to God they will never have to be used.”

Earlier in the day, North Korea made a public show of destroying its nuclear testing grounds. But the country’s weapons program remains intact.

“We can also make the U.S. taste an appalling tragedy it has neither experienced nor even imagined up to now,” Choe warned in her statement.