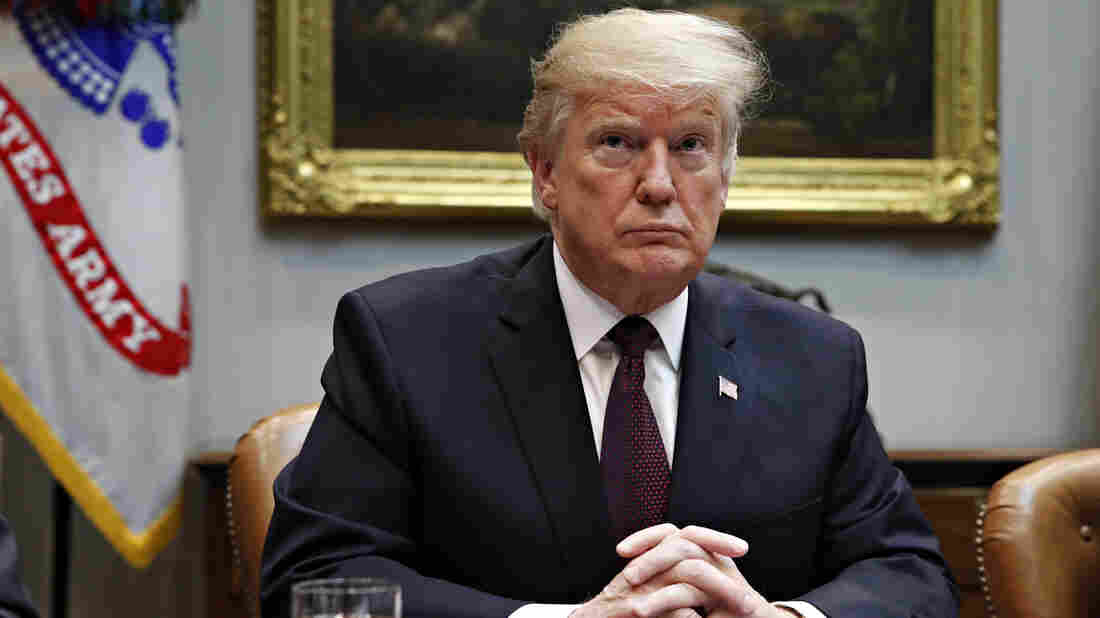 President Trump appears at the White House on Wednesday as House Speaker Nancy Pelosi blocked him from delivering the State of the Union at the Capitol. Trump agreed to postpone while the shutdown goes on. Jacquelyn Martin/AP hide caption 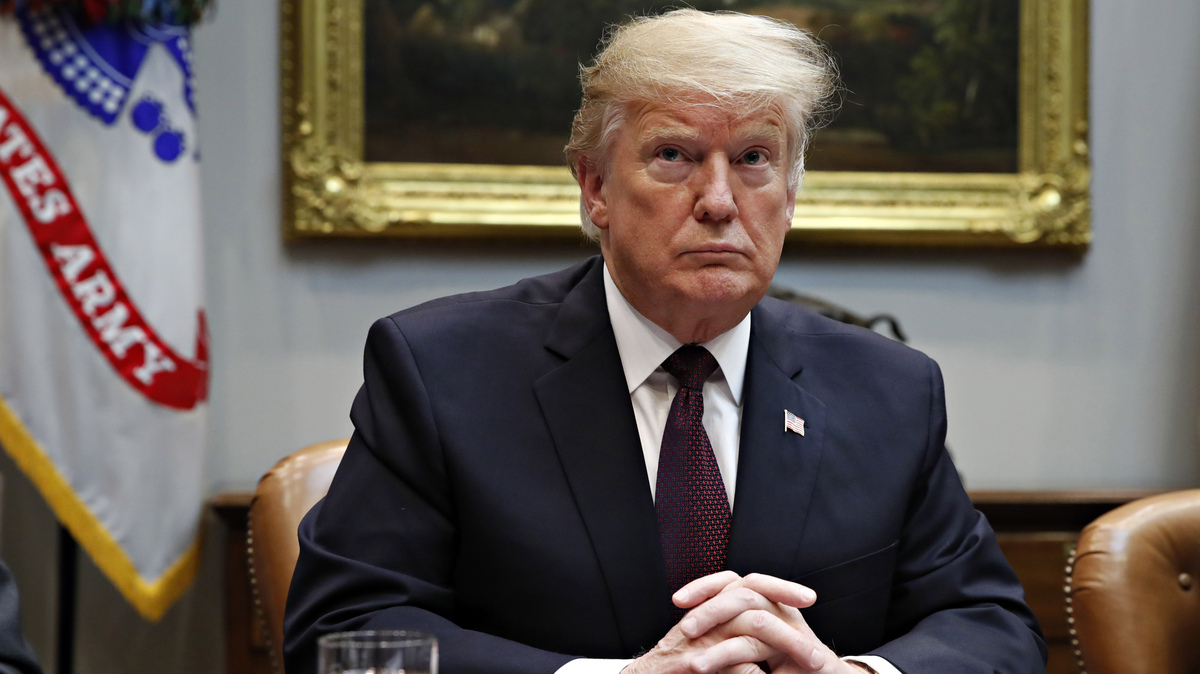 President Trump appears at the White House on Wednesday as House Speaker Nancy Pelosi blocked him from delivering the State of the Union at the Capitol. Trump agreed to postpone while the shutdown goes on.

In this game of who would blink first in this shutdown showdown, it was, perhaps surprisingly, President Trump.

Late Wednesday night, the president tweeted saying he would defer to House Speaker Nancy Pelosi and not deliver a State of the Union address until the government is back open.

As the Shutdown was going on, Nancy Pelosi asked me to give the State of the Union Address. I agreed. She then changed her mind because of the Shutdown, suggesting a later date. This is her prerogative – I will do the Address when the Shutdown is over. I am not looking for an….

….alternative venue for the SOTU Address because there is no venue that can compete with the history, tradition and importance of the House Chamber. I look forward to giving a “great” State of the Union Address in the near future!

It was a remarkable concession from this president, who at nearly every turn since he’s been on the national stage has not backed down. It comes on a day that the Senate is voting on two measures that were expected to fail as soon as they were introduced — Trump’s proposal made in a speech on Saturday for $5.7 billion in border wall funding for temporary protections for immigrants and a Democratic bill that would open the government for a few weeks as negotiations continue on border security.

Trump’s concession could signal an openness to getting the government back open, especially as Democrats show no sign of giving in on the wall and as the shutdown takes a political toll on this president.

Democrats are poised to offer a counterproposal of a significant purse of money for border security. That will not include money for a wall, but there’s talk of a “smart wall” — a new framing alluding to the president’s demand — with technology and manpower that Democrats are willing to fund.

Pelosi and other Democrats were saying Wednesday that they felt they had to “hold the line” against wall funding in the midst of a shutdown, so as to not encourage Trump to try it again. After all, most estimates put the cost of a wall along the entire border at far higher than $5.7 billion.

Instead of arguing over the specifics of border security, which some Democrats disagree on — including freshmen who delivered the party a majority by flipping swing districts in 2018 — Pelosi has held her caucus together by focusing on the president’s tactics, which they all can oppose.

“There is serious and justified concern that this president would shut down the government any time he does not get his way legislatively,” Pelosi said Wednesday. “That is why we must hold the line on this shutdown.”

The next question is how the White House will respond to the Democrats’ offer, since Trump has stopped negotiating to end the shutdown. In recent days he has been talking solely with Republicans, didn’t consult with Democrats before his speech Saturday to see if elements of what he was proposing would be acceptable, and he has been lobbying Republicans to vote for his legislation.

But what happens when not only his legislation fails, but if some Republicans vote in favor of the Democratic bill? What then? Does he retrench?

Mercedes Schlapp, a White House spokeswoman, notably did not mention the wall when asked by NPR’s Steve Inskeep on Morning Edition Thursday if the president could accept, for example, $5.7 billion for border security, but not for a wall.

“Well, why don’t we have the Democrats come over and propose that over to the president?” Schlapp said.

A trio of polls out Wednesday showed bad news for the president. Majorities are blaming him for the shutdown, and his approval rating is suffering. The most dramatic result was from The Associated Press and NORC, which showed Trump’s approval rating at a low for his presidency in that poll: 34 percent, down from 42 percent last month. Two-thirds of people said they disapproved of the job he’s doing. That included a whopping 69 percent of independents.

A CBS news poll found that 71 percent of Americans do not think a border wall is worth a government shutdown. And a Fox News poll found three-quarters of Americans think the shutdown is an emergency or major problem, higher than the number who say that about the situation at the border.

It’s easy to dismiss one poll or cherry pick from another, but it’s almost impossible to not notice when a confluence of polling is all saying essentially the same thing.

Undoubtedly, the polls are on Democrats’ side right now, but they also have to be wary of going too far. While more people in the CBS poll said they think Trump should compromise, a majority also believes Democrats should accept a budget with at least some wall funding.

It is a sign that “no” will probably not be an acceptable answer for long. Democrats knew that after Trump made his speech and proposal Saturday — and now are prepared to make their counteroffer.

As the political pressure grows, it seems there could be, for the first time since this longest partial shutdown in U.S. history began in December, a light at the end of the tunnel.

There is an opening, but the reality remains that no one, even those close to this president in the White House and his administration, knows exactly what he would sign off on.