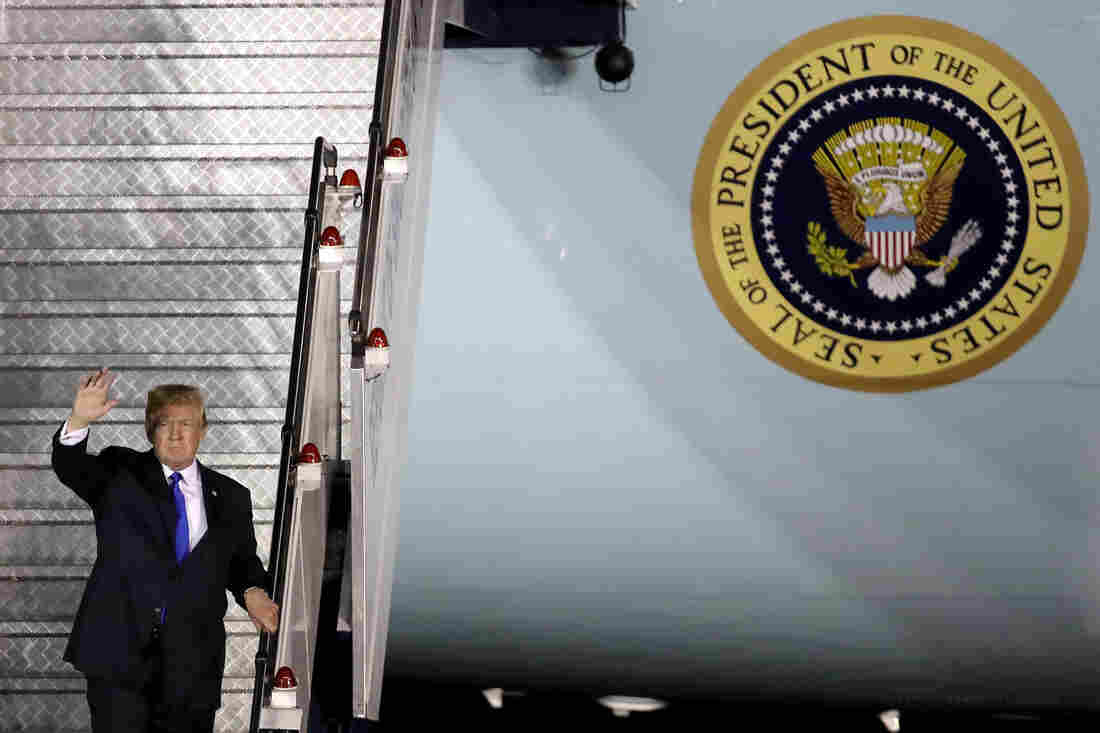 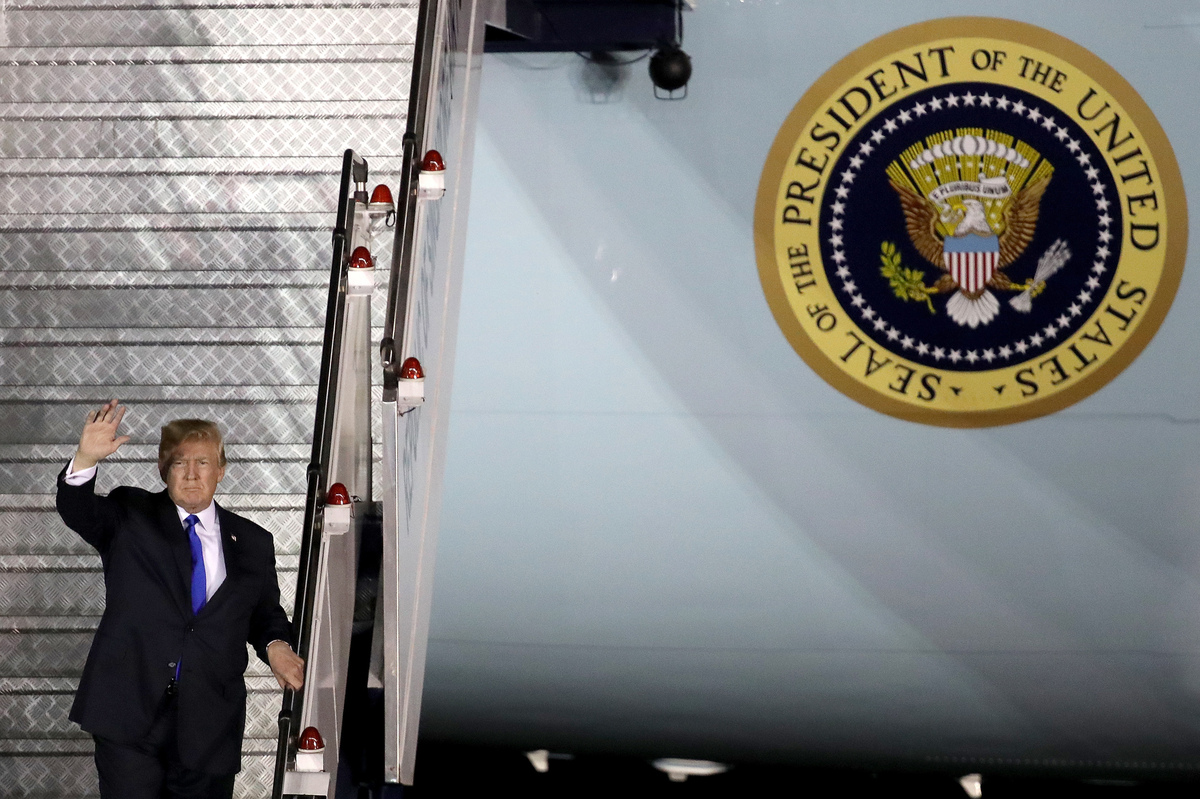 Veteran diplomats say it could take years to assess the results of this week’s nuclear summit between President Trump and North Korean leader Kim Jong Un.

“I think within the first minute, I’ll know,” whether Kim is serious about giving up his nuclear weapons, the president told reporters Saturday. “Just my touch. My feel. That’s what I do.”

The same impulsive confidence led Trump to accept Kim’s invitation to the summit without consulting his advisers back in March. The president abruptly called off the meeting in May, only to revive it eight days later.

The two leaders are finally set to meet Tuesday morning (Monday night in the U.S.) at a luxury island resort in Singapore, the climax of a diplomatic roller-coaster rivaling any at the nearby Universal Studios theme park.

“Be prepared for surprises,” said Victor Cha, a Korea expert who worked in the George W. Bush administration. “These two leaders certainly have a flair for the drama and the dramatic in these sorts of meetings.”

Secretary of State Mike Pompeo, who’s met twice with Kim in preparation for the summit, said he and other advisers have been briefing Trump on a near-daily basis. But the president, who sees himself as a born deal-maker, downplayed the value of such last-minute cramming.

“It’s going to be something that will always be spur of the moment,” Trump told reporters, as he left a G-7 meeting in Canada en route to Singapore. “It’s unknown territory in the truest sense. But I really feel confident. I feel that Kim Jong Un wants to do something great for his people and he has that opportunity.”

Analysts say Kim will check off one of his goals simply by sharing the summit stage with Trump. The first such meeting with a sitting U.S. president will help rebrand the North Korean leader from pariah to peacemaker. 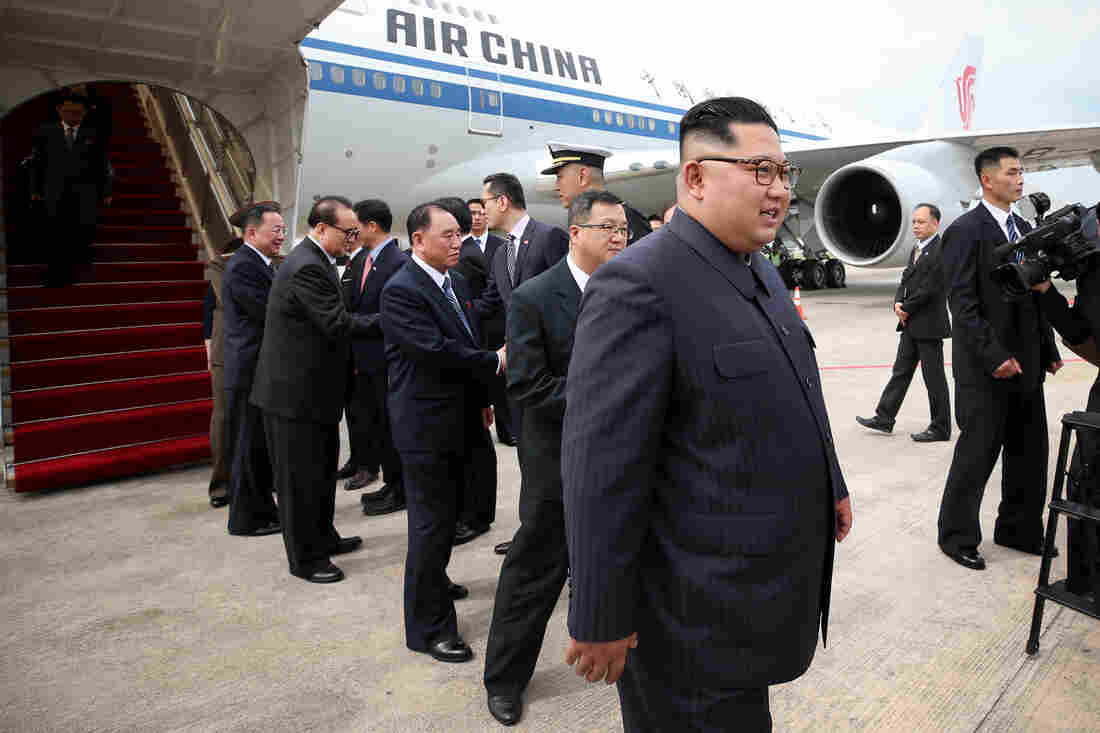 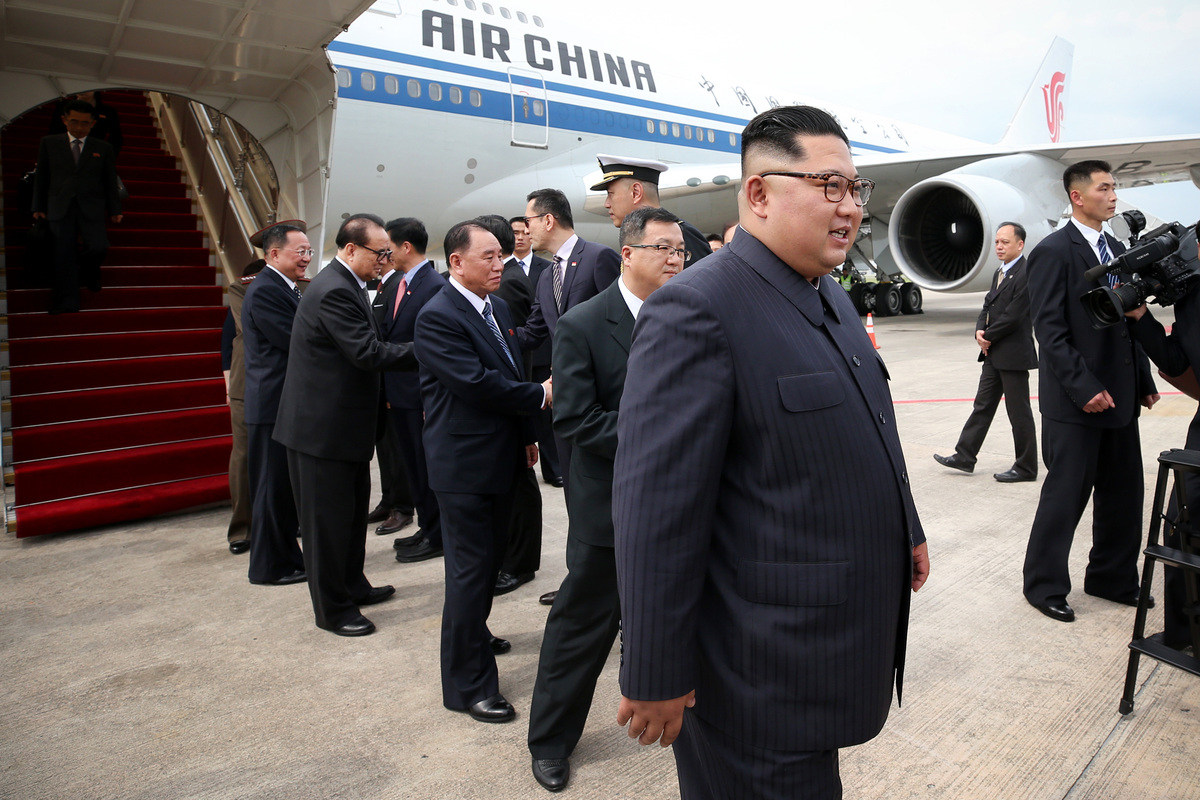 In this handout provided by Ministry of Communications and Information of Singapore, North Korean leader Kim Jong Un arrives in Singapore on June 10, 2018.

“Just the fact of a superficially successful summit is a big gain for him,” said Richard Bush, a senior fellow at the Brookings Institution. “He has sat across the table from the president of the United States, the superpower. That elevates his position, prestige, and power tremendously.”

Cracks in the sanctions campaign

Cracks have also begun to appear in the “maximum pressure” campaign of economic sanctions against North Korea, even though Trump insists the U.S. won’t loosen the screws until Pyongyang’s nuclear program is dismantled.

“As long as the summitry is going on, and Kim Jong Un is going to be invited to the United Nations and so forth, it will be very hard to get China, Russia, even South Korea back on board,” said Michael Green, who oversaw Asia policy on the National Security Council in the George W. Bush administration. “The leverage will be dissipated.”

“Whether we like it or not, the other countries see this as the U.S. turning the spigot back on,” Pak said.

The U.S. goal for the summit is straightforward: the complete, verifiable, irreversible end of North Korea’s outlawed nuclear weapons program.

“A perfect track record of cheating”

But while Kim has made some gestures in that direction — suspending nuclear and missile tests and making a show of disabling a nuclear test facility — veteran diplomats are skeptical that North Korea will surrender its nuclear weapons altogether.

“I do not know of a single U.S. official — and we talked to a lot of them — or Japanese official below the level of the president who thinks North Korea is going to denuclearize,” Green said.

In the 1990s and again the early 2000s, North Korea agreed to halt its nuclear program only to continue with clandestine research. With each round of diplomacy, Pyongyang’s weapons grew more advanced and more dangerous.

“We’ve had multiple deals with North Korea,” Green said. “We now know they have a pretty good track record in these negotiations: a perfect track record of cheating every time.”

“President Trump is hopeful, but he’s also going into the summit with his eyes wide open,” Pompeo told reporters. “We’ve seen how many inadequate agreements have been struck in the past. And you can be sure that President Trump will not stand for a bad deal.”

Timing and verification will be crucial to the success of any nuclear deal. But those details aren’t likely to be worked out during this week’s summit and will instead have to wait for follow-up conversations.

The administration has backed away from its demand for immediate disarmament, acknowledging that a weapons program a large as North Korea’s would take time to wind down.

“This has to be big and bold,” Pompeo said. “We can’t step through this over years.”

In exchange for North Korea’s cooperation, the administration is offering Kim both security guarantees and economic aid.

“He’ll be safe. He’ll be happy. His country will be rich,” Trump said last month.

Analysts suggest the president may be underestimating the value that Kim’s family has placed on nuclear weapons for three generations, substituting his own businessman’s priorities for the North Korean leader’s.

“If the North Koreans wanted to be rich, they could have been rich a long time ago,” Cha said.

“For Kim, the nuclear weapons are part of his national identity,” Pak added. “To assume that one can go in and talk about making him rich is almost antithetical, almost offensive in a way, for somebody who has achieved and completed his grandfather’s goal.”

An end to the Korean War?

The summit could also produce some sort of declaration — short of a formal treaty — about ending the Korean War, 65 years after the armistice. Eventually, that could lead to pressure from North Korea and China to withdraw many of the 28,000 American troops in South Korea.

Trump, who has complained about the cost of those troops, might welcome the opportunity, though a troop withdrawal would also reinforce doubts about America’s commitment to the Asia-Pacific region.

The president has also promised Japan’s prime minister, Shinzo Abe, that he will press Kim for the return of Japanese citizens who have been kidnapped and held captive in North Korea. And Trump has said he may raise the issue of North Korea’s dismal human rights record with Kim, although he didn’t do so during a White House meeting with one of Kim’s top deputies.

Whatever complications may arise after the summit, both sides seem eager to stage a smiling photo of the historic handshake.

“No matter what happens, President Trump and Kim Jong Un are going to call it a success,” said former CIA analyst Sue Mi Terry, who’s now a senior fellow at the Center for Strategic and International Studies. “Both leaders are invested in this and they want to. So the optics are going to look good.”

Even those who are skeptical of North Korea’s intentions don’t want a return to last year’s open hostility, when Trump and Kim were calling each other names and boasting about their nuclear buttons.

Despite Trump’s confidence in his deal-making instincts, though, the ultimate outcome of the summit probably won’t be known quickly.

“President Trump would like to see this as a very different, bigger deal,” Cha said. “Everybody else screwed it up. Now he’s going to fix it.”

But the veteran diplomat, who was briefly considered for a post as Trump’s ambassador to South Korea, warns the administration will face the same challenges and trade-offs in North Korea that its predecessors did.

“We want to solve this problem. But we may be stuck managing it.”