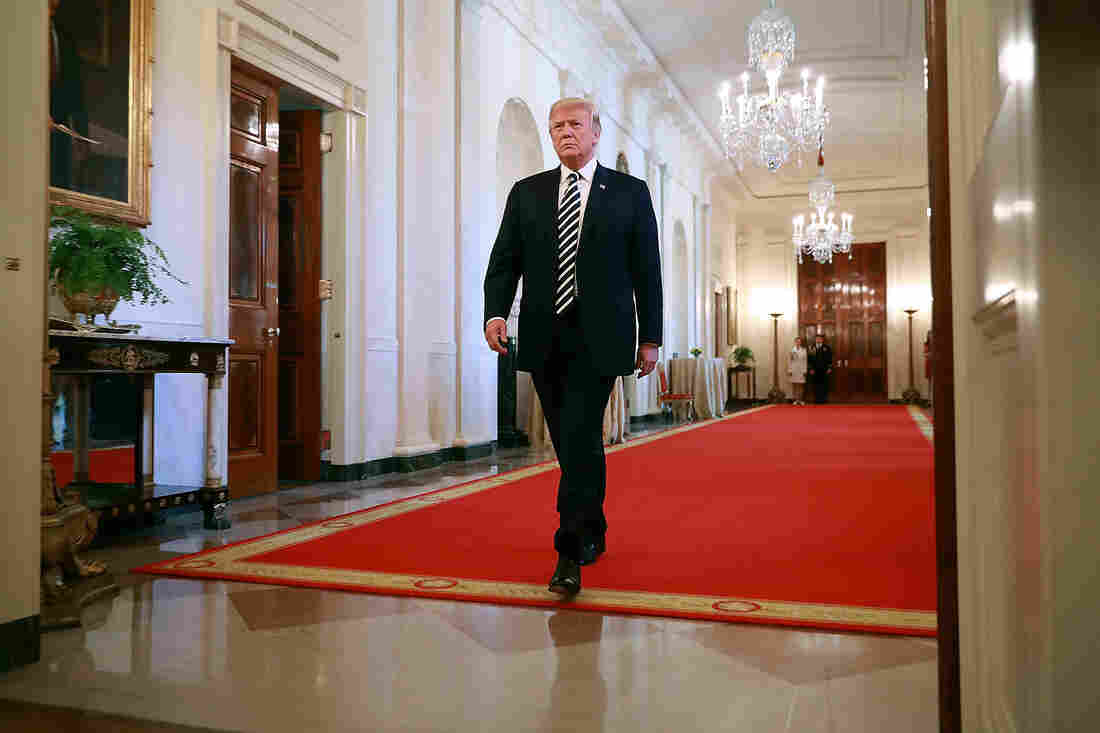 President Trump walks into the East Room of the White House on Wednesday. He has acknowledged that his lawyer paid $130,000 to actress Stormy Daniels. Chip Somodevilla/Getty Images hide caption 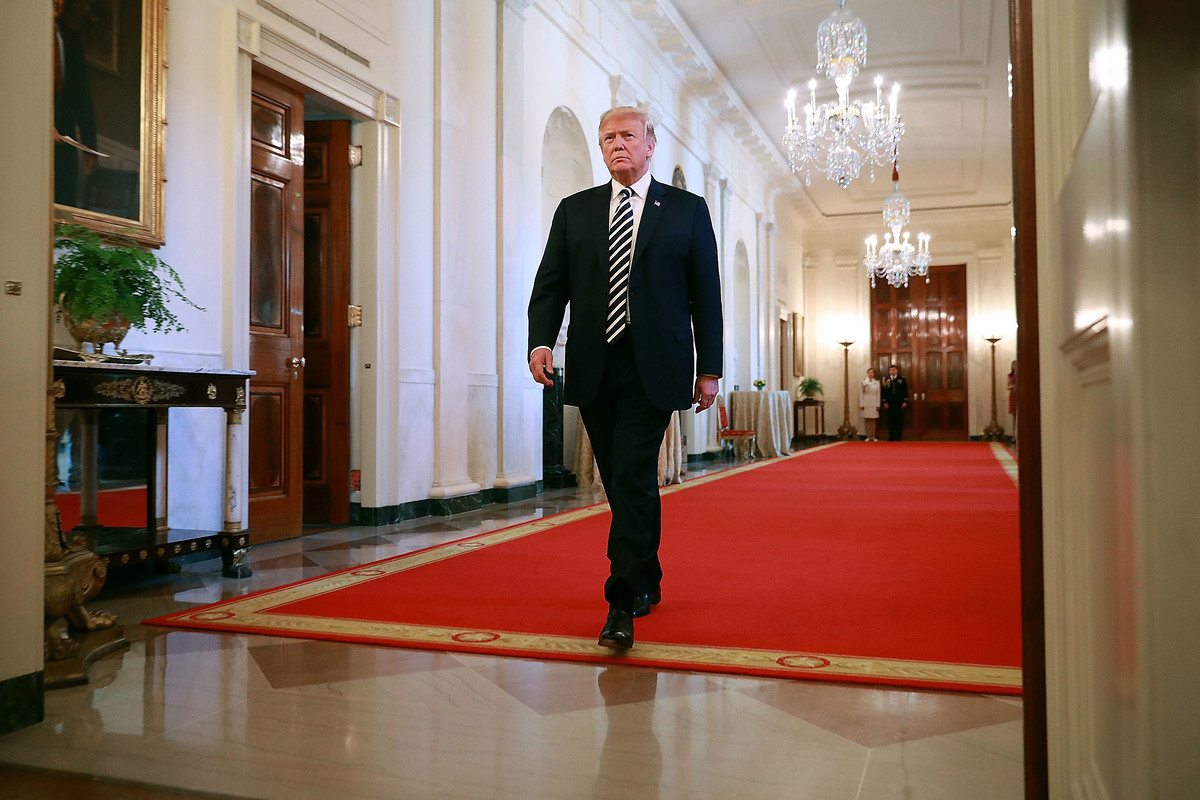 President Trump walks into the East Room of the White House on Wednesday. He has acknowledged that his lawyer paid $130,000 to actress Stormy Daniels.

Did President Trump break campaign finance laws when his personal lawyer, Michael Cohen, paid $130,000 to an adult film actress as part of a nondisclosure agreement? Or was Trump hoping the payment would smooth out his personal life?

That’s still the fundamental question regarding Stormy Daniels’ alleged encounter with Trump. But after a few volleys of contradictory accounts on TV and Twitter, the details are becoming clearer.

Federal election law covers transactions “for the purpose of influencing” federal elections. Trump tweeted Thursday morning, “Money from the campaign, or campaign contributions, played no roll in this transaction.” But also Thursday morning, Rudy Giuliani, one of Trump’s personal attorneys regarding the Justice Department’s Russia investigation, appeared on Fox & Friends and said of Daniels’ allegations, “Imagine if that came out on Oct. 15, 2016, in the middle of the last debate with Hillary Clinton.”

If the intent was to influence the election, then less than a month away, it sets off a chain of potential questions and legal problems involving campaign contributions:

— Cohen’s payment to Daniels would be an in-kind contribution to Trump’s campaign. It would far exceed the legal limit of $2,700. And the campaign failed to report it.

— If Cohen’s payment was effectively a loan, then it would have been an in-kind loan to the campaign. Trump’s reimbursements would be another in-kind contribution. Trump as candidate had no contribution limit, but there’s still the failure to report.

— Cohen worked for the Trump Organization. It arguably could have facilitated the payment to Daniels. Corporate contributions to candidates are forbidden.

Giuliani and Trump have now added a new twist: They say Trump repaid Cohen through a monthly retainer, “not from the campaign,” as Trump tweeted, “and having nothing to do with the campaign.”

This could be “a real complication for the government,” said former Federal Election Commission Chairman Scott Thomas — for instance, he said, if it was a regular payment and Trump didn’t expect accounting of how it was used. But if the retainer appeared to be mainly a vehicle for the reimbursement of money paid under the terms of the nondisclosure agreement, as Trump described the arrangement Thursday, it becomes a complication for Trump.

The watchdog group Common Cause wants the Federal Election Commission and the Justice Department to investigate the payments and the lack of disclosure.

And here’s the irony. As Paul S. Ryan, the group’s vice president for policy and litigation, noted, the campaign could have disclosed the $130,000 as a campaign expenditure — say, a “legal services” expenditure to the limited liability corporation that Cohen had set up for the payment. Ryan said it is likely no one would have noticed it.