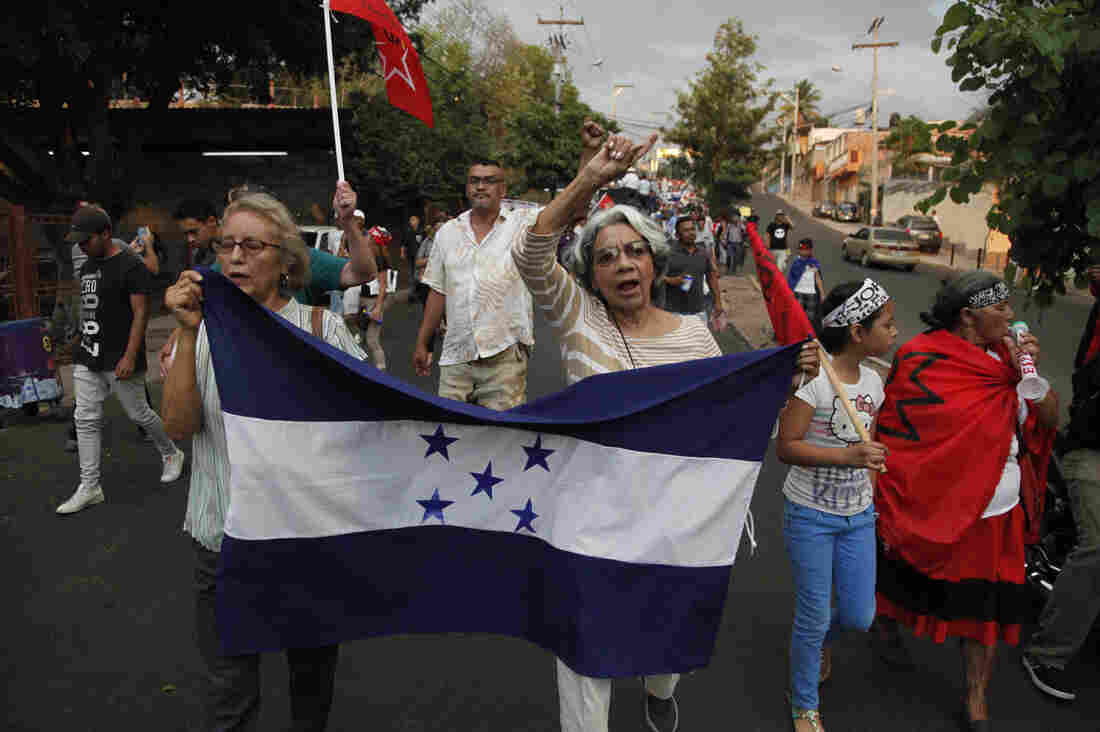 Members of the opposition to the administration of Honduran President Juan Orlando Hernandez march on Friday to protest the U.S. government’s decision to end the Temporary Protected Status designation for nearly 57,000 people from Honduras. Hernandez called the decision a sovereign issue for Washington, adding that “we deeply lament it.” Fernando Antonio/AP hide caption 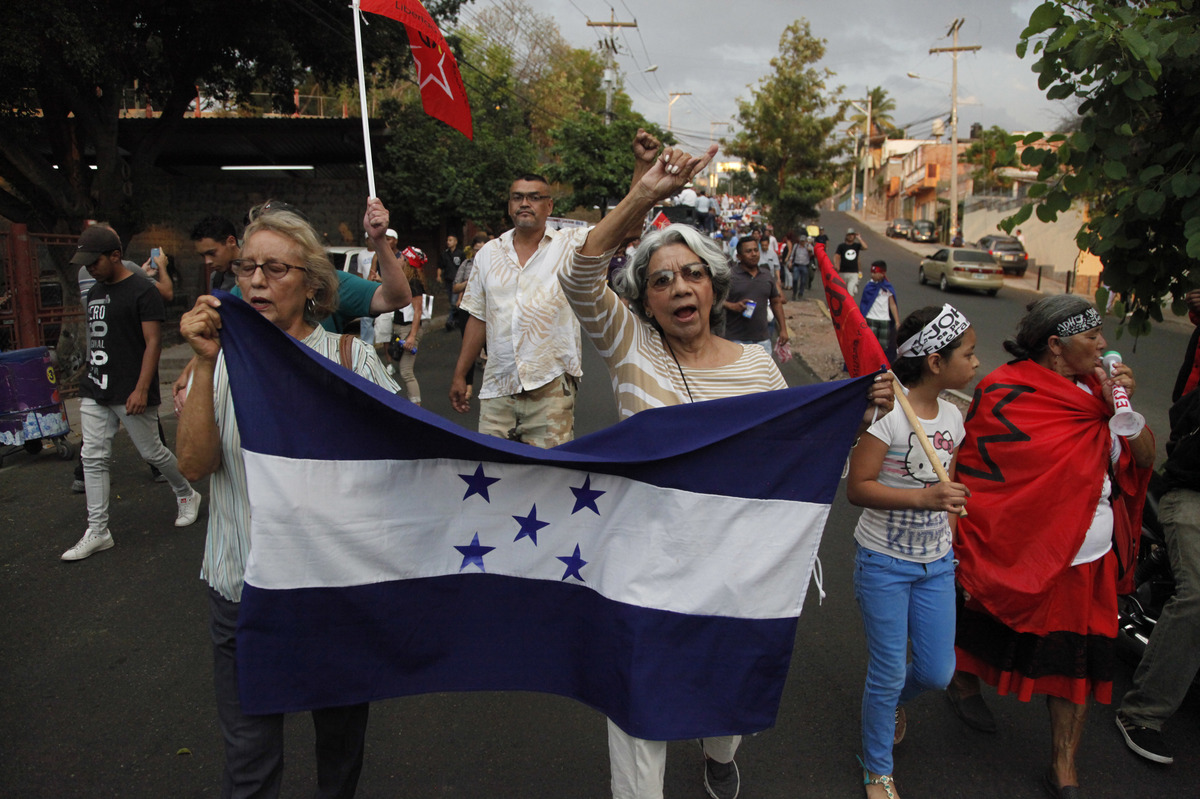 Members of the opposition to the administration of Honduran President Juan Orlando Hernandez march on Friday to protest the U.S. government’s decision to end the Temporary Protected Status designation for nearly 57,000 people from Honduras. Hernandez called the decision a sovereign issue for Washington, adding that “we deeply lament it.”

The Secretary of the Department of Homeland Security, Kirstjen M. Nielsen, announced Friday the termination of the program that has protected about 57,000 Hondurans from deportation since 1999.

That designation, known as Temporary Protected Status, or TPS, came in response to the deadly Hurricane Mitch in 1998, which killed an estimated 10,000 people in Honduras and launched a regional humanitarian crisis.

TPS was created by Congress 1990 to help people from societies wracked by civil conflict or natural disasters.

In a DHS statement, Nielsen said that she is delaying the effective date for termination of TPS for Hondurans for 18 months, until January 5, 2020.

“…the Secretary determined that the disruption of living conditions in Honduras from Hurricane Mitch that served as the basis for its TPS designation has decreased to a degree that it should no longer be regarded as substantial. Thus, as required under the applicable statute, the current TPS designation must be terminated.”

The announcement follows similar decisions by Nielsen to end TPS for almost 200,000 Salvadorans, 50,000 Haitians and 9,000 Nepalis. Smaller numbers of Nicaraguans and Sudanese have also lost TPS under the Trump administration. All of these immigrant groups were given more than a year to leave.

In light of those announcements, immigration advocates were prepared for Nielsen’s decision about Hondurans, which they criticized as politically driven and without regard for the actual dangerous conditions in Honduras.

According to a statement by the Catholic Legal Immigration Network, Inc., or CLINIC, the Central American country is in the middle of a humanitarian crisis with a “staggering” homicide rate, lack of safe drinking for hundreds of thousands of people and chronic childhood hunger.

“The administration has attempted to paint a picture that it has no choice but to terminate TPS,” said CLINIC executive director Jeanne Atkinson.

“Its action seems to suggest that all of the past Republican and Democratic administrations that extended TPS for Honduras have not properly applied the law. To the contrary, it is the Trump administration’s action that disregards the law and the intent of Congress in creating TPS in the first place to safeguard human lives,” said Atkinson.

But supporters of the Trump administration praised the announcement.

“The hurricane that justified it in the first place was two decades ago,” said Mark Krikorian, executive director of the D.C.-based Center for Immigration Studies, a group that advocates immigration limits. “At some point, temporary needs to mean temporary.”

However, Krikorian said, he would have preferred that the Trump administration gave Hondurans only six months to arrange to leave and not eighteen months.

“It [TPS] has to stop somewhere and somebody is going to be inconvenienced by this,” he added.

But Miami business owner Orlando Lopez calls the decision a “disaster” for him and his family. He’s 55, has a small trucking company with ten employees and he supports his family back in Honduras.

In an interview with NPR, Lopez said Americans don’t understand how difficult life is in Honduras.

“I’m afraid to return. It’s a matter of life or death, ” said Lopez.

“Here, I have a business. I pay taxes. I have a clean record. I will have to leave it in God’s hands,” he added.

The government of Honduran President Juan Orlando Hernandez said that the decision to end TPS was a sovereign issue for Washington, adding that “we deeply lament it.”

According to the Associated Press, an ex-Honduran ambassador to the U.S. and former Central Bank president Hugo Noe said the decision will create uncertainty for many families and he predicted that most Hondurans who were covered by TPS will choose to remain in the U.S. illegally rather than return home.