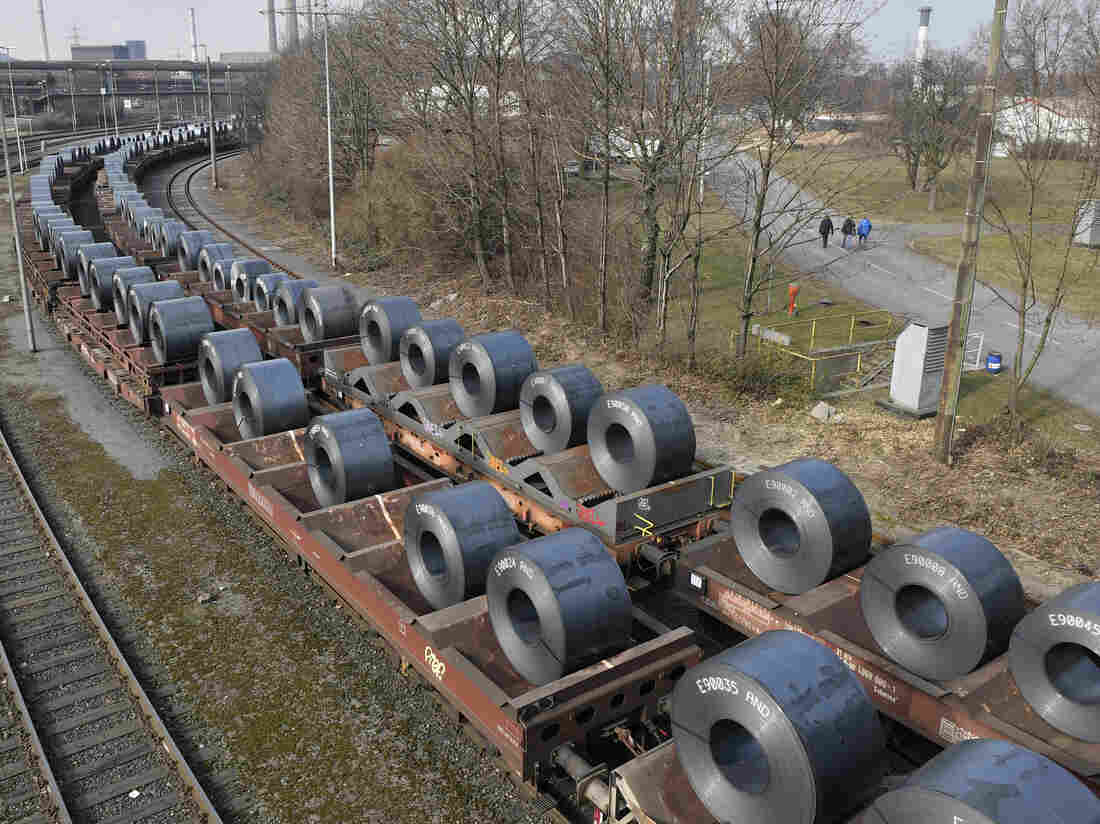 Steel coils sit on wagons leaving a factory in Duisburg, Germany on March 2. U.S. President Trump Monday decided to hold off on imposing most steel and aluminum tariffs until at least June 1. Martin Meissner/AP hide caption 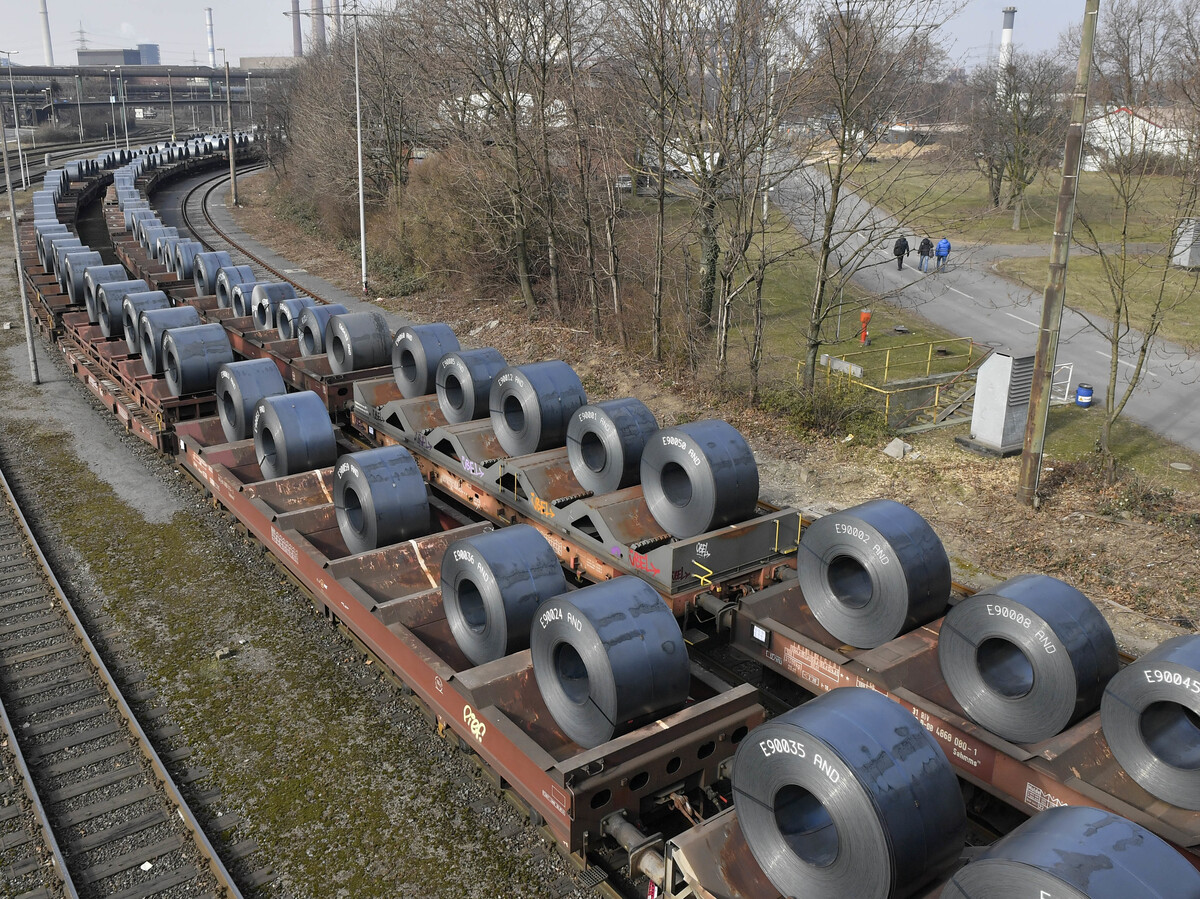 Steel coils sit on wagons leaving a factory in Duisburg, Germany on March 2. U.S. President Trump Monday decided to hold off on imposing most steel and aluminum tariffs until at least June 1.

The Trump administration has decided to hold off on imposing most of its tariffs on imported steel and aluminum until at least June 1.

Tariffs were scheduled to take effect at 12:01 a.m. Tuesday on imports from Canada, the largest U.S. supplier of steel and aluminum, as well as Mexico, Argentina, Australia, Brazil and the EU.

A source familiar with the decision says the administration has reached an agreement in principle with Australia, Argentina and Brazil, which may avoid the need for tariffs against those countries altogether.

Talks continue with Canada, Mexico and the EU.

But before the levies took effect, the administration granted temporary waivers to most major U.S. allies.

In recent weeks, Trump has used the tariffs — or the threat of tariffs — as a bargaining chip in broader trade negotiations.

Mexico and Canada are in talks with the U.S. on a revised North American Free Trade Agreement.

South Korean officials won a permanent exemption from steel tariffs in March as part of an updated free trade agreement with the U.S. But in exchange, South Korea had to reduce its steel exports to the U.S. by about 30 percent, Similar quotas could be imposed on other countries as part of a final deal.

Japan never got a break from the tariffs, so Japanese exporters have been subject to the levies since late March. That was a source of some friction when Trump hosted Japanese Prime Minister Shinzo Abe at Mar-a-Lago two weeks ago.

The EU had threatened to retaliate if the steel and aluminum tariffs took effect, by imposing levies of its own on politically sensitive American exports. Potential targets include Harley Davidson motorcycles, from the home state of House Speaker Paul Ryan, and Kentucky bourbon, which could get the attention of Senate Majority Leader Mitch McConnell, R-Ky.

The steel and aluminum tariffs are part of a broader effort to crack down on what Trump calls unfair trading practices. The administration has also imposed tariffs on imported solar panels and washing machines. And it’s threatening hefty penalties against a wide range of exports from China.

A U.S. delegation is on its way to Beijing for trade talks later this week.

“You see what’s happening with respect to trade and the United States,” Trump said Monday. “We are being respected again.”

Economists have warned that tariffs could backfire, by raising prices for U.S. businesses and consumers and sparking a backlash against American exports.