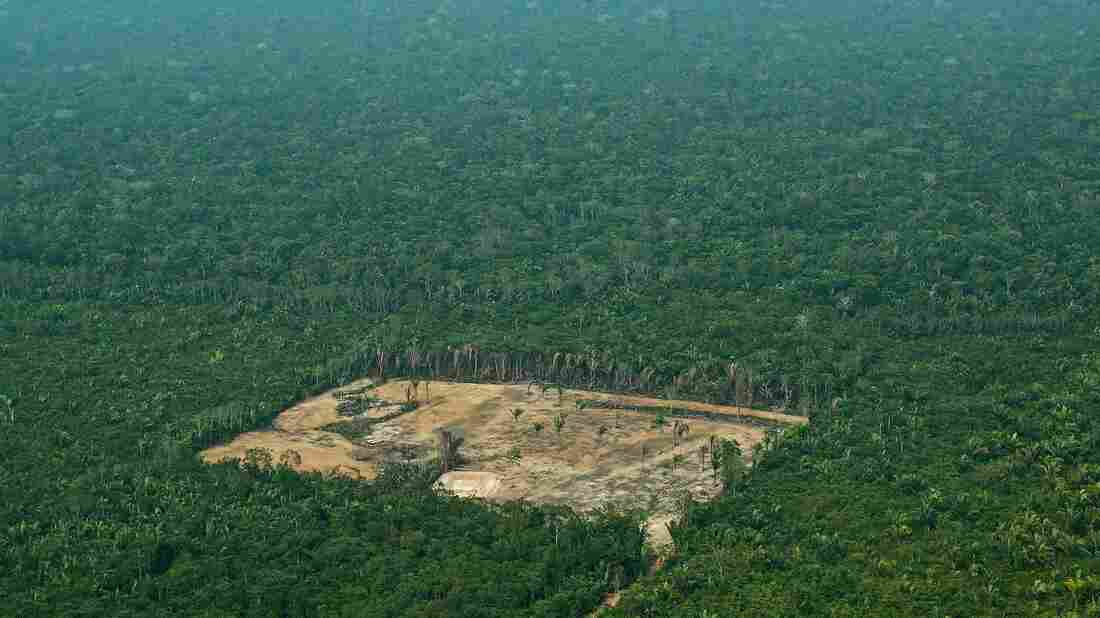 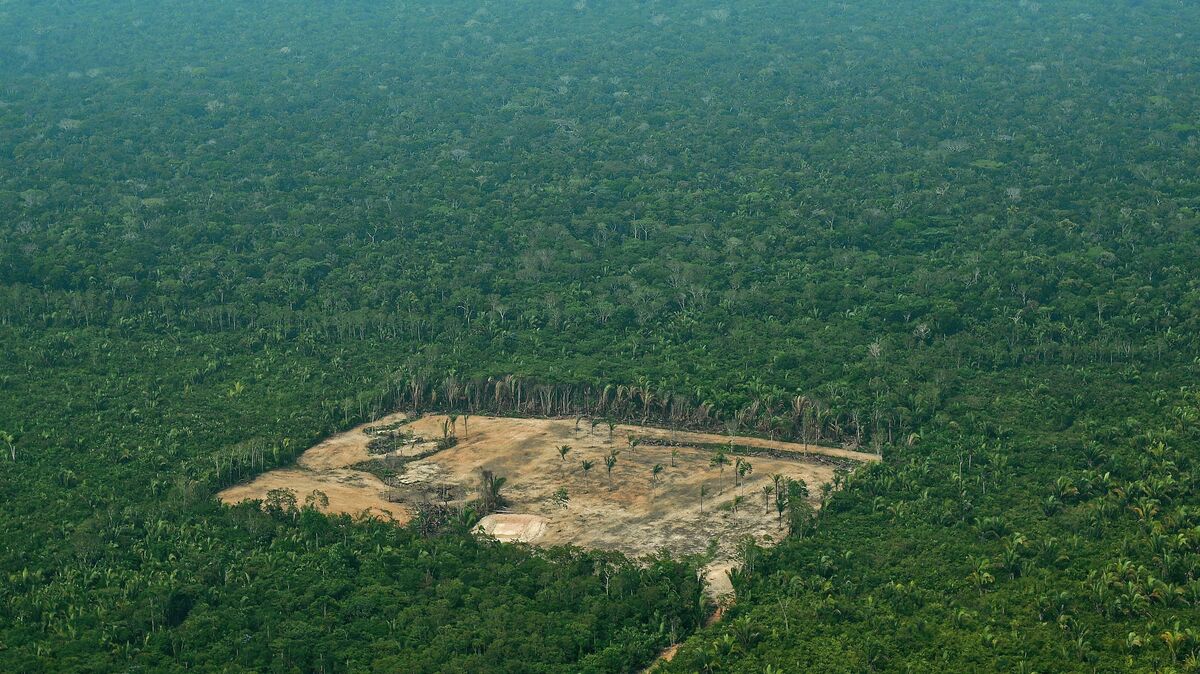 An aerial view shows deforestation in the Western Amazon region of Brazil, taken in September 2017.

About 39 million acres of tree cover disappeared in 2017 – an area the size of Bangladesh – according to data released Wednesday by the World Resources Institute. That amounts to 40 football fields every minute for a whole year, making it the second-worst year of tree loss on record. The worst was just a year earlier, in 2016.

To gauge the amount of loss, thousands of NASA satellite images from 2001 to 2017 were analyzed through artificial intelligence at the University of Maryland. Then, researchers at the World Resources Institute’s Global Forest Watch assessed the changes in tree cover.

“In some ways [our research] is not noteworthy,” Mikaela Weisse, a research analyst at WRI, told NPR. “Things have been continuing as they have been. What’s depressing is that there has been a lot of international and national commitments to reduce deforestation, and we are hoping this will have an impact, but the data is showing that it’s not having as much of an impact as we hope.”

The report presents a bleak picture: some areas are experiencing prolonged loss of lush forest while new areas are becoming hotspots. “Places that haven’t been on our radar so much are all of a sudden going through this major transformation,” Weisse said.

One of those places was Colombia, where a peace agreement with the rebel group FARC has led to changes in remote forest where the guerrillas previously operated. They imposed tight control on the land but in leaving, “left behind a power vacuum,” Weisse said. “Other armed groups are grabbing land as a form of money laundering and to plant coca.”

People in Colombia are also clearing land in the hopes of getting a land title under a forthcoming rural reform law which is part of the peace agreement, the report stated. As a result, Colombia’s tree cover loss in 2017 more than doubled its rate from 2001 to 2015. 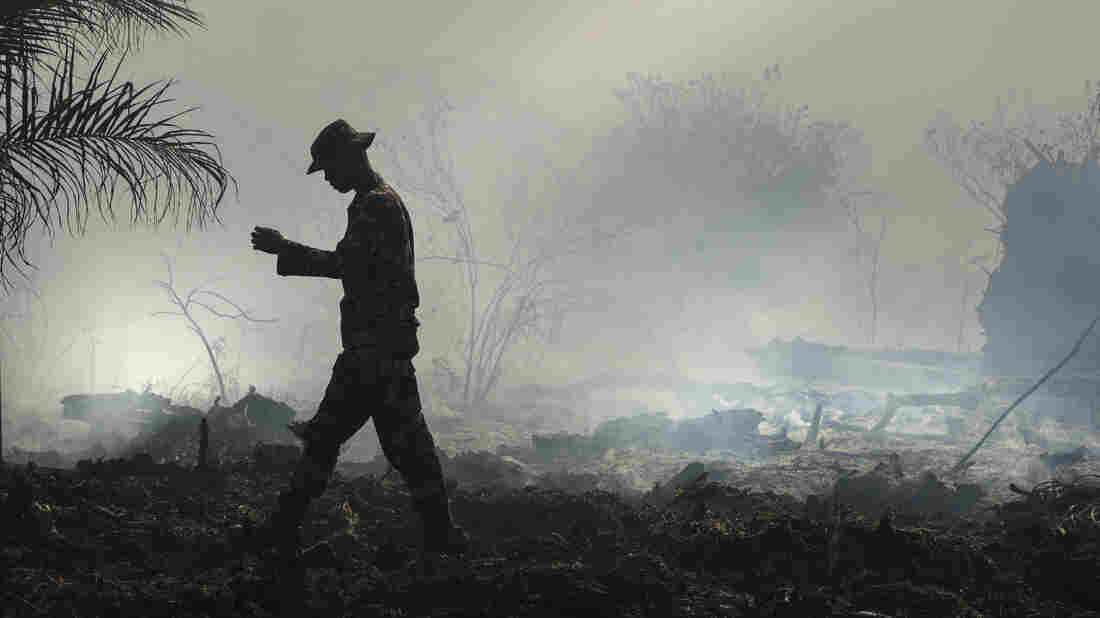 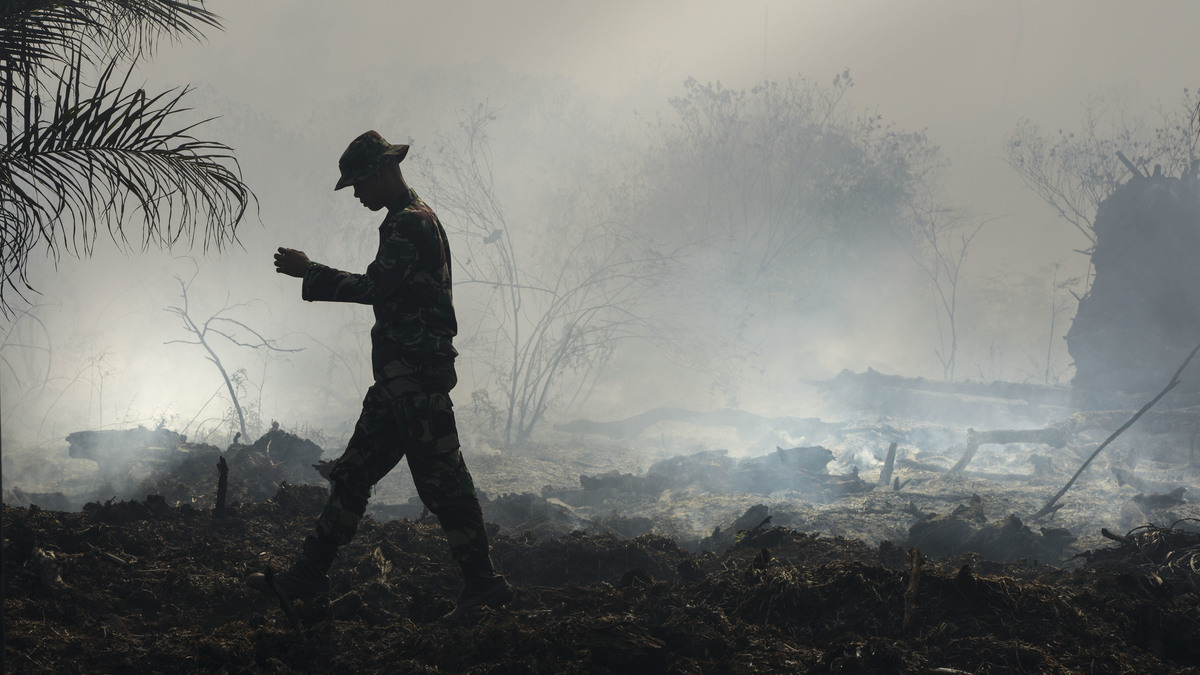 An Indonesian ranger inspects a peat forest fire in Aceh province in July 2017. Indonesia, unlike most of the world, lost less overall tree cover than usual last year.

Brazil experienced its second-highest rate of tree cover loss last year, after a peak in 2016. It was largely caused by manmade fires in the Amazon, according to the researchers. “The blazes have counteracted Brazil’s decline in deforestation-related carbon emissions since the early 2000s,” they noted.

In the Democratic Republic of Congo, forest loss broke new records, climbing 6 percent from 2016. The increase was driven by small-scale logging operations, agriculture and charcoal to supply the demand in Kinshasa and other urban areas, Weisse said.

There were faint glimmers of hope. Indonesia, including provinces in Kalimantan and Papua, saw a 60 percent reduction in primary forest loss. Experts attributed the decline to heightened law enforcement, education and the suspension of burning and draining peat. But wet conditions that limited fires, because it was a non-El Niño year, caused the researchers to keep their optimism in check.

Forest conservation could help mitigate the impacts of climate change but it is vastly underfunded. According to Frances Seymour, distinguished senior fellow at WRI, a billion dollars funds forest conservation compared to $777 billion which finances agriculture and other land development that endangers forests.

The report comes as leaders from around the world meet at the Oslo Tropical Forest Forum this week. It also comes in the wake of Global Witness data that 197 people were killed in 2017 for defending land, wildlife and natural resources.

“The report is telling a bleak picture, but it isn’t necessarily telling us that we should give up,” Weisse said. “It’s more of a wake-up call. What we are doing right now isn’t enough.”